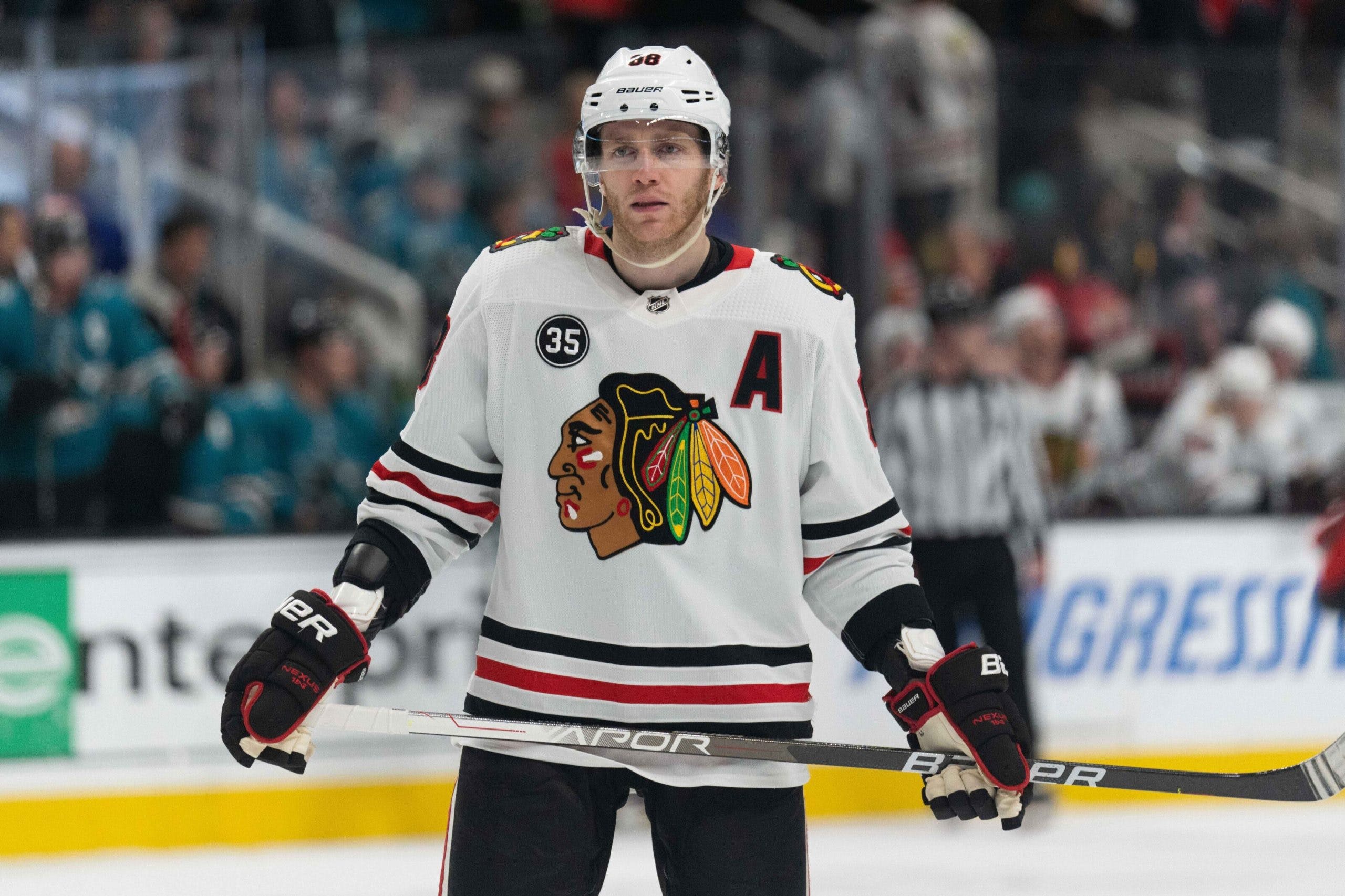 By Liam Horrobin
5 months ago
The hot topic around Oil Country the past few weeks revolves around a former Stanley Cup Champion. The Chicago Blackhawks are tearing the organization down to the studs, potentially resulting in Patrick Kane departing the team.
We all know the player that Kane is. He’s an elite scoring winger who would make any team better. Of course, Kane also comes with some off-the-ice baggage, which many of you mentioned in response to this week’s Nation Thoughts tweet.
On the ice, he’s one of the best and has proven that year after year. Kane has played over 1100 games in the NHL, all with Chicago, and has 1180 points and 430 goals. Last season, the former first overall pick hit the 90-point mark (92) for the first time since 2019. Kane did this on a Blackhawks team that didn’t have another player score at a point-per-game rate. Kane is now 33 years old with one year left on his contract at $10.5 million. A contract that almost every team in the NHL would struggle to acquire.
With those three things being considered, should the Edmonton Oilers acquire Patrick Kane?
Many people in the comments spoke about the Oilers acquiring a new defender rather than trading for Kane. Those people aren’t wrong by any means. The Oilers blueline needs some serious help on the defensive side of things.
Feel free to check out the rest of the comments on my Twitter.
It was a reasonably even debate for this week’s Nation Thoughts, with the final decision split right down the middle. There are many pros and cons with Patrick Kane and what the Oilers look like with or without him.
There’s no denying the Oilers need another defenceman. Losing Duncan Keith is a more significant loss than people want to admit, and Ken Holland is yet to replace his 20 minutes a night. Adding Kane wouldn’t help stop the puck; however, maybe outscoring the opponent by two or three goals a night is the way Holland wants to go.
The acquisition cost is intriguing. Edmonton doesn’t have the cap space to add Kane for picks, so players with money value would have to return to Chicago. Could one of those players be Warren Foegele? He’s still a young promising player at 26 years old with a cap hit of $2.750 for two more years. By no means is Foegele enough, but he’s a way to add money to the deal. The rest would need to be retained by Chicago and possibly even a third team.
Holland will need to be creative if he wants to do this workout. Can he do that? Stay tuned for now.
I want the Oilers to acquire Kane. It won’t help the #1 need for a blueliner; however, the defenders in Edmonton are good enough to make them a top team in the Western Conference throughout the regular season. Then, when the trade deadline comes around, Holland can take a shot and get another defenseman as he did with Brett Kulak at the last deadline.
Plus, a team with Kane, Connor McDavid and Leon Draisaitl feels like something you’d see in a video game, not in the real NHL. When you add Evander Kane, Ryan Nugent-Hopkins and Zach Hyman to that group, who will outscore the Oilers?
Oilers Talk
Social Corner
Recent articles from Liam Horrobin