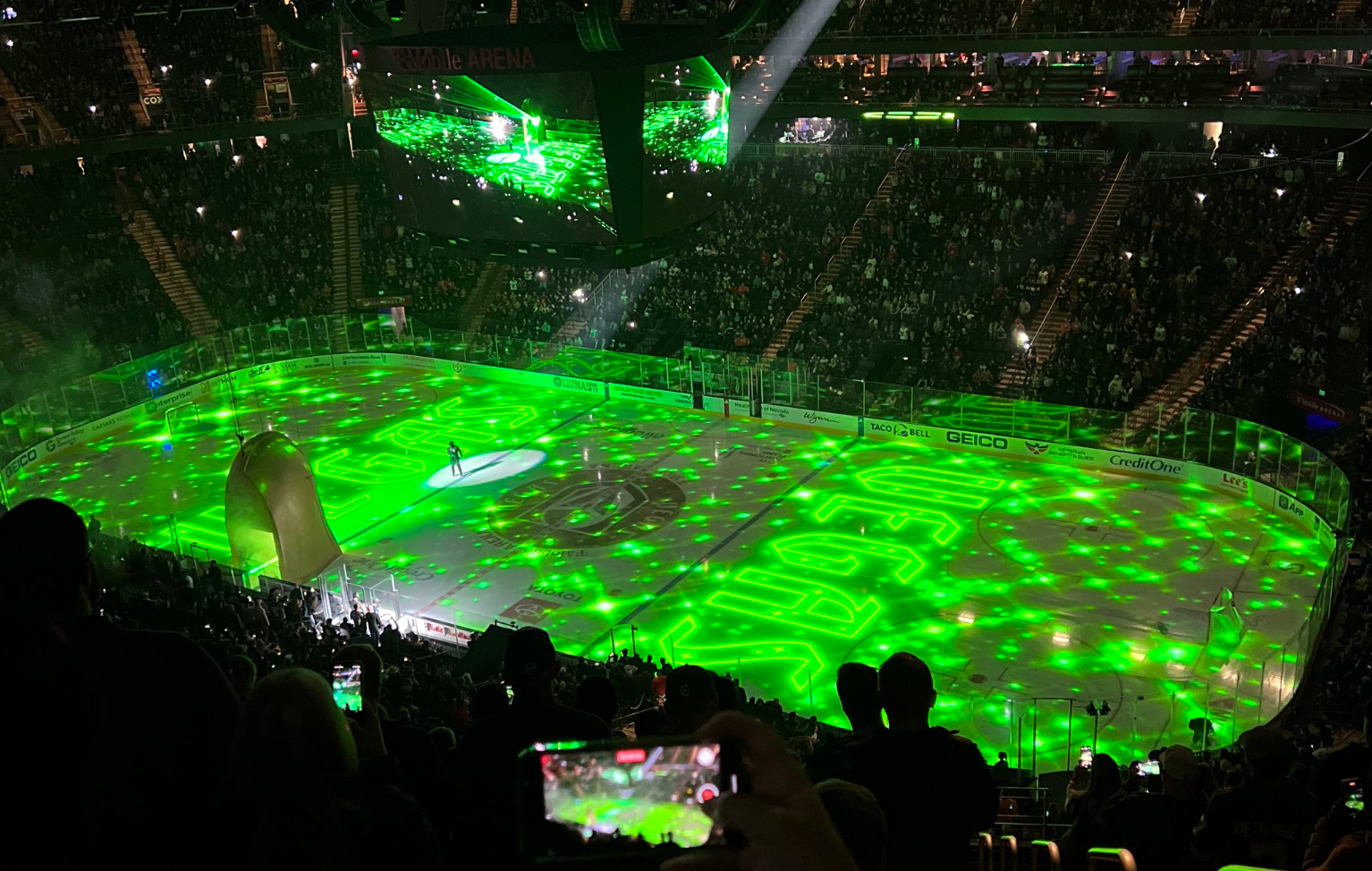 By baggedmilk
14 days ago
What a weekend.
I can’t even begin to describe what a fantastic weekend we had with the crew of peeps that joined us on the third #NationVacation to Las Vegas. From the watch party at Tom’s Watch Bar on Friday night to the rowdy win at T-Mobile arena 24 hours later, it was truly remarkable to see the presence we created behind enemy lines and I am so grateful to everyone that helped make this possible.
Right from the jump, I knew this was going to be an amazing trip based on the vibes from the plane alone. Even though I only caught the tail end of the chant in the video above, it wasn’t the first time a chant kicked off and when that started happening, we all knew this trip and this crew had all of the ingredients needed for a special trip. Needless to say, spirits were sky-high when we left Edmonton on Thursday, and if the boys on the ice could give us a little bit of help, there was going to be a whole lot to celebrate. What we didn’t know at the time, however, was just how many other Edmonton fans would be down in Vegas at the same time and how the boys in white and orange would run the table for the weekend.
After kicking off the weekend with a packed house at Tom’s Watch Bar — I covered the party on Saturday morning so I won’t do it again now, but it was awesome — the folks on our trip were so excited and incredibly fun to talk to. But as much fun as we all had that night, beating a team as bad as San Jose can only take you so far. Basically everyone we talked to said the same thing, “this was fun but they really need to find a way to beat Vegas tomorrow.” Yeah, we were absolutely there to party but we also knew how important that second game was going to be.
With a huge game against the division leaders on deck, Nation Citizens were dialed in and ready for launch. So by the time we made it to T-Mobile Arena early enough to watch the warmups, the building was already filling up with enough blue and orange to make a scene behind enemy lines. Thankfully, the boys on the ice were ready and willing to give us something to cheer about. After Janmark opened the scoring right off the jump, the place got really loud and there was no calming it down from there.
After the game, it was hilarious to watch the chants and cheering going on around the strip, and what made me laugh most was heading back to Park MGM and seeing a line full of Edmonton jerseys ready to cash in those tickets. Not only did we all have an amazing time — that’s what happens when you come on these trips — but to have the boys on the ice cash in back-to-back wins for us was the cherry on top of an incredible sundae.
As I sit here at Nation HQ on the first day back to work after a trip like that, I find myself feeling incredibly grateful for the community surrounding this website and how fantastic all of you are for wanting to join us on these adventures. There’s just something incredibly special about being with other Nation Citizens and watching some hockey in a new place. I found myself looking around the room in awe — first Tom’s Watch Bar and then the arena 24 later — about the way we travel as a fanbase. So from all of us here at Oilersnation, I just want to say thank you 200x for making this latest #NationVacation so incredibly special, and I can’t wait to do it again when we go to Toronto in March.