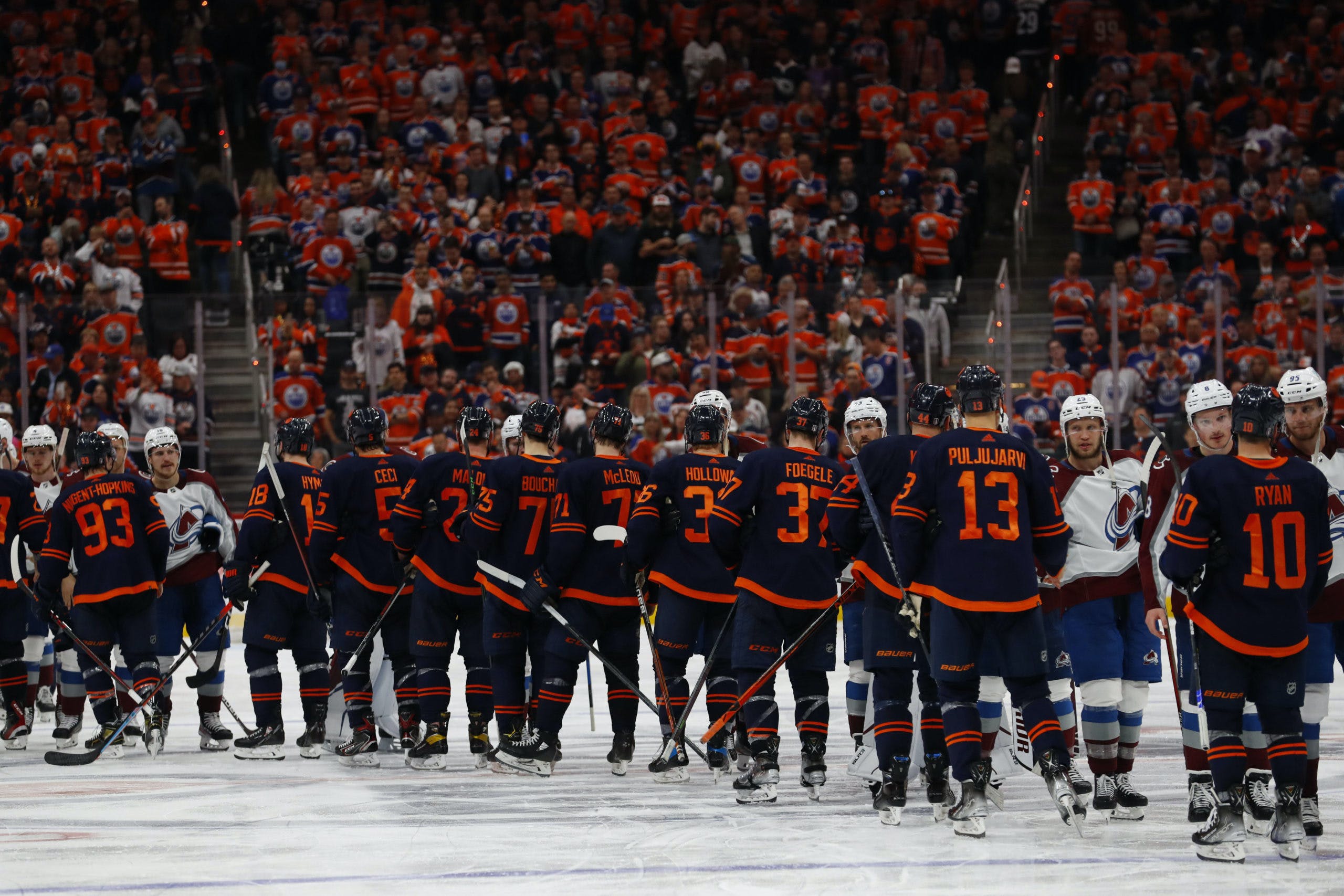 By Zach Laing
5 months ago
What a ride it’s been.
A strong Edmonton Oilers season came to an end Monday night after falling 6-5 in overtime to the Colorado Avalanche. It was a tough end to the season watching the Oilers get swept, but credit to the Avalanche — they’re an absolute wagon.
Nonetheless, there are more than enough storylines surrounding this team heading into the off-season. Evander Kane, UFA’s, RFA’s, potential retirements, the draft, free agency and a whole lot more.
To wrap up the Avalanche series and dabble into what’s ahead, Woz and I jumped on the YouTube machine once again.
0:00 GAME BREAKDOWN
3:02 WHAT COULD’VE BEEN BETTER
6:33 PLAYER OF THE SERIES
7:41DARNELL NURSE INJURY
8:34 KEN HOLLANDS PRIORITIES
12:02 WRAP UP
Zach Laing is the Nation Network’s news director and senior columnist. He can be followed on Twitter at @zjlaing, or reached by email at zach@oilersnation.com.
News
Oilers Talk
Recent articles from Zach Laing