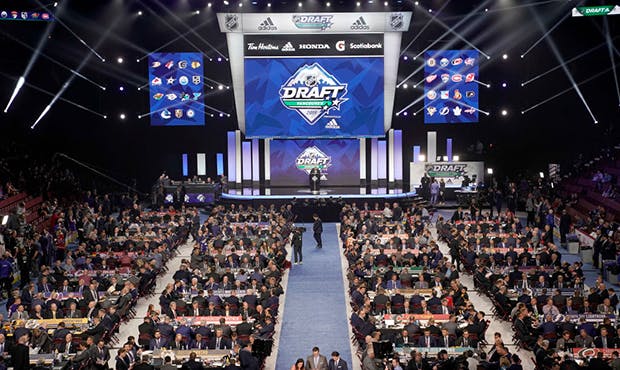 By Jason Gregor
1 year ago
In five years when we look back at the 2021 NHL entry draft I suspect there will be lots of questioning how teams missed on players who were taken in middle rounds. This has been the most challenging draft for scouts in NHL history. The Ontario Hockey League didn’t play any games. The Western Hockey League played between 16-24 games, and most only played the same three to five teams. The Quebec Major Junior League had teams play 26-43 games. American University teams played between 14-31 games depending on their conferences. The USHL played 49-54 games, while European leagues had a wide variety of 30-60 games.
The QMJHL, NCAA, USHL and Euro leagues had some form of playoff games, but the main challenge for scouts is most had few very live, in-person viewings of players. Many scouts had to rely on video scouting, and often were at the mercy of the video feed. I spoke with dozens of different scouts and they all agreed that video scouting was challenging.
The camera angles, relative to the ice surfaces, made it difficult to accurately gauge specific aspects such as:
Skating mechanics.
Speed differential in how fast they move from point A to B based on the frame rate.
Separation speed (if camera was too close to the ice surface, it was hard to see).
A defenceman’s gap, as often they would be off screen.
Back checking or back pressure.
The flow, rhythm of the game and how the players reacted — can’t see how they reacted out of the camera angle
For many of the games the quality of the feed was not HD, and some were even grainy so seeing specific details was a challenge.
I think you could see teams shy away from players they didn’t see live often enough, and I sense that will lead to some players being chosen later than normally would have. Of course, every draft has some players taken later who become very good NHL players, but that was more due to teams having a concern about the player.
This year it will be more about a lack of an in-depth evaluation and not having confidence they know a player well enough. You just have to look at the public rankings to see how those scouts view players differently.
Owen Power has emerged as the clear consensus #1 pick, but once he is chosen it will be interesting to see which skaters go next. Players like  Matthew Beniers, Brandt Clarke, Simon Edvinsson William Eklund, Dylan Guenther, Luke Hughes, Kent Johnson, Chaz Lucius, Mason McTavish and Cole Sillinger.
And the two goalies; Sebastian Cossa and Jesper Wallstedt.
There are others we could see slide in the top-13 as well, which makes this draft so intriguing.
Teams were able to see many of the top ranked players at the U-18 tournament, but the second-seventh round picks is where teams who had more live viewings could have an advantage. We usually need five to seven years before we can accurately evaluate a draft class to see which later round picks are developing, and this year will be no different, but don’t be surprised if down the road this draft class has more later round selections blossom into solid NHLers. 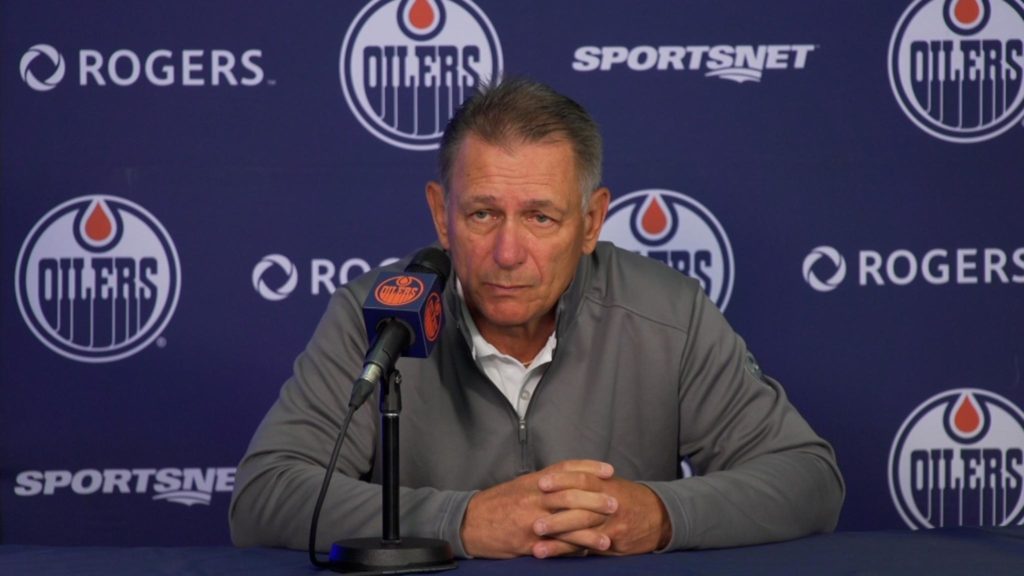 — Ken Holland said it is likely the Oilers select a forward. If you look at most draft rankings it is mainly forwards ranked between #15-25. Holland said if one of the D-men they have ranked high drops, they could take him at #19, but most likely it will be a forward. It makes sense, because the Oilers forward depth in the system isn’t very deep. Most scouts I’ve spoke with don’t believe either Cossa or Wallstedt will be available at #19. If one is there, Edmonton will strongly consider selecting him.
— The Hughes brothers could make NHL history tonight and become the only family in NHL history to have three brothers selected in the top-10 picks. Quinn Hughes was taken seventh by Vancouver in 2018 while his brother Jack went first overall in 2019 to New Jersey. Luke is the biggest of the three, at 6’2″, and skates just as well as his older brothers. There is a very good chance he will be taken in the first 10 picks.
—We’ve seen two brothers taken in the top-10, but never three. The Sutters came the closest, with Ron (fourth), Rich (tenth) and Darryl (11th). Duane and Brent each went 17th and Brian was 20th. Six in the top-20 will never be matched.
—The Staal brothers were very close to having three in the top-10. Eric and Jordan each went #2, while Marc was 12th. They have the best combined draft selection for a trio of brothers in NHL history. Luke Hughes would need to be selected no later than seventh to beat them.
— The highest combined draft selection of two brothers belongs to Sylvain and Pierre Turgeon. Sylvain went second to Hartford in 1983, while Pierre went first to Buffalo in 1987. It will be difficult for any brother combination to match them.
— Other brother combos selected in the top-10 picks.
Eric Lindros (#1) and Brett (#9).
Henrik Sedin (#2) and Daniel (#3).
Dave Babych (#2) and Wayne (#3).
Sam Reinhart (#2) and Griffin (#4).
Scott Niedermayer (#3) and Rob (#5).
Dylan Strome (#3) and Ryan (#5).
Brady Tkachuk (#4) and Matt (#6). Their father, Keith, was the 19th pick.
Luke Schenn (#5) and Brayden (#5)
William Nylander (#8) and Alex (#8).
Did I miss any?
— Brad Allen from HockeyProspect joined Frank Seravalli and me on our podcast this morning and he had some excellent analysis on many players as well. You can listen via Apple, or on Spotify or at Dailyfaceoff.com. Frank and I discussed the expansion draft, how Seattle played it too safe, top trade targets and one team that is looking to move up in today’s draft, so they can make a bigger trade.

— I won’t be surprised if the Oilers trade down at #19. Doesn’t mean they will, but moving down a few spot to add another pick is strong possibility.
— Zack Hyman is a solid player, but there is no need to over inflate his value. Regardless of his cap hit, a seven or eight-year deal is a big risk. His style of play and his age are the main reasons. Edmonton’s plan is about the next four years. It is why RNH and Hyman, when he likely signs, will be on long-term deals that lowered their overall AAV. Both contracts have significant risk in the latter years.
— Hyman’s style of play will help Edmonton, but a polite reminder that Connor McDavid scored 105 points in 56 games this season. He was on pace for 153. If Hyman is that positive of a contributor on his line then McDavid might push for 160 points, which I find incredulous even writing, but Hyman’s presence won’t make McDavid a 150-point player — he was already on pace to do that this past season.
— Did you know: McDavid played 56 games last season. In 38 games against Ottawa, Winnipeg, Calgary and Vancouver he scored 83 points. He averaged 2.18 pts/game in 68% of his games. I’ve read many suggest he only scored so much because he played Ottawa. Untrue. Of course next season there will be more games and more travel, so it will be more challenging, and while he will face teams like Tampa Bay, Boston, Carolina, Colorado and other top teams, he will also play Buffalo, Anaheim, New Jersey, Columbus and other bottom-tiered teams. I think 150 points is very realistic for McDavid, regardless if Hyman plays on his wing or not.
— The biggest challenge for Ken Holland will be to find an adequate third line centre and a RD who can play hard minutes. There aren’t many available in free agency. I keep hearing Luke Glendening. He fills a big need, in that he can win faceoffs on the PK, which would save Leon Draisaitl from having to do it. Glendening has scored nine, nine and eight goals at 5×5/PK, so he can chip in somewhat offensively, but he’s not a third line threat offensively. He’s more of a fourth line C, but might have to start in the three hole until Ryan McLeod is more comfortable and able to play third line minutes. On a cheap contract I see the benefit of Glendening, but it is important to note he is a stop gap in the three spot.