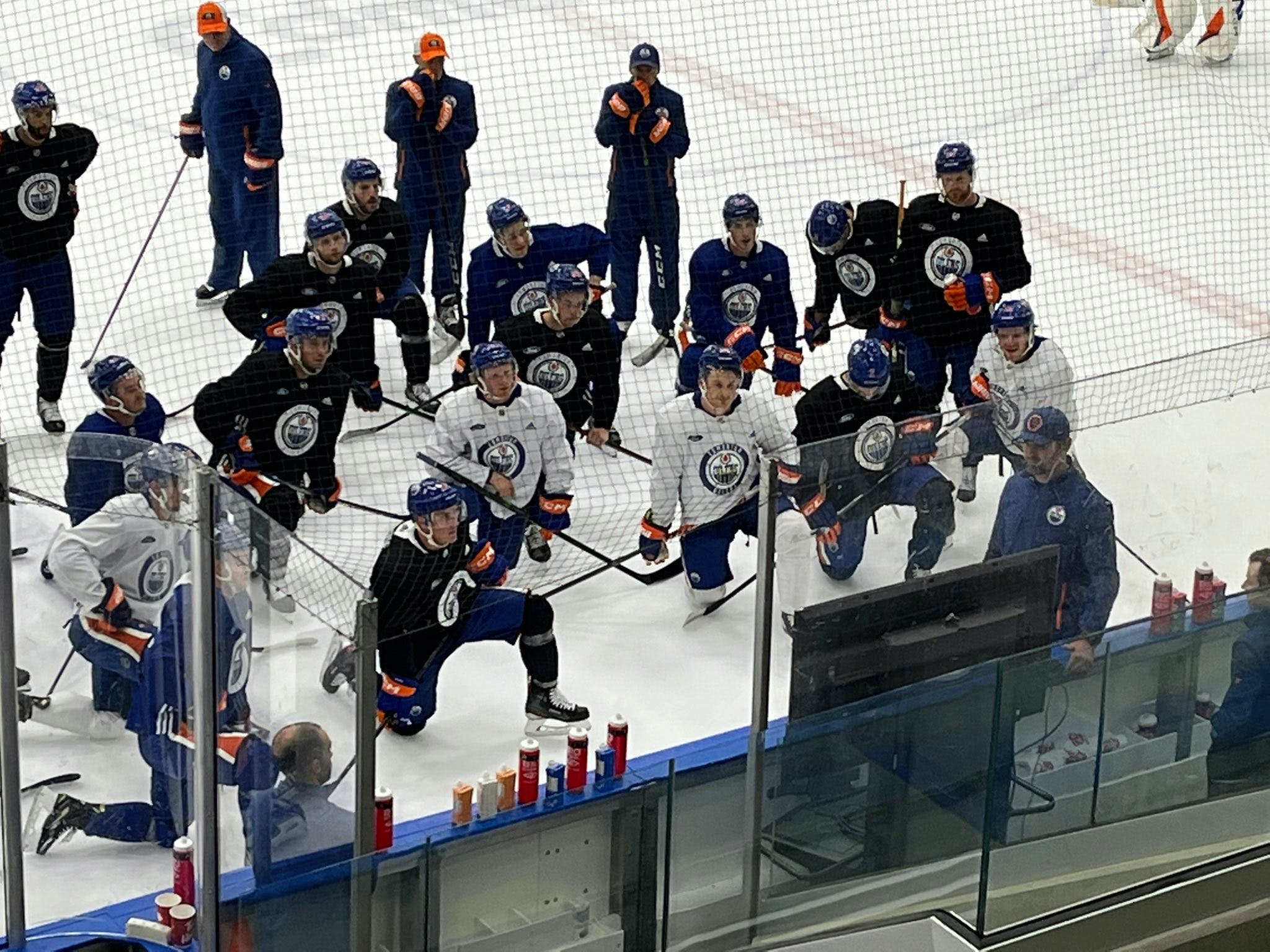 By Zach Laing
3 months ago
A few Edmonton Oilers missed practice on Thursday.
Kailer Yamamoto missed practice due to being banged up, while Warren Foegele and Dmitri Samorukov were both kept off the ice. Leon Draisaitl, meanwhile, had a personal day.
Tyler Benson, meanwhile, is being considered week-to-week and was seen wearing a left brace while watching practice, The Athletic’s Daniel Nugent-Bowman noted.

True franchise players are hard to come by. There’s truly only a handful across the league and for the first time, Daily Faceoff is unveiling its “Archetype Rankings.”
Meant to classify players across the league, Daily Faceoff will detail nine key classifications: Franchise players, clutch players, distributors, shooters, power forwards, net front scorers, puck-moving defencemen, shutdown defencemen, and power play specialists.
The project, head manned by Frank Seravalli, kicked off Thursday looking at the franchise players across the league.
No surprise, but two Oilers made that list: Connor McDavid and Leon Drasiatl, who was listed as No. 1 and No. 5, sandwiched between Auston Matthews (No. 2), Cale Makar (No. 3) and Nathan MacKinnon (No. 4).
Here’s some of what Seravalli wrote:

With some of the elite superstars left off the Franchise list, it becomes a bit easier to envision which archetype classification they might fall under. Gaudreau and Huberdeau are two of the elite passers and playmakers in the league, for instance, so you can expect them in the Distributor archetype ranking in the coming days.
The Franchise ranking raised significant questions from front office personnel polled, such as: “Is Alex Ovechkin still a franchise player at age 37? Is Matthew Tkachuk unique enough to be considered a franchise player?” The consensus answer to both of those questions was yes. Franchise players are inherently unicorns.
There were some agonizingly close calls. Heiskanen was universally respected but fell short because of his relative lack of point production that the other three defensemen have demonstrated. Front office personnel gave the nod to Sorokin over Saros based on the upcoming season projection and his rise into Vezina conversation last year. “Sorokin is a generational goaltending talent, I tend to view Saros more as a workhorse,” one front office member said. Another lobbied for the inclusion of Hellebuyck, who is coming off a difficult campaign in Winnipeg and is now facing the unknown after a tumultuous offseason.

A few other players in Alberta beyond Jake Virtanen got released from PTOs on Thursday.
The Calgary Flames released both Cody Eakin and Sonny Milano.
Eakin played in four preseason games scoring a goal and averaging 15:38 in ice time per game, while Milano also drew in for four games scoring no points and taking six shots.

The Dallas Stars got a tidy piece of work done last night by signing Jason Robertson to a four-year contract extension. Robertson was holding out of camp as an RFA, but now has a fresh four-year deal paying him $7.75-million per year.
Robertson’s coming off a great 2020-21 season in which he scored 41 goals and 79 points in 74 games. He helped form a great top line for the Stars alongside Roope Hintz and Joe Pavelski.
Zach Laing is the Nation Network’s news director and senior columnist. He can be followed on Twitter at @zjlaing, or reached by email at zach@oilersnation.com.