NHL Notebook: Is Dylan Holloway heading to the AHL, two trades shake out and more 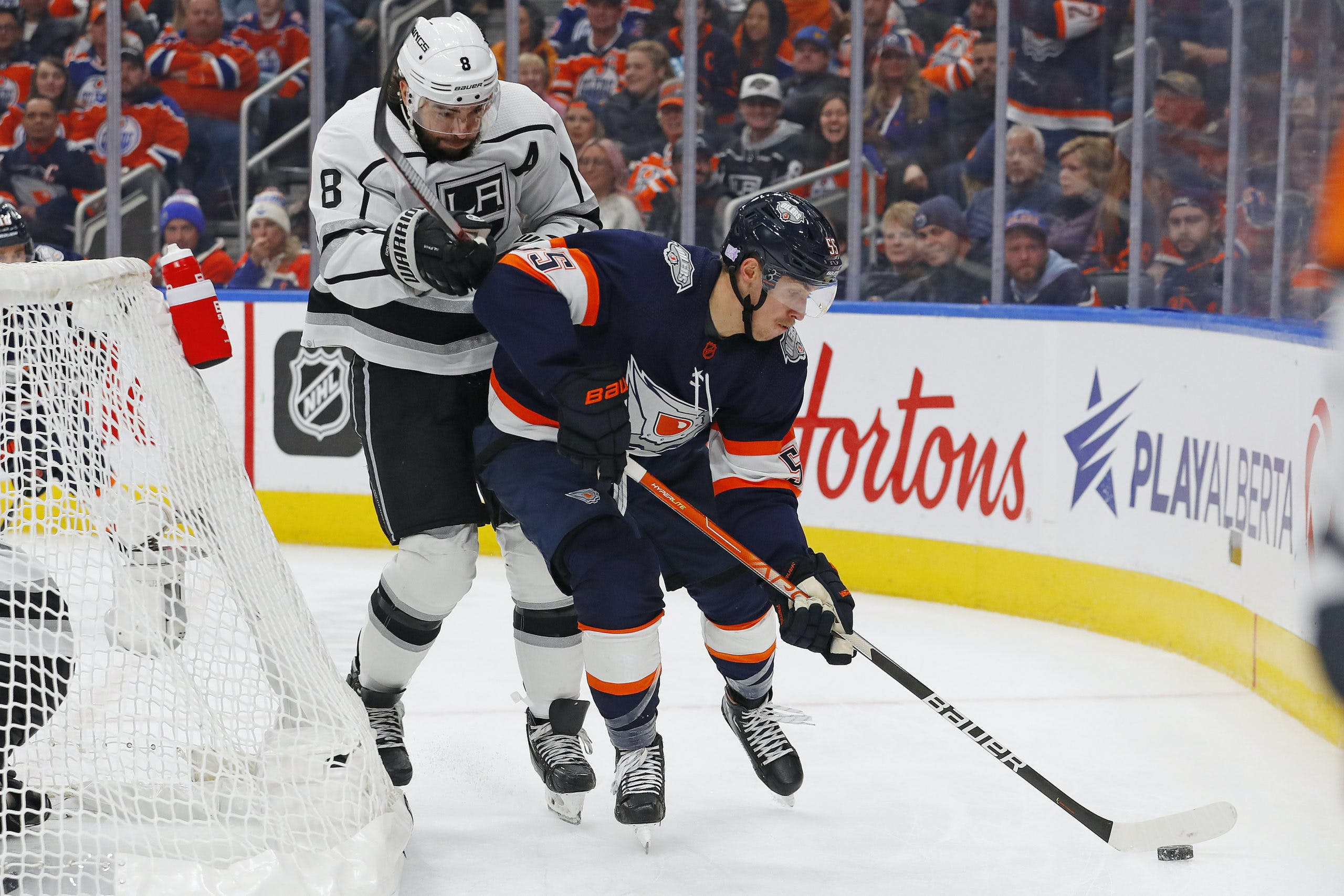 By Zach Laing
2 months ago
Signs are pointing toward the Edmonton Oilers sending Dylan Holloway to the American Hockey League.
According to The Athletic’s Daniel Nugent-Bowman, it could come as soon as Tyler Benson’s conditioning stint with the Bakersfield Condors. Benson, who would need to clear waivers to play with the AHL club, would likely be recalled to Edmonton and the team would subsequently send Holloway to the AHL.
This move makes a ton of sense. Benson had a strong camp with the Oilers this season and it was unfortunate that he was injured just before the season. He showed he can stick on a fourth-line role as an energy player.
For Holloway, it would give him the chance to play some meaningful hockey. The most important thing in any players development is playing hockey, and Holloway has the chance to play over 20 minutes a night in all situations.

Ryan Reaves to the Minnesota Wild

The Minnesota Wild acquired Ryan Reaves from the New York Rangers Wednesday morning in exchange for a fifth-round draft pick.
Reaves had been rumoured to be on the move in Daily Faceoff’s Frank Seravalli’s trade targets article. Here’s what he wrote of Reaves:

18. Ryan Reaves
Right Wing, New York Rangers
Age: 35|
Stats: 12 GP, 0 G, 0 A, 0 Pts
Contract: Pending UFA, $1.75 million AAV
Scoop: Reaves has been a healthy scratch in four of the Rangers’ last five games. The belief is New York isn’t looking for much in return to gain the salary cap flexibility. And there are more than just a couple teams (Edmonton?) looking for a little size and bite in their bottom-six forward group.

The Leafs, meanwhile, acquired defenceman Conor Timmins from the Arizona Coyotes. In return, Toronto sent back 6’9″ center Curtis Douglas.
Here’s some of what Daily Faceoff’s Steven Ellis wrote of the deal.

Timmins, 24, has been plagued with injury issues over the past few years. He once missed 18 months with a concussion sustained during his junior hockey career. The 2017 second-round pick by Colorado played just eight games with the Coyotes over the past two seasons, with last year getting shortened to just six games after a knee injury ended his season early. Timmins had three assists in six games with AHL Tuscon this year.
Timmins was originally acquired in the deal that sent Darcy Kuemper to the Colorado Avalanche back in 2021.
With a fully healthy lineup, Timmins would likely find himself on the waiver wire in Toronto. Right now, he’ll help give the team some decent two-way depth after losing Morgan Rielly to a knee injury earlier this week. Jake Muzzin and T.J. Brodie are also out, leaving Toronto without three of its top four defensemen.

Former Vancouver Canucks head coach Travis Green has been selected to coach the Canadian Spengler Cup team.
He worked behind the bench for the Canucks for parts of five years before being replaced by Bruce Boudreau in December 2021.
Canada’s won four of the last five Spengler Cups, but the tournament hasn’t been held since 2019 due to the COVID-19 pandemic.
Zach Laing is the Nation Network’s news director and senior columnist. He can be followed on Twitter at @zjlaing, or reached by email at zach@oilersnation.com.
Featured
Nation Takes
Oilers Talk
Recent articles from Zach Laing