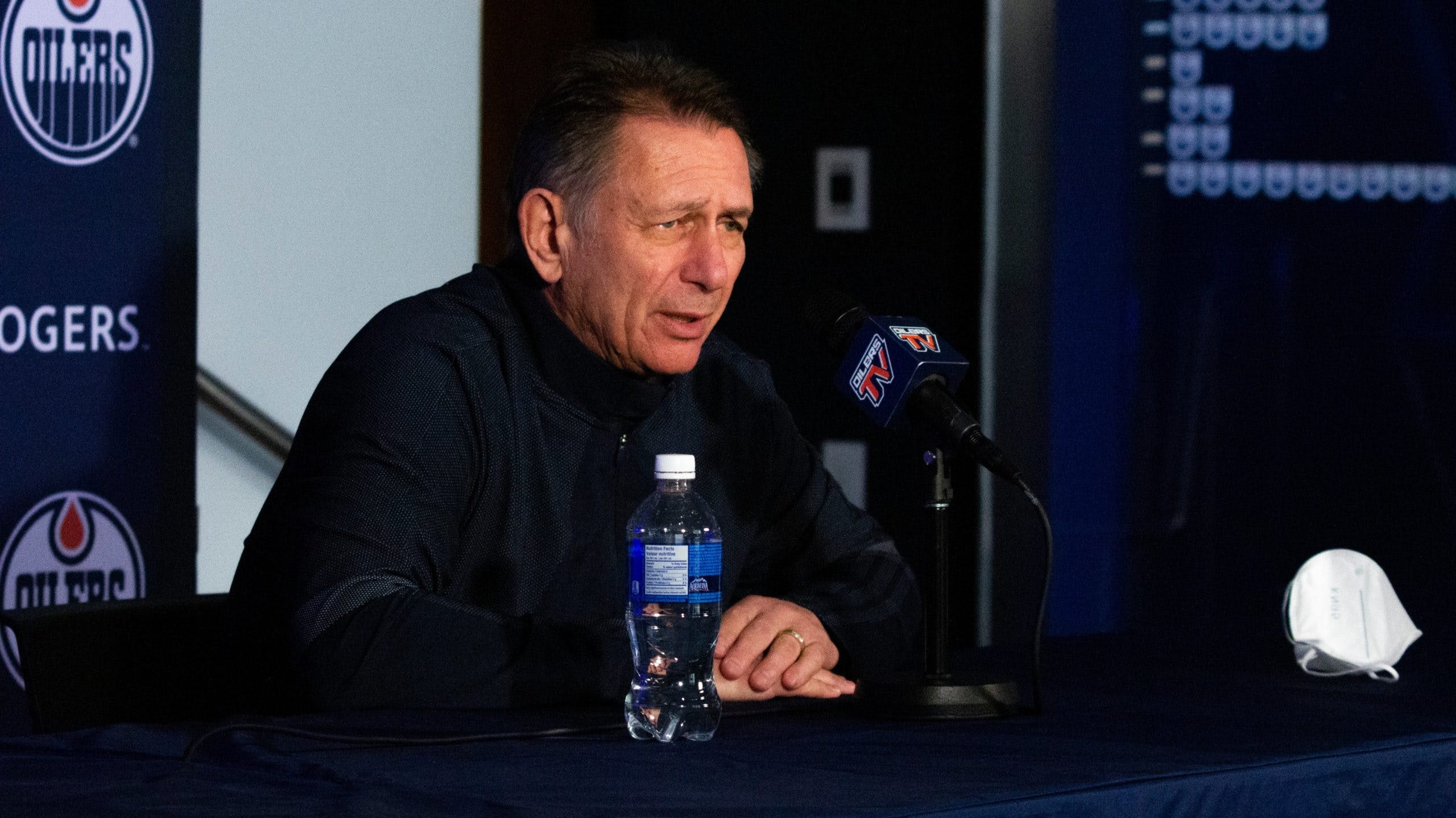 By Zach Laing
2 months ago
Things are getting tense in Oil Country as the team has struggled to play up to expectations.
And as always, the focus begins to shift towards who the Edmonton Oilers could bring into the team to boost their squad.
On Oilersnation Everyday Thursday, Daily Faceoff’s Frank Seravalli joined Tyler Yaremchuk and threw out some possibilities for what the team could do later in the season.

Of the list of Oilers priorities, I would think that adding a defenceman at this exact moment in time, while that may have previously been a mission or mandate for this team, it is not. I think it starts down the middle they’d like to add a really strong center. Second thing, when you’re looking at the bottom six, you mentioned jam. Find someone hard to play against. Wether it’s old school braun and toughness… but also somebody that is totally relentless on pucks that makes your team hard to play against.
The Oilers bottom-six has none of that. If they’re not scoring, what are you getting out of that group? That’s the big question mark. That’s what they’ve been focused in on.
I would say, the longer the Jack Campbell thing goes on, and depending on how Stuart Skinner plays, you could probably make the argument at a certain point — not that I don’t think they’re going to do anything related to it — but that goaltending might be ahead of the list than defenceman for the Oilers.

You can listen to more of Seravalli’s comments below.

The Edmonton Oilers loaned forward Tyler Benson to the AHL Condors Thursday afternoon for a conditioning stint.
Benson is working back from a lower-body injury suffered just before the start of the season and he was placed on the LTIR. After a great training camp, it was disappointing to see him get hurt.
The conditioning stint tells me that the Oilers will look to bring him back up to the big club, and one has to wonder if the club will send down Dylan Holloway to play 20+ minutes a night in the American League afterwards.

On today’s Oil Spills, I dove into the Alex Edler hit on Connor McDavid and why there should’ve been a suspension handed out.

The Devils are hot, hot, hot

Few teams have been hotter to start the year than the New Jersey Devils.
They’re amid a 10-game winning streak and they seem to be legit.
At Daily Faceoff, Steven Ellis took a look at what’s clicking.

For a team that, in the past few years, was looking to not get embarrassed up front, having the depth they have now up front is huge. Bratt can play anywhere in the lineup. Hughes has had chemistry with so many different wingers. They’ve got a bad-you-know-what fourth line. They out-score you. They out-defend you. So basic, but it’s why they’ve been unstoppable all month long.
When you dig deeper into the talent this group possesses, it’s not that they’re playing above expectations: the team’s key players are playing exactly as they should. The Devils are fast, skilled and thriving in nearly all facets of the game. It’s easily one of the best stretches in franchise history, marking just the third time they’ve hit double digits in a win streak. Their record was 13 in 2000-01, which is doable again if they can overcome Toronto on Thursday.
The Devils play Toronto twice, Ottawa and Edmonton over the next week, so the schedule will ramp up a bit. This will be the team’s strongest test of the season, and one they’re capable of piling through. This is a good club, and while it’s too early to think about the playoffs, you can’t ask for much of a better start.
Devils fans deserve this. After years of struggles and a few glimmering signs of hope falling by the wayside, this team is finally starting to show it means business.