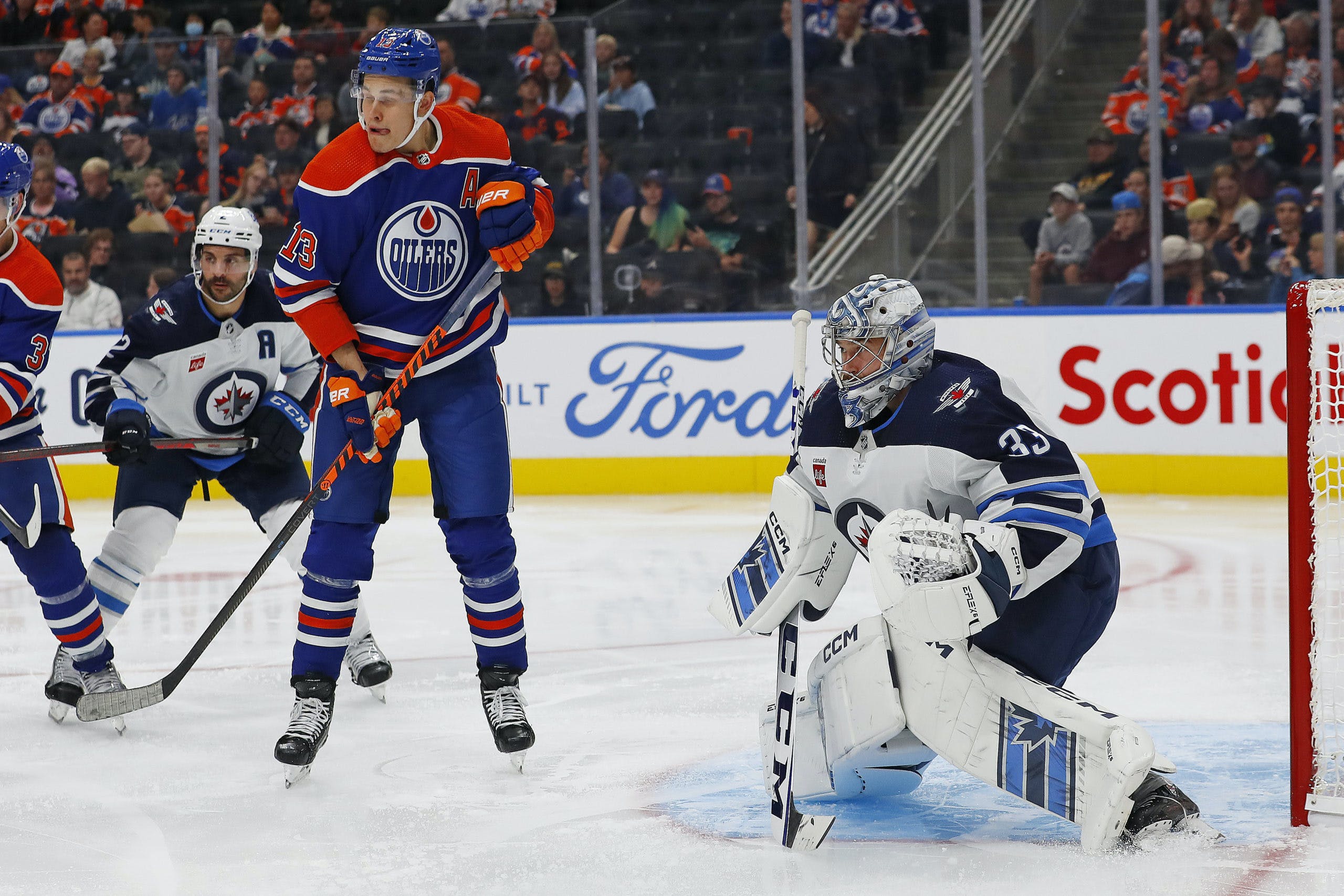 By Jason Gregor
1 month ago
The NHL needs to readjust its scheduling starting next season.
It is inexcusable that the NHL allows some major division rivals to only play three times in a season. Pittsburgh/Philadelphia, New York Islanders/Rangers and Edmonton/Calgary only play three times this season. This should never happen, especially because there is a very easy solution.
The NHL playoff format has a strong emphasis on divisional matchups, so it makes sense to have more games against divisional rivals than anyone else. The easy fix is to play four games against division foes (28 games), then two games against teams in the other conference (32 games) and that leaves 22 games against the other division in your conference. And you can play six of those eight teams three games, and then two games against the other two. It’s simple, clean, and easy to outline each year.
Currently, the NHL has 26 games within your division, which leads to playing five opponents four games, and the other two division rivals three games. This year it is many of the biggest division rivals who only play three times. It shouldn’t happen again. This is a simple fix the NHL should implement.

JP is not JL

I understand liking a player, but I think it is unfair to suggest Jesse Puljujarvi might become Jere Lehtinen. It only sets up Puljujarvi for failure, as Lehtinen was an outstanding player. He won the Selke Trophy, awarded “To the forward who best excels in the defensive aspects of the game,” three times. He finished third in Selke voting in only his second season in the NHL, and won it in his third. He finished top six in Selke voting eight times and was top three six times. Puljujarvi has had one Selke vote in his career.
Lehtinen scored 30+ goals twice and scored 20 or more in five other seasons. He was the last winger to win the Selke. He was a rare talent. Very smart, good enough hands to score, and was incredibly aware and talented defensively. He was an incredibly smart player.
Puljujarvi’s career high in five seasons is 15 goals. Lehtinen had three 20-goal seasons in his first five full NHL seasons. It is okay to like Puljujarvi, he is a legit NHL player, but making unrealistic comparisons is not fair to him, and it it downplays the brilliance of Lehtinen.

On Friday, October 7th we hosted our fourth annual Jason Gregor Pizza Pigout on Friday. It was another sellout. Thank you. Over 120 vehicles were greeted with goodie bags, loads of pizza and then we watched The Bad Guys. It was a great success. The weather was amazing as some people brought lawn chairs, blankets and coolers and watched it outside. And a massive thank you to Volvo of Edmonton for being the title sponsor.
We had over 25 pizzerias donate hundreds of pizzas for the chance to take home bragging rights in many different categories.  Here is a list of this year’s winners as voted on by the ticket holders. 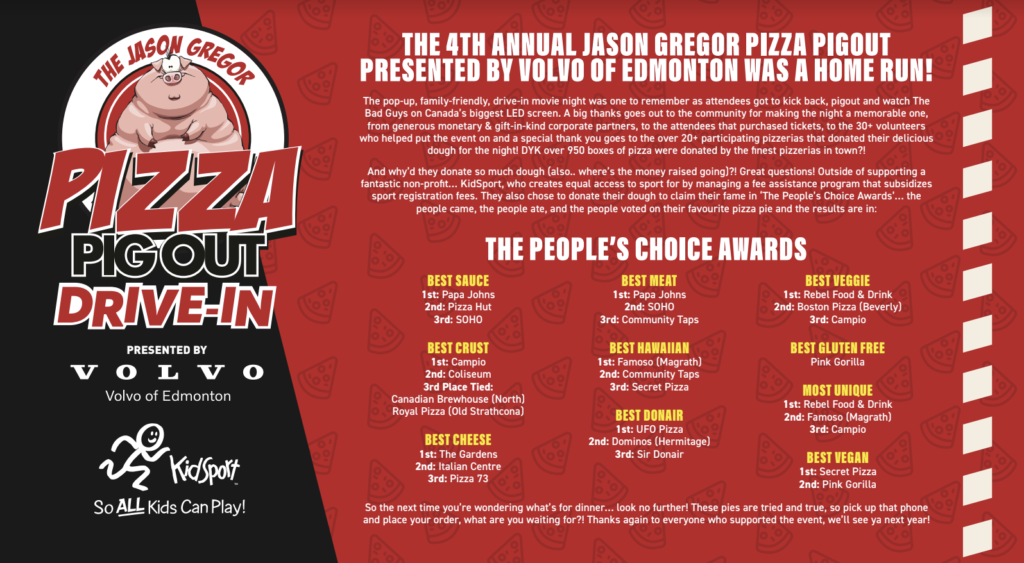 The best part for those who came, is there is no bad pizza. They were all delicious and I truly thank all the pizzerias for donating their time and pizza for a great cause.
Congrats to all the winners. Please support all these wonderful pizzerias and enjoy their great pizza.
Thank you again for supporting KidSport and to all the pizzerias and sponsors who made this event so memorable. You can see all the photos from this year’s event here. Be sure to scroll to the right to see them all. The money raised last Friday helps many children have the joy of playing sports. KidSport is a wonderful charity, with very low administration fees, and giving kids the opportunity to play sports and feel part of a team is a wonderful blessing.
Thanks again for supporting the Pizza Pigout, and more importantly, for supporting KidSport so all kids can play. And thank you to Dayna and her team at KidSport for organizing such a great event, and a MASSIVE shout out to Renee and her incredible team of volunteers who made the evening run smoothly.
Editorials
Featured
Oilers Talk
Recent articles from Jason Gregor