By Robin Brownlee
11 months ago
When @Leon Draisaitl plays centre for the Edmonton Oilers, he reminds assistant coach Glen Gulutzan of Pavel Datsyuk or Anze Kopitar with his blend of offense and reliable 200-foot-game. So, Glen, what about when Dave Tippett loads up and Draisaitl plays on the wing alongside @Connor McDavid? Who then?
“When he’s on the wing, he’s Ovi,” Gulutzan said 10 days ago, discussing the possibility Draisaitl could score 50 goals in 50 games. Draisaitl made it 21 goals in 22 games this season with one in a 4-3 loss to the Seattle Kraken on Friday, which just happened to be the 500th game in Oilers’ silks for the big stud from Cologne, Germany.
Likening Draisaitl to a combination of Datsyuk, Kopitar and Alexander Ovechkin is high praise to say the least, but when you consider what the Deutschland Dangler has accomplished in 500 games since the Oilers called his name third overall from the Prince Albert Raiders in the 2014 Entry Draft, it’s not an outrageous take.
The winner of the Hart Memorial Trophy as MVP, the Ted Lindsay Award and Art Ross Trophy in 2020, Draisaitl, 26, has compiled 220-329-549 in those 500 games. That includes 50 goals in 2018-19. Along the way, Draisaitl, like McDavid, has already roared up the lists of franchise career leaders, joining names who made a habit of winning Stanley Cups here.
Draisaitl’s 220 career goals rank sixth. Next up, Ryan Smyth at 296. His 329 assists rank 10th with Smyth and Ales Hemsky ahead at 335. Draisaitl is ninth with 549 points and he should zip past Doug Weight (577) by the end of the season. There’s more of course – he’s eighth in ES goals with 132 and sixth in power-play goals at 80 – it just depends how deep you want to dig.
Simply put, Draisaitl is better than anybody this franchise has had in a long, long time who isn’t named McDavid. To have a duo with as much game as No. 97 and No. 29 bring to the table in tandem, you’ve got to go right back to the glory years when the Oilers paraded up and down Jasper Avenue on the regular.

Fans love three-on-three hockey when it comes to overtime in the NHL, but will the format sell in a new league scheduled to start up this summer with some well-known names, including former Oiler Grant Fuhr, in the mix as coaches? I’m not sure.
The league is called 3Ice and it’s a six-team circuit scheduled to get started at the Orleans Arena in Las Vegas June 18 in the first of nine tournament-style stops. The Canadian dates are in London July 16 and Quebec City July 30. Each team will be made up of six players and one goaltender. Teams will play games consisting of two eight-minute periods.
While the league isn’t long on details at this point beyond what’s on the website, 3Ice has attracted Fuhr and an impressive roster of coaches. Aside from Fuhr, there’s Guy Carbonneau, John LeClair, Joe Mullen, Larry Murphy and Bryan Trottier. Craig Patrick is the commissioner.
“Overtime is the most exciting part of hockey, other than the playoffs,” Fuhr said. “So, we are taking the most exciting part of hockey and putting it on display.” The league was supposed to start last summer but was delayed by COVID. There’s a story about the league from the Sports Business Journal here.
Without knowing what players will be involved beyond “Every player on a 3ICE roster will come from a professional hockey pedigree” from an old story on TSN, the price point for live tickets, revenue streams and costs, I don’t know if this can fly. The league apparently has a TV deal in place. What say you? 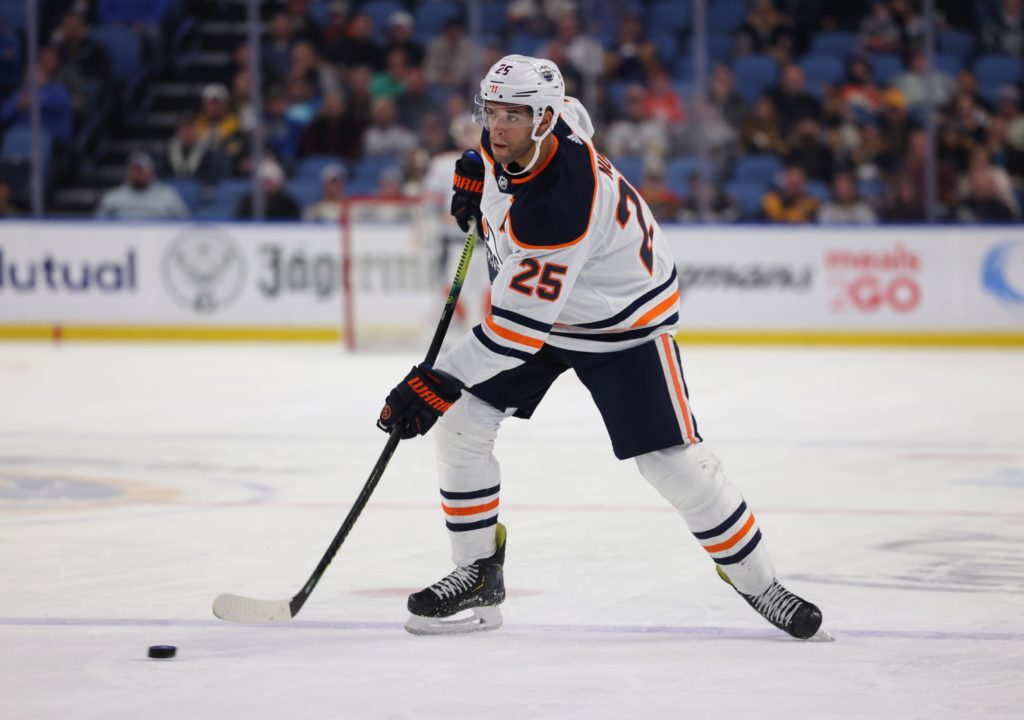