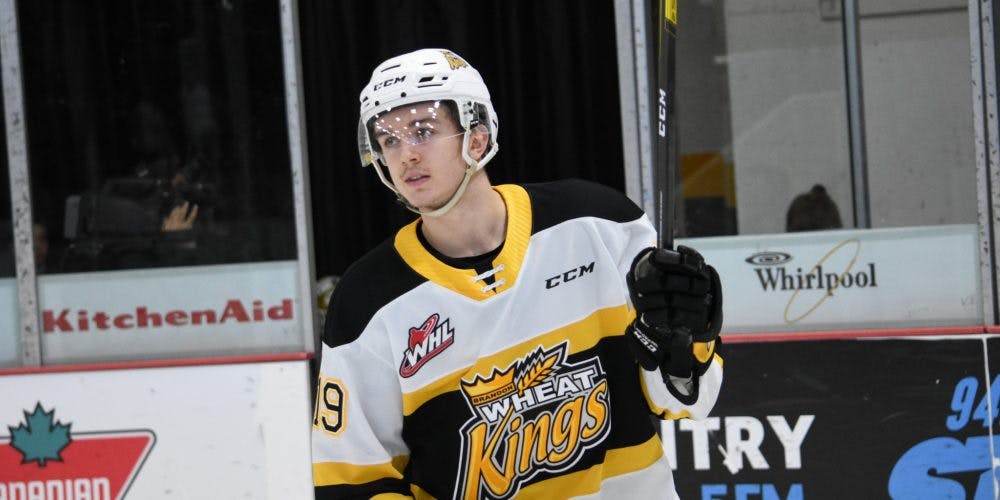 By Liam Horrobin
9 months ago
We are quickly getting to the end of the regular season, with the playoffs right around the corner.
It’s been an impressive year for most of the Edmonton Oilers’ prospects. With many of them leading the way on their respective teams.
However, some prospect’s seasons are now over, with most of the prospects in Europe now in the offseason and the NCAA finishing last Saturday.
Of course, the Oilers still have plenty of exciting prospects playing in North America to talk about, so let’s get into it.

Condors continue to win as the playoffs approach.

Last weekend, the Bakersfield Condors started with a 4-1 loss to the Colorado Eagles. Due to injury, the Condors were without many key players with Cooper Marody, Brendan Perlini, Dylan Holloway, Dmitri Samorukov, Philip Broberg, and Raphael Lavoie. Yanni Kaldis scored the lone goal.
Despite the injuries, they did get back in the win column the next night against Colorado. Bakersfield won the game 6-5 with goals from Adam Cracknell (2), Graham McPhee, Luke Esposito, Seth Griffith, and Alex Peters. Ryan Fanti made his first start for the Condors. They didn’t make it easy on him, allowing 41 shots on the rookie goaltender. He stopped 36 of them for his first career win.
McPhee continued to take advantage of the extra ice time against the San Jose Barracuda, scoring a goal and two primary assists. Darren Kielb also took advantage. He scored twice in what was his first game with Bakersfield. The Condors walked away with a 6-3 victory on the night.

Chiasson is hot as playoffs approach

Jake Chiasson has missed most of the 2021-22 season after recovering from surgery. However, after being back for a few weeks, he’s hit peak form as the Brandon Wheat Kings prepare themselves for the playoffs.
In three games this past week, the Oilers fourth round had two goals and five points. He had a big game against the Medicine Hat Tigers last Friday. Chiasson scored the game-winner and the insurance goal to lead the way in a 6-3 win. He also had two assists which came on the first and sixth goals.
He then grabbed a single assist against the Moose Jaw Warriors on Tuesday to take his points total to 17 in 18 games.
It’s looking like the Oilers might’ve found themselves another gem in the later rounds.

Savoie is a champion

If you didn’t know yet, Carter Savoie is an NCAA Champion.
Savoie and the University of Denver defeated Minnesota State University on Saturday night to take home the school’s 7th National Championship. The Oilers’ prospect didn’t score a point in the victory, but he did score the overtime winner against the University of Michigan to send them to the finals.
Savoie finished 6th in NCAA scoring with 23 goals and 45 points in 39 games for the Pioneers.
Next stop, Bakersfield?
Nation Takes
Oilers Talk
Recent articles from Liam Horrobin