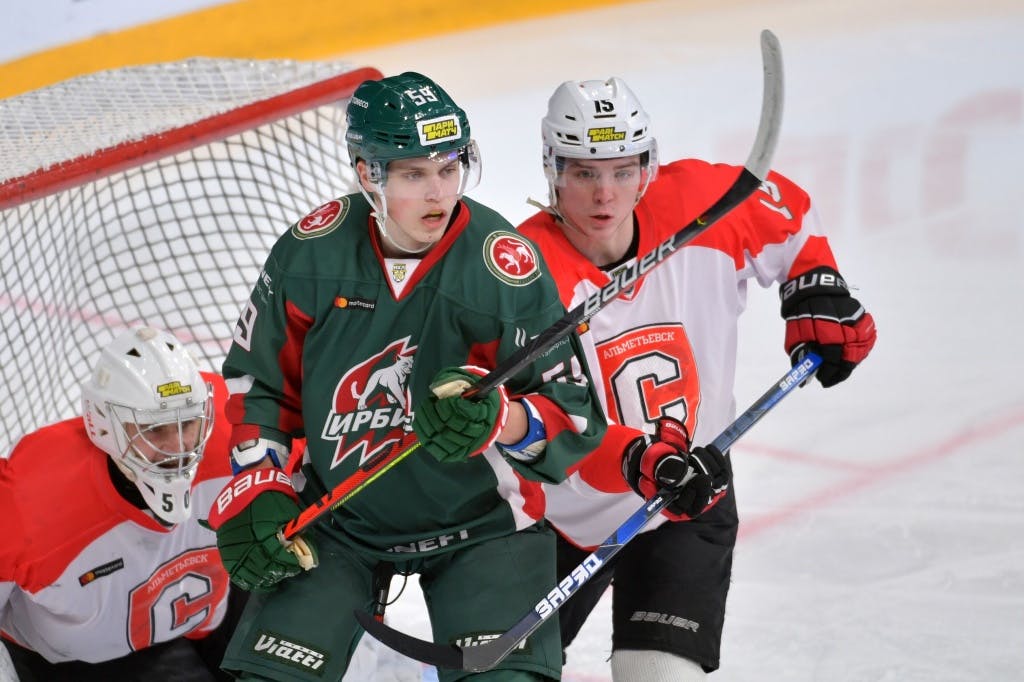 By Cam Lewis
4 months ago
With their sixth-round pick at No. 190 overall, the Edmonton Oilers have selected Nikita Yevseyev, a defenceman from Russia.
Yevseyev was ranked No. 57 among European skaters by Central Scouting in their mid-season rankings but fell to No. 80 in their final rankings. McKeen’s is the only other outlet that had him ranked, and they had him at No. 175 on their list.
There isn’t much literature out there on Yevseyev, which is pretty standard for a Russian prospect selected towards the back of the draft.
He’s a left-handed shooting defender listed at 6’1″ who split time between the VHL and the MHL in Russia last season, which is their second-tier pro league and their junior league respectively. Yevseyev scored five points across 37 games in the VHL and scored seven points across 14 games in the MHL.
According to Steve Kourianos, Yevseyev is “highly physical.”