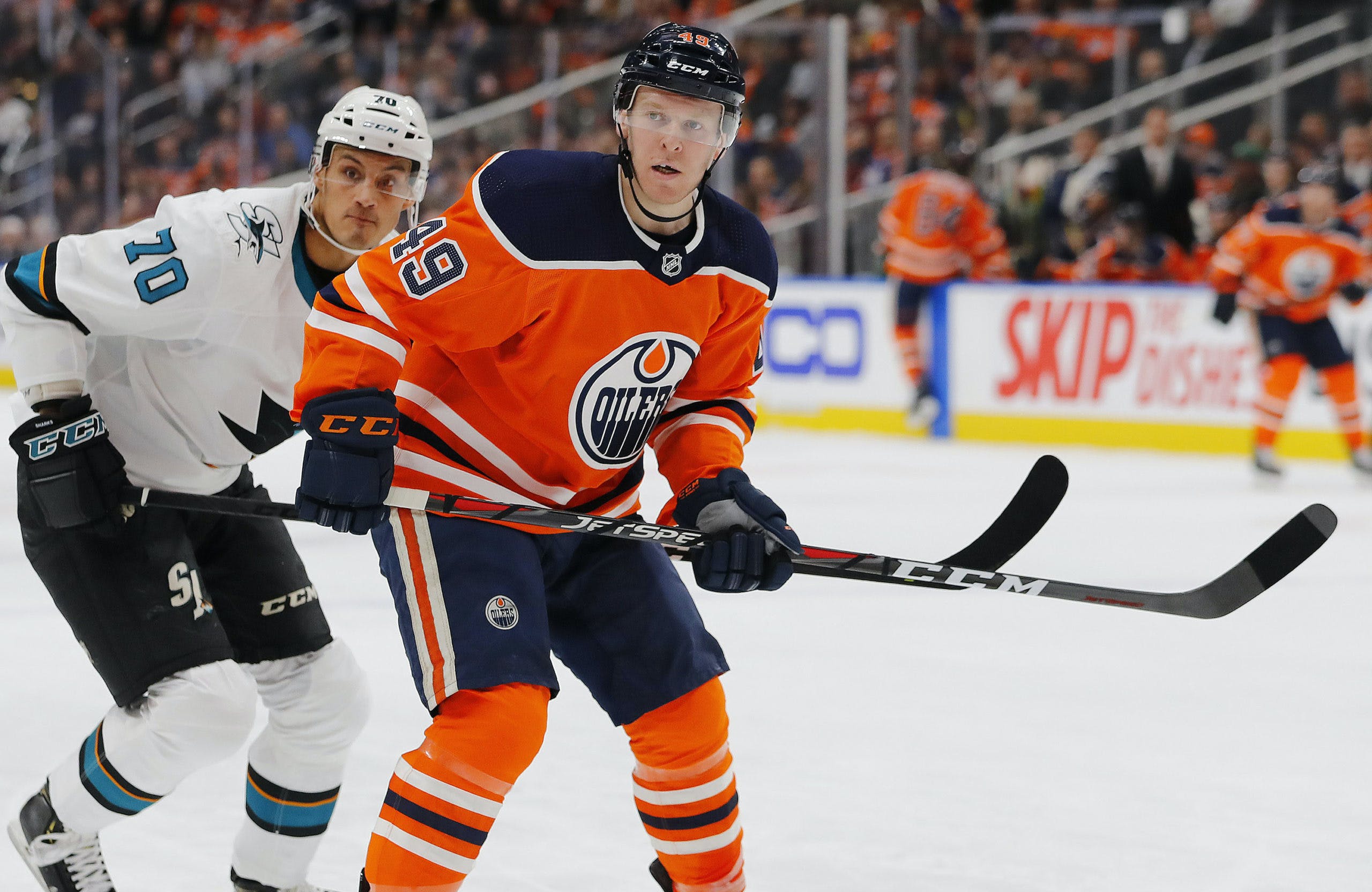 By baggedmilk
1 year ago
This morning, the Edmonton Oilers announced via their social media channels that Tyler Benson has signed a one-year, two-way contract extension that carries a $750K AAV.
Since being selected with the 32nd overall pick at the 2016 NHL Entry Draft, Tyler Benson has worked his way into becoming a jack of all trades in the AHL and one of the Bakersfield Condors’ top contributors over the past few years, making him a player that will be knocking on the door for a job with the NHL club for the upcoming season. After making his Edmonton Oilers debut during the 2019-20 season — he played in seven games and registered one assist — Benson has yet to get back into Edmonton’s lineup, but there is a real chance that he will battle for a job along with the likes of Brandon Perlini and Devin Shore. Could this be the year that the Edmonton product finally sticks? We’re about to find out.
In 2020-21, the 23-year-old winger finished tied for third in scoring in the American Hockey League, after he cashed in 10 goals and 26 assists in 36 games with the Bakersfield Condors. Benson also added three goals and two assists in six playoff games, even scoring the series-winner over Henderson to secure Bakersfield’s Pacific Division championship. With three strong seasons in the AHL on his resume, the left-winger will now set his sights on cracking the Oilers’ lineup to see if he can beat someone out for a spot in the bottom six and prove he has nothing left to learn in Bako. Depending on what happens at training camp and throughout the season, this one-year contract could be Benson’s last chance with his hometown club before looking for other NHL opportunities.
In seven NHL games played so far, Benson registered one assist and no PIMs while averaging 10:23 in TOI to go along with a -1 rating and a 47.6 CF%. Benson has 141 points (34G, 107A) in 156 regular season games in the AHL.