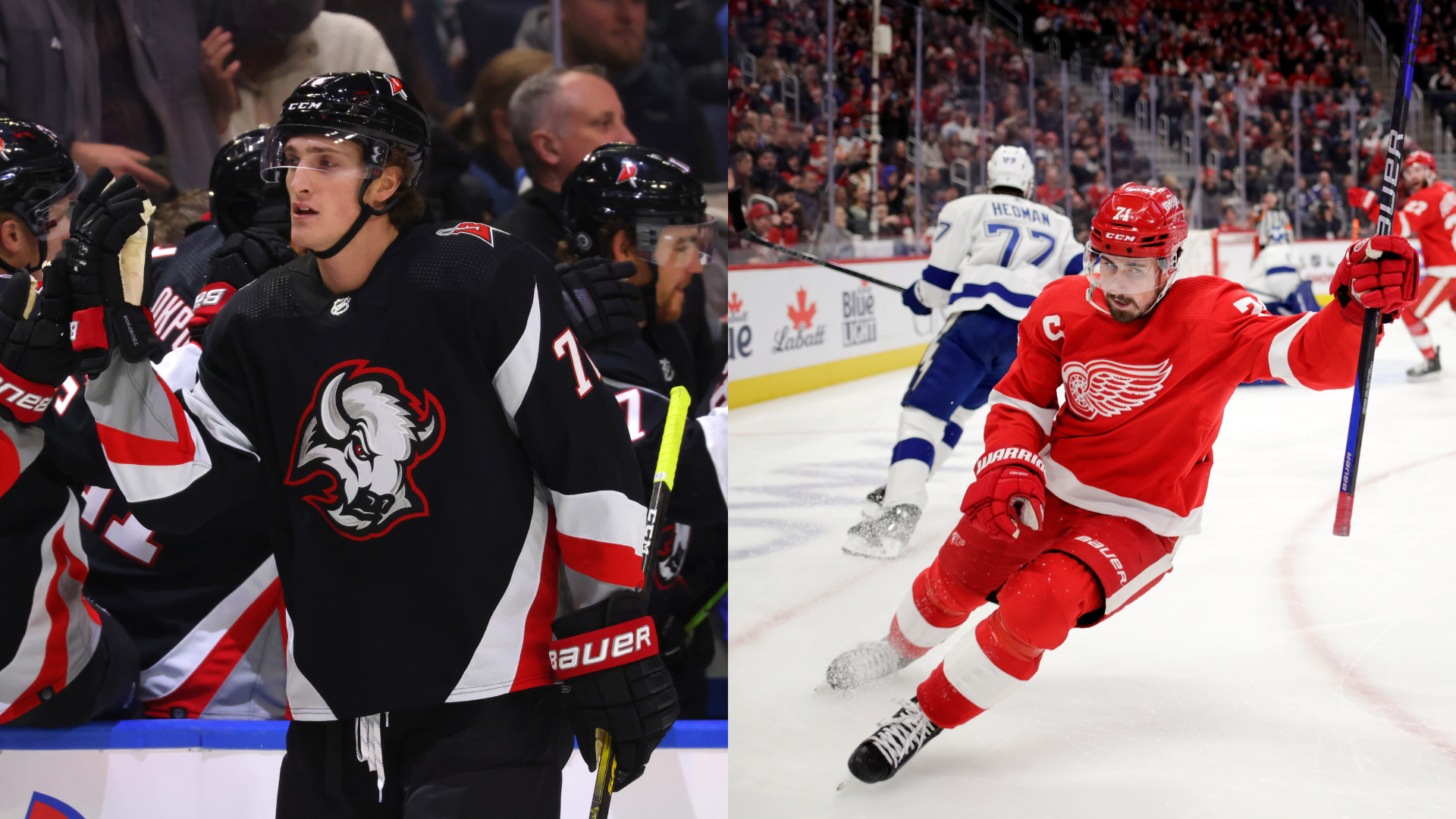 By Zach Laing
17 days ago
The Bets of the Day are brought to you by NHL odds site Betway!
Welcome back to another edition of the Betway Bets of the day. All bets are for one unit unless otherwise noted.
Our first bet of the day will be taking Tage Thompson to take over 3.5 shots on goal. These odds sit at -138.
Tage comes into this matchup hitting this prop in just two of his last five games, but in 20/40 on the season. He’s shown the ability to smash this prop taking over six shots 11 times this season, and the matchup is great for him tonight.
The Nashville Predators have allowed 41.4 shots against per hour in all situations in their last five games, so look for Thompson to lead the charge tonight.

Our second bet of the day will be taking Dylan Larkin to take over 2.5 shots on goal. These odds sit at -163.
Larkin has hit this prop in three straight games and in 22/39 on the season. He’s shooting at a higher pace than he has since 2018-19, and is leading the Red Wings in shots on goal this season.
He has a great matchup tonight against a Columbus Blue Jackets team allowing 36.39 shots against per hour in their last five games, the third-worst rate in the league.
Record: 89-66 (+18.15u)
Last 30: 25-22 (-2.06u)
Last 7: 8-4 (+2.71u)
Yesterday: 2-1 (+0.94u)
Zach Laing is the Nation Network’s news director and senior columnist. He can be followed on Twitter at @zjlaing, or reached by email at zach@oilersnation.com.
News
Oilers Talk
Recent articles from Zach Laing