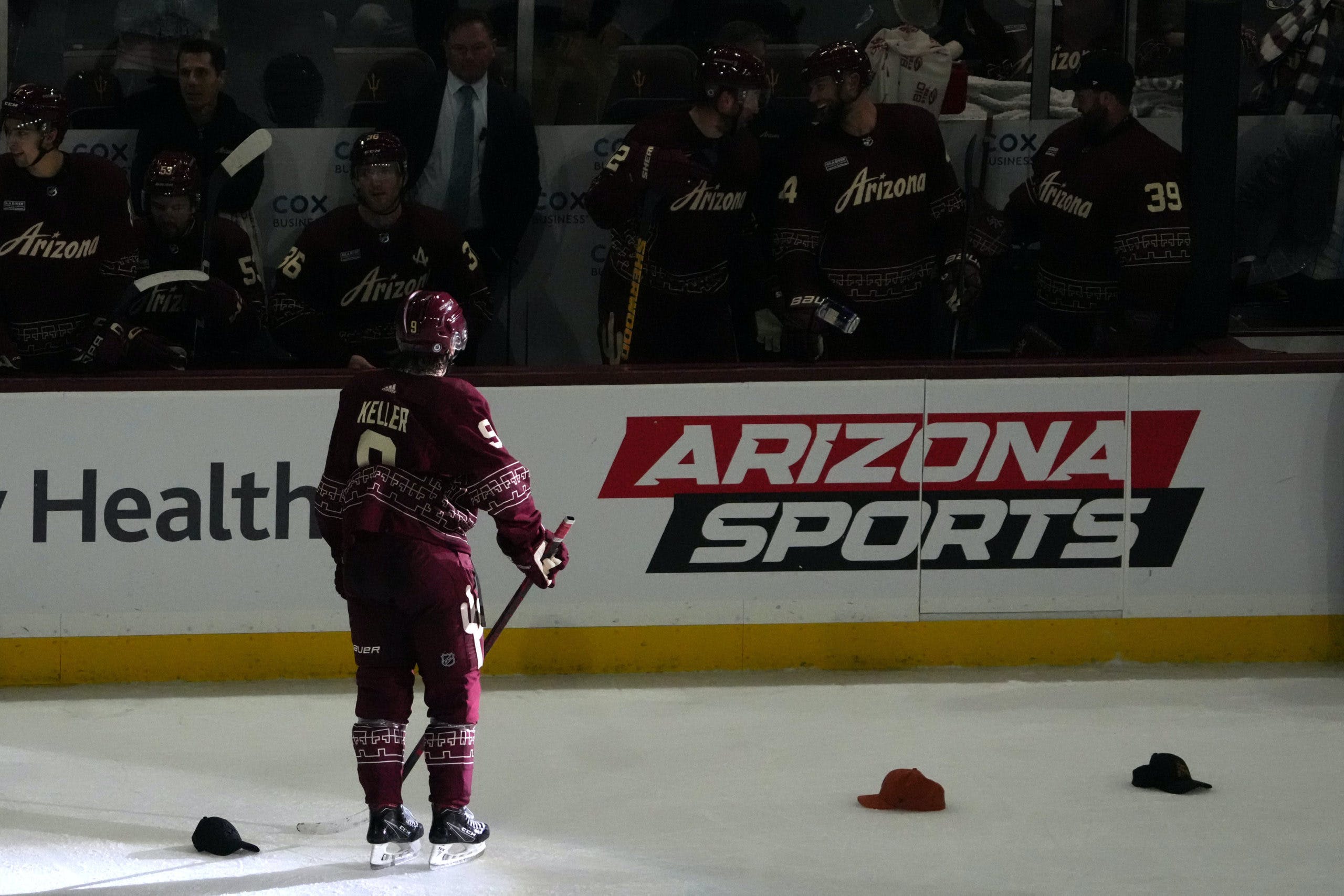 By Zach Laing
1 day ago
The Bets of the Day are brought to you by NHL odds site Betway!
Welcome back to another edition of the Betway Bets of the day. All bets are for one unit unless otherwise noted.
Our first bet of the day will be taking over 6.5 goals between the Anaheim Ducks and Arizona Coyotes. These odds sit at -106.
Oh baby. Two of the worst teams in the league are playing in what we could effectively call the toilet bowl game. Anaheim sits at the bottom of the standings 32nd overall with a .330 points percentage, while the Arizona Coyotes are not far behind in 29th with a .372 points percentage.
These two teams rank among the bottom in both goals for and goals against even while they have some offensive firepower in their game. We’re going to back the over here tonight and hope that offence shines.
THE BETS OF THE DAY ARE PRESENTED BY BETWAY

Our second bet of the day will be taking David Pastrnak to take over 4.5 shots on goal. These odds sit at +105.
I feel like I’ve missed this prop every time I’ve played it this year, so buyer beware, but this spot makes sense for Pastrnak. He’s missed it in each of his last five games, but Montreal has been one of the worst teams this season. They’ve also given up 34.38 shots against per hour in their last five games, the third-worst rate in the league.
Record: 95-75 (+14.1u)
Last 30: 24-25 (-5.83u)
Last 7: 4-7 (-3.38u)
Yesterday: 0-2 (-2u)
Zach Laing is the Nation Network’s news director and senior columnist. He can be followed on Twitter at @zjlaing, or reached by email at zach@oilersnation.com.
Nation Takes
News
Oilers Talk
Recent articles from Zach Laing