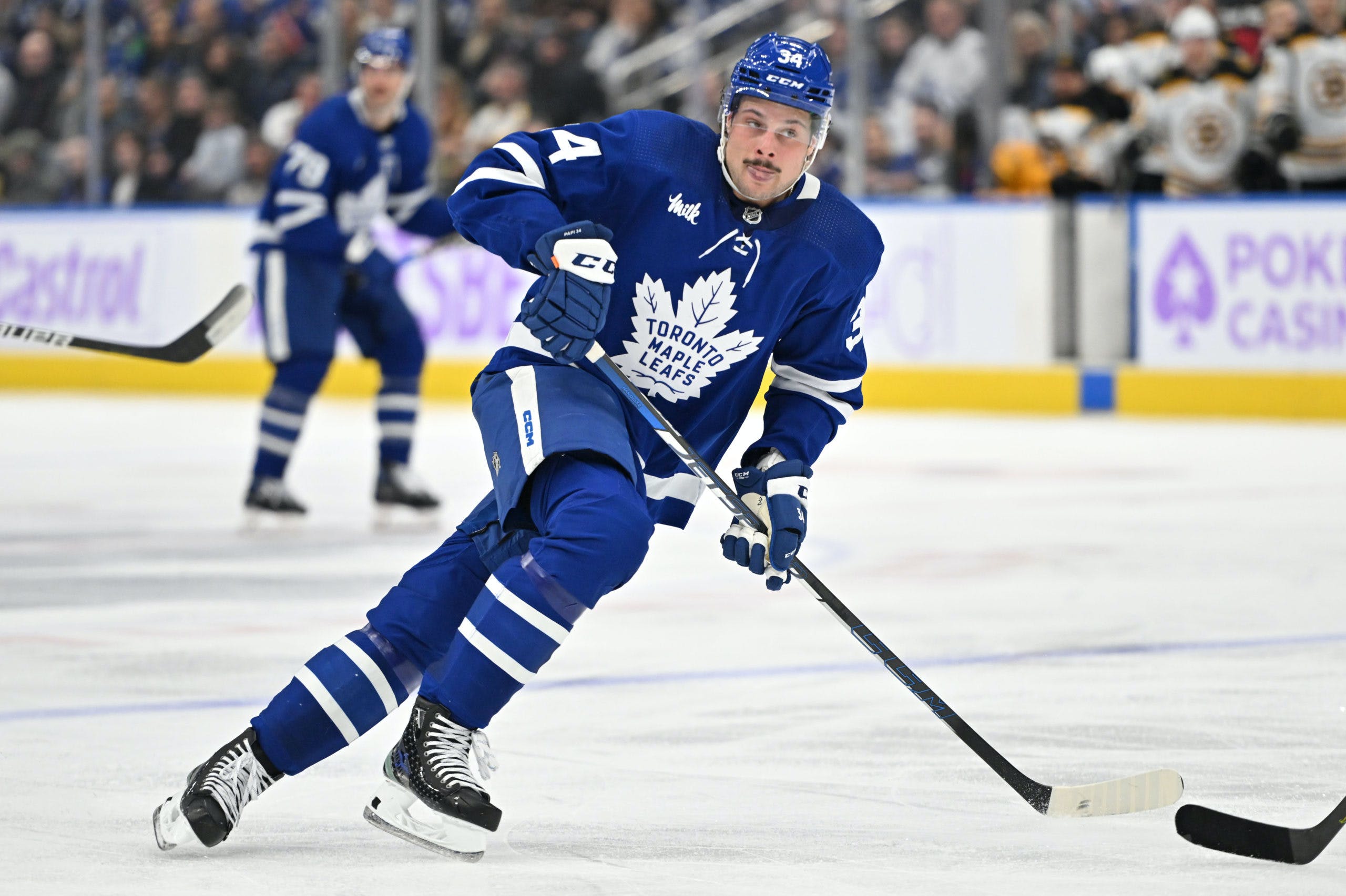 By Zach Laing
27 days ago
The Bets of the Day is brought to you by NHL odds site Betway!
Welcome back to another edition of the Betway Bets of the day. All bets are for one unit unless otherwise noted.
Our first bet of the day will be taking Auston Matthews to take over 4.5 shots on goal. This line sits at -125.
Auston Matthews comes into this game third in shots on goal in the league taking 66 in 14 games. His shooting percentage is nearly half of that of his career average, but he sure isn’t hesitating to continue shooting.
He’s hit this prop in eight of 14 games this season and in three of his last four games. Matthews has a good matchup tonight to stay hot against the Pittsburgh Penguins. They’re allowing 33.78 shots per hour, the sixth-worst rate in the league, so this is a good spot for him tonight.

Our second bet of the day will be taking Steven Stamkos to take over 3.5 shots on goal. This line sits at +100.
Stamkos leads all Lightning players in shots on goal taking 55 in 13 games. He’s hit this prop in nine of 13 games this season, so to be getting it at even money is a tremendous value. The reasoning could be that Stamkos has hit this prop in only two of his last five games.
While the Capitals are almost perfectly average defensively allowing 30.97 shots per hour, the 15th-best rate in the league, Stamkos truly feels matchup-proof. We’ll take the value on this line
Record: 34-22 (+10.33u)
Zach Laing is the Nation Network’s news director and senior columnist. He can be followed on Twitter at @zjlaing, or reached by email at zach@oilersnation.com.
Nation Takes
Oilers Talk
Recent articles from Zach Laing