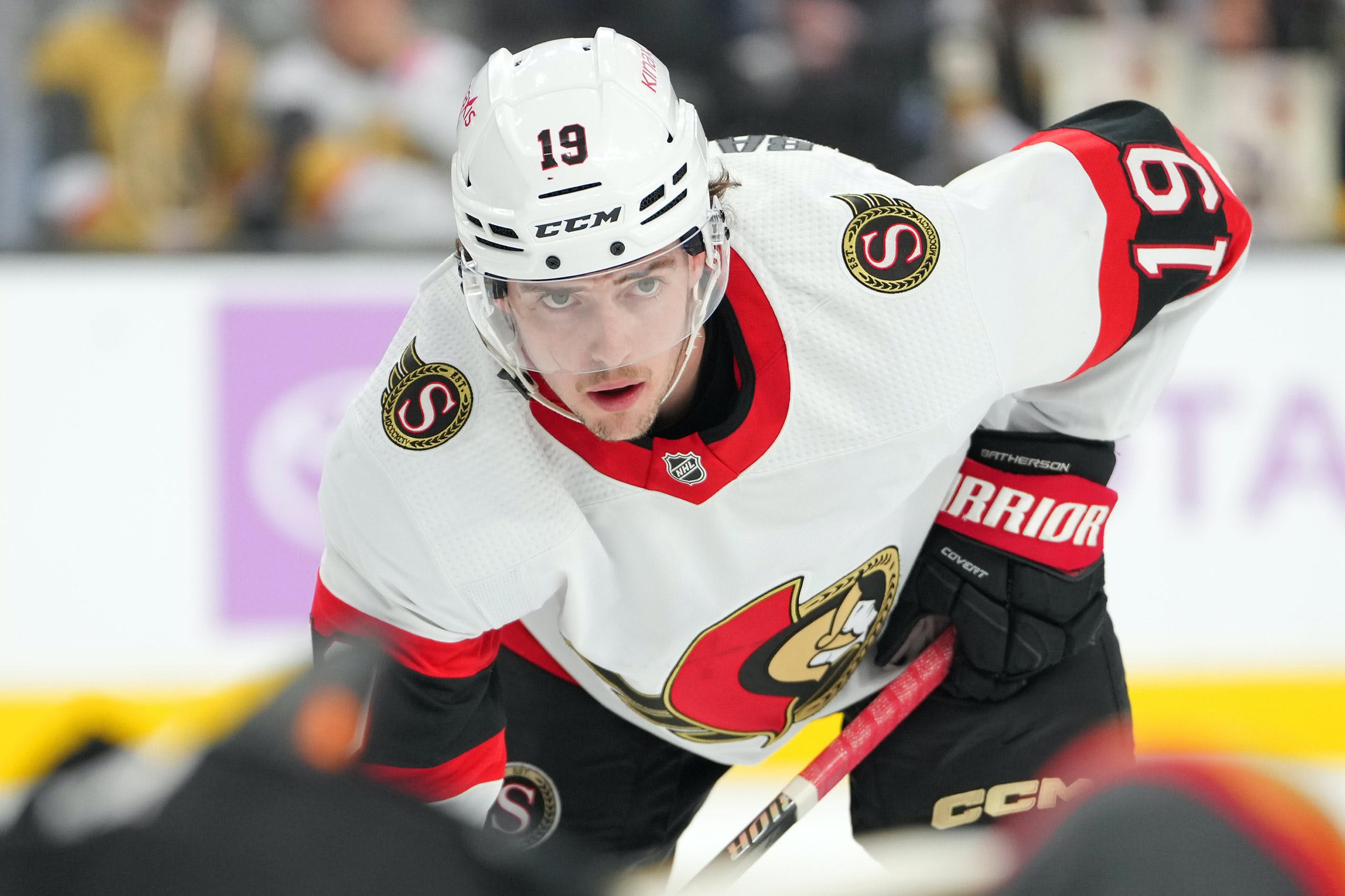 By Zach Laing
2 months ago
The Bets of the Day is brought to you by NHL betting site Betway!
Welcome back to another edition of the Betway Bets of the day. All bets are for one unit unless otherwise noted.
Our first bet of the day will be taking Drake Batherson to take over 2.5 shots on goal. These odds sit at -138.
Batherson comes into Friday afternoon’s game against the Anaheim Ducks with 51 shots in 19 games averaging 2.68 per game. He’s hit this prop in three of his last five games and in 11/19 games this season.
The Ducks are a team that bleeds shots against allowing 33.34  per hour in their last five games, the ninth-worst rate in the league, while the Senators are taking 36.4 shots for per hour, the second best rate over that time.

Our second bet of the day will be taking Mat Barzal to score a goal. These odds sit at +250.
Let’s go after a bigger one, shall we?
Despite taking 51 shots on goal in 21 games this season, Barzal has scored just two goals. He’s still got an impressive 23 points on the year, but it just hasn’t gone in for him. He’s shooting just 3.9 percent on the season and has a career average of 10.7.
His goal-scoring numbers are bound to improve sooner rather than later, and a matchup against a weak Columbus Blue Jackets defence could be the elixir he needs to score.
Record: 48-29 (+19.63u)
Zach Laing is the Nation Network’s news director and senior columnist. He can be followed on Twitter at @zjlaing, or reached by email at zach@oilersnation.com.
Featured
Nation Takes
Oilers Talk
Recent articles from Zach Laing