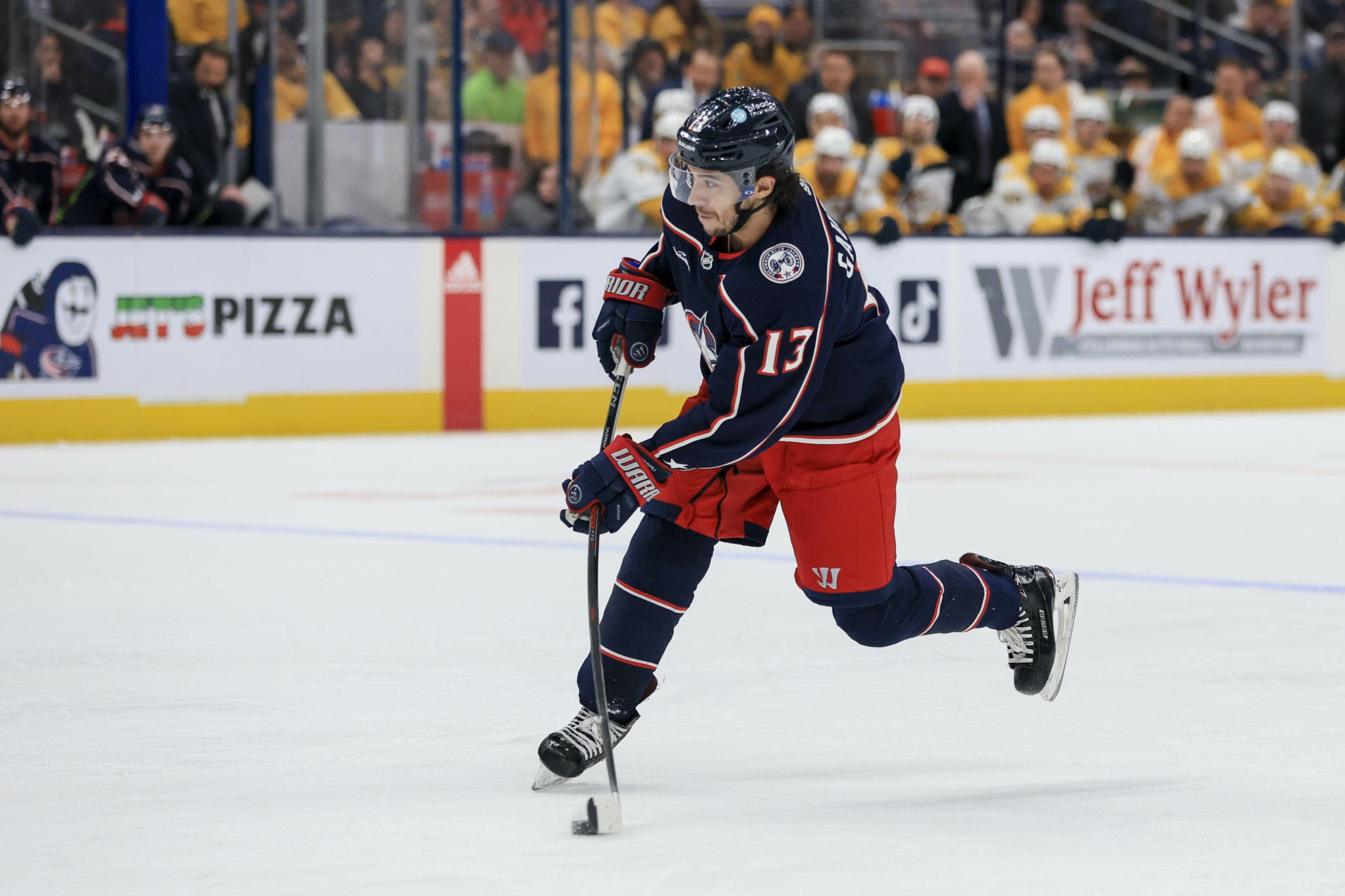 By Zach Laing
1 month ago
Welcome to the first-ever Betway Bets of the Day! All bets are for one unit unless otherwise noted.
This will be a new non-Oilers gameday article in partnership with our new friends over at Betway. I’ll be dishing out a couple of bets here and on the Oilersnation Twitter feed.
Today, we’re taking a look at two-shot props: one belonging to Johnny Gaudreau, and the other Oliver Bjorkstrand.
Our first bet will be taking Gaudreau to take over 3.5 shots on goal. This line sits at -105.
While Gaudreau hasn’t always been a volume shooter, his 9.76 shots on goal per 60 this year is the second-best rate of his entire career. This prop has hit in just two of seven games this year for him, but this is a great spot tonight.
The Blue Jackets take on the Arizona Coyotes, who are allowing 37.2 shots against per hour, the third-worst rate in the league.

Our second bet of the day will be jumping on Oliver Bjorkstrand’s shot prop. We’ll be looking for him to hit over 2.5 shots on goal with this line sitting at -150.
This is a prop that’s in a great spot. It has some juice at -150, but this total should be a full shot higher, so I don’t mind getting some value here.
Bjorkstrand has come out hot for the Seattle Kraken this year taking 14.23 shots on goal per hour — far and away a career-high. While the same size is small, he’s hit the over on this prop in five of seven games, and has six or more shots in four games this year.
While the Buffalo Sabres have been hot to start the year, they’re still allowing 38.8 shots per hour, so I love this spot for Bjorkstrand.
Please play responsibly.
Record: 15-9-0 (+5.92u)
Zach Laing is the Nation Network’s news director and senior columnist. He can be followed on Twitter at @zjlaing, or reached by email at zach@oilersnation.com.
Nation Takes
Oilers Talk
Recent articles from Zach Laing