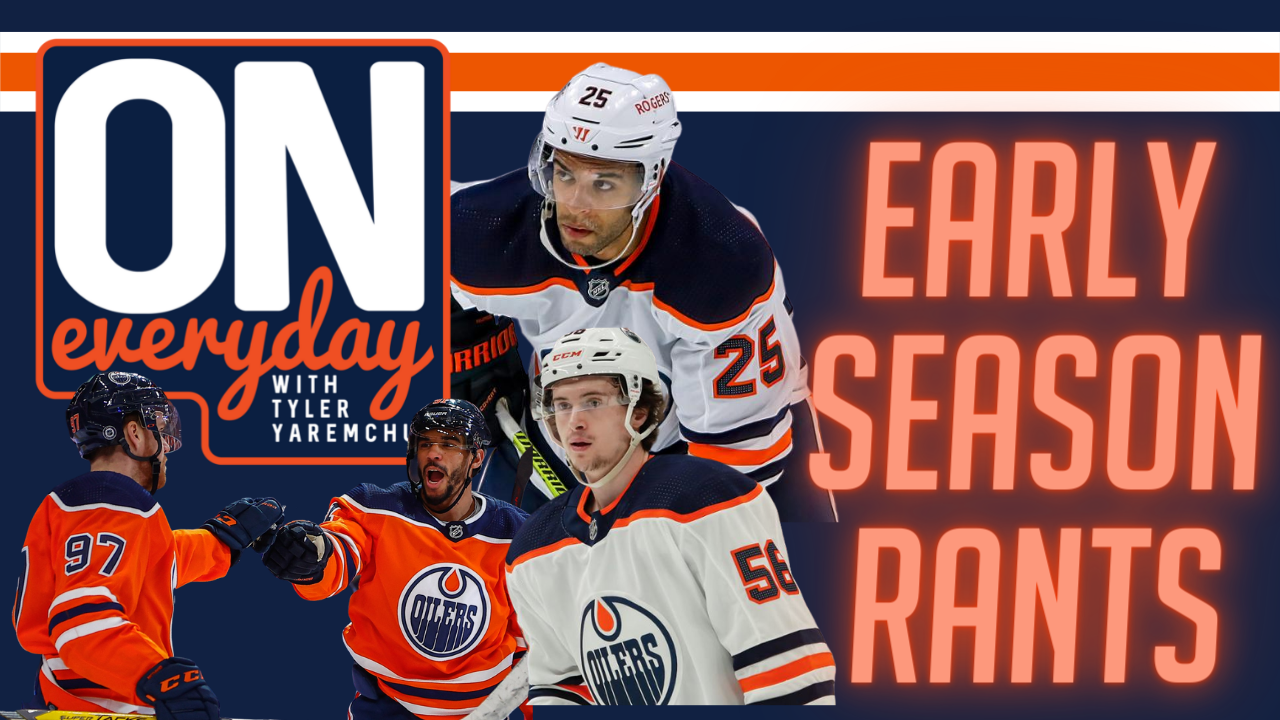 By Liam Horrobin
3 months ago
The first edition of the Battle of Alberta is one sleep away for Edmonton Oilers fans. Unfortunately, it’ll be the only matchup between the two provincial rivals at Rogers Place this season. Both Edmonton and Calgary are off to winning starts with two come-from-behind victories.
Also on the show, we’ll go over early-season overreactions. Will the Arizona Coyotes go 0-82? Or will the Edmonton Oilers go 82-0? However, the biggest overreaction was Evander Kane’s pass on the empty net to Connor McDavid. We also covered trade targets for Ken Holland on the blue line and looked at who might be available to fill the need. Could John Klingberg be a target if they can figure out the contract? Or do they look for a cheaper option in Nick Holden or Scott Mayfield?
Joining the show later ahead of the matchup is OilersNation Baggedmilk for the Bro Down. Finally, Tyler Yaremchuk and Liam Horrobin will give picks for tonight’s NHL action along with some football picks.
Viewers can catch Tyler Yaremchuk on Oilersnation Everyday at noon mountain on The Nation Network YouTube page. You can also view the show on Twitter and Facebook. After the show has streamed live, you can find it on all your podcast providers.
Oilers Talk
Shows
Recent articles from Liam Horrobin