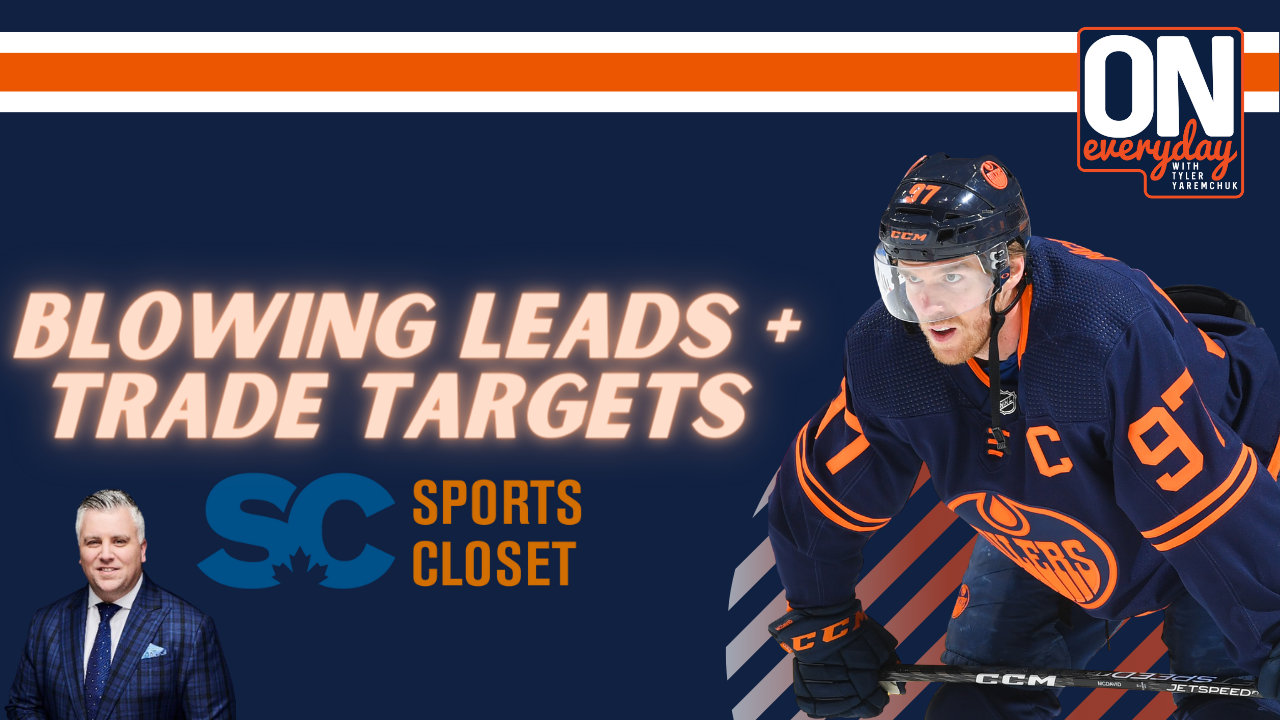 By Liam Horrobin
22 days ago
Playing at Rogers Place has not been kind for the Edmonton Oilers this season and last night was another example of that. The Oilers have now lost five games in a row on home ice and four have them have come from blown leads. Last night, Edmonton had a 2-0 lead early in the first period. But by the end of 60 minutes, however, the Kraken had scored five unanswered goals and the Oilers were tagged with yet another disappointing loss. What is going wrong on home ice? We will talk about it all on today’s show.
Joining Tyler Yaremchuk to talk about possible trade targets is Frank Seravalli from Daily Faceoff. Yesterday on Daily Faceoff Live, Frank revealed his top 10 trade targets from around the NHL. Today, we will ask him about a few of those names including Mattias Ekholm from the Nashville Predators, who just signed a new extension last season.
Also, we want to hear from you and what you thought about last night’s game. Additionally, let us know who you want to see Ken Holland target before the trade deadline passes.
Viewers can catch Tyler Yaremchuk and Liam Horrobin on Oilersnation Everyday at noon mountain on  The Nation Network YouTube page. You can also view the show on Twitter and Facebook. After the show has streamed live, you can find it on all your podcast providers.
Shows
Recent articles from Liam Horrobin