Oilersnation Everyday: Who will make the Oilers cut? 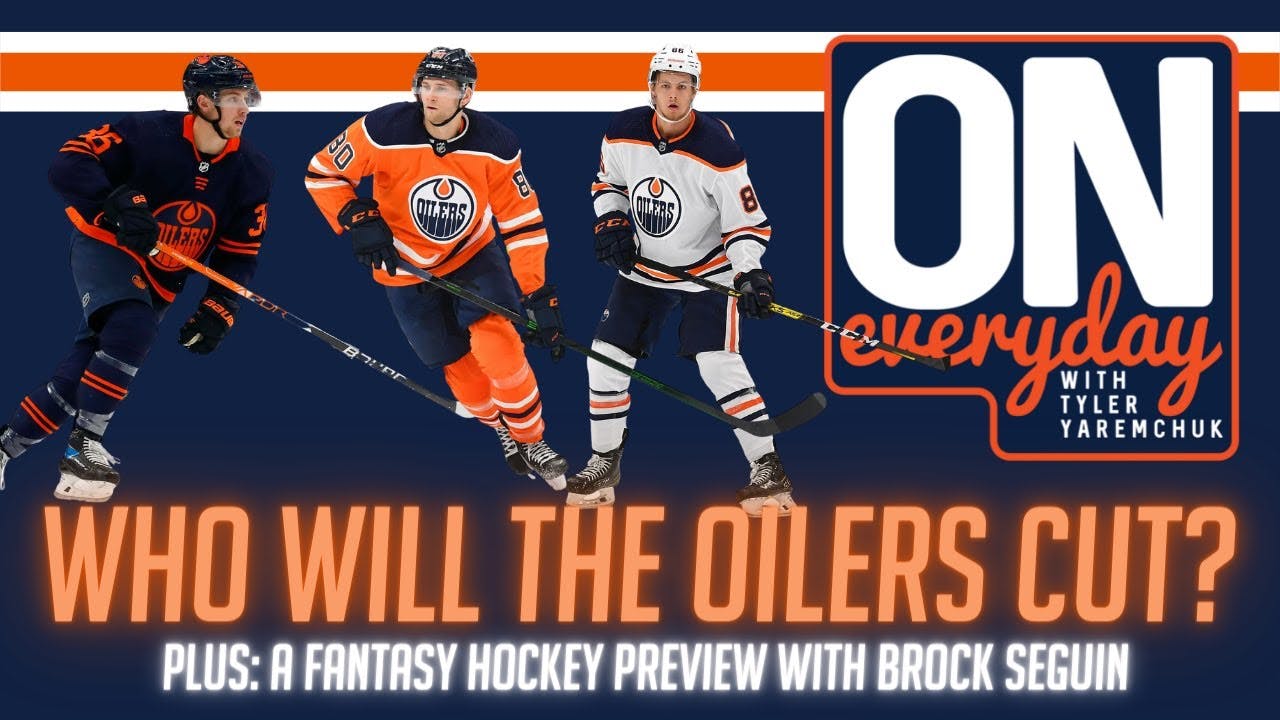 By Liam Horrobin
1 month ago
Last night, the Oilers and Canucks made preseason as thrilling as possible with a 5-4 overtime game. Unfortunately, Edmonton came out on the wrong side of that game, but Connor McDavid still managed to wow us all once again. Of course, McDavid’s spot on this roster is firmly secured; however, there are still a few players hoping that crack the NHL squad this season. There are question marks at the bottom of the blue line and also in the Oilers’ top six. Who will take those spots?
Brock Seguin from DailyFaceoff.com joins the show today to talk everything fantasy hockey. He’ll tell us his favourite sleeper picks for the year, who to stay away from and much more. Brock also mentioned a couple of players he would recommend not touching. Finally, on yesterday’s show, Frank Seravalli mentioned that talks between Edmonton and Evan Bouchard on a contract extension had not begun yet. Once they do begin, how much should we expect that contract to be?
Viewers can catch Tyler Yaremchuk on Oilersnation Everyday at noon mountain on The Nation Network YouTube page. You can also view the show on Twitter and Facebook. After the show has streamed live, you can find it on all your podcast providers.
Oilers Talk
Shows
Uncategorized
Recent articles from Liam Horrobin