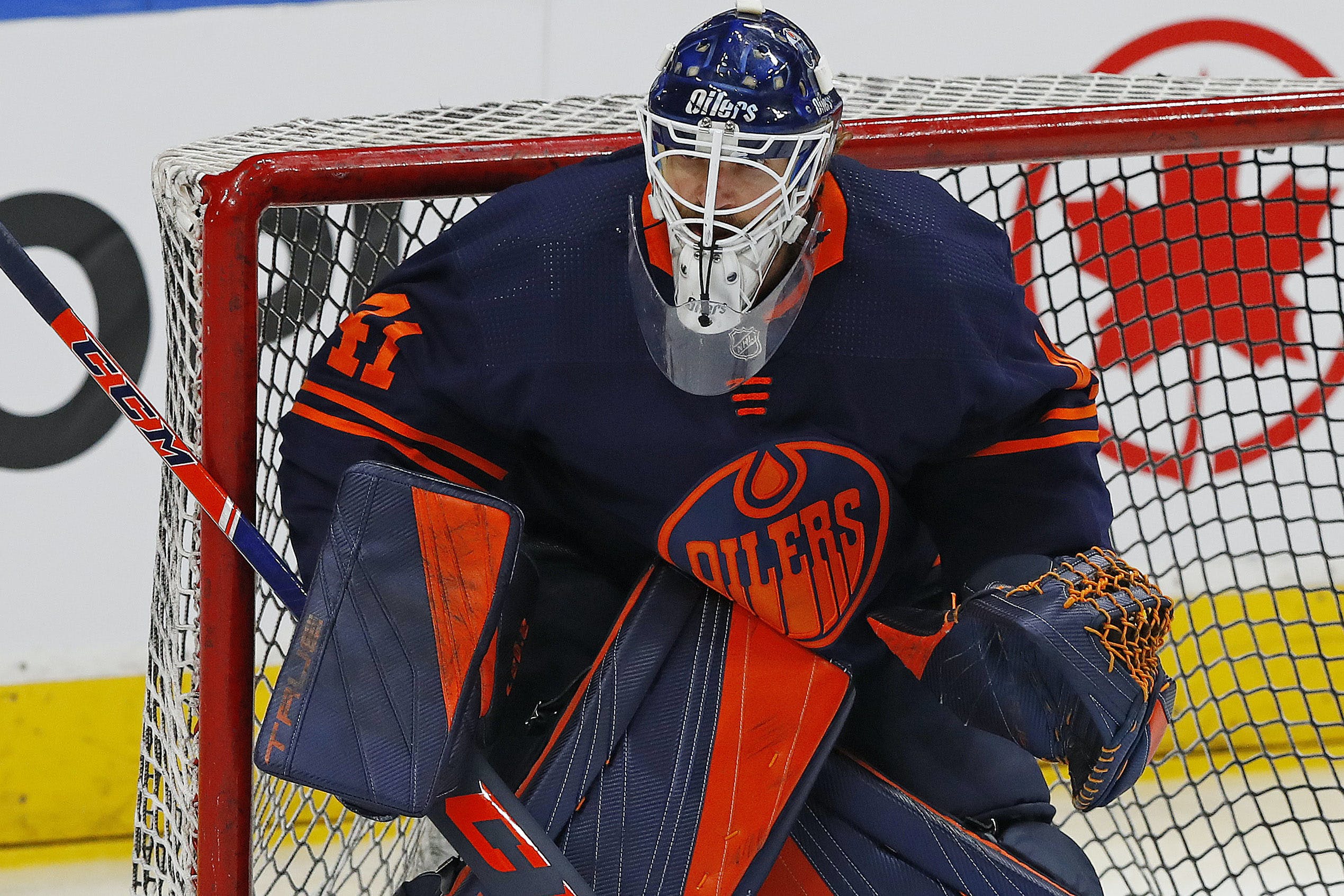 By Zach Laing
1 month ago
Welcome to the annual wrap-up of the most-read articles of the last year!
Narrator: “It was not.”
But after a game on March 5th, I was ready to make that declaration. The Oilers had fallen the previous night at the hands of the Montreal Canadiens 5-2, and Mike Smith, well… didn’t have a memorable performance.
While the game was brutal, we all know in hindsight how the season wound up. Credit where it’s due to Smith too. After that loss, he played in 13 more regular season games going 11-1-1 with a .941 save percentage, and posted a .913 in 16 playoff games.
Here’s some of what I wrote:

A week ago, I asked what the Oilers should do with Mike Smith after he was one of the main reasons the club lost to the Tampa Bay Lightning.
Today, I’m saying last night’s 5-2 loss to the Montreal Canadiens should be Mike Smith’s last game with the Edmonton Oilers.
It’s clear now more than ever that he’s no longer able to keep up with the NHL play. He looks tired. He looks hurt. He looks awful.
The 5-2 final score, nor his .857%, were truly indicative of Smith’s awful performance, either. There were two goals called back in thanks to the Oilers’ coaching staff.
“Mike Smith is part of our team and our team, I think, can execute at a higher level,” said Oilers head coach Jay Woodcroft after the game. “I thought we were in a 3-2 hockey game heading into the third period. We had a chance to tie it up and find a way to win. We didn’t do that. Collectively, I think we can all be better.
“We didn’t have the game we wanted to. I’m not going to dress it up and put a bow on it and say ‘we just didn’t get what we needed.’ We weren’t good enough in a lot of areas tonight. Like I said, we’re going to digest it, we’ll review it tomorrow and work on something in practice and then move on from there.”
Some of this falls on Smith. Despite putting together great games and stretches for the Oilers in the past, he’s struggled to find his place this year. He doesn’t look near good enough to compete at the NHL level anymore.
However, this falls solely on the feet of Ken Holland. He should’ve realized Smith was likely to regress substantially after one of the best seasons of his career last year. He’s 39 years old, after all, and will be the 24th goalie to play in the league after the age of 40.
Ken Holland has had three years to fix the mess that has been the Edmonton Oilers goaltending situation and once again, he’s gone back to the well of Smith and Mikko Koskinen. While the latter has looked razor sharp as of late, he’s also proven to be very inconsistent in the past. Edmonton can’t rely on these two, no matter how much Holland wants to believe.
At this point, it’s clear he isn’t winning the team games and what good is a goaltender if they can’t do that?
I can’t even recall the last time Smith flat-out won a game for the Oilers. Koskinen, meanwhile, has had multiple as of late highlighted by a tremendous performance a week ago Saturday against the Florida Panthers.