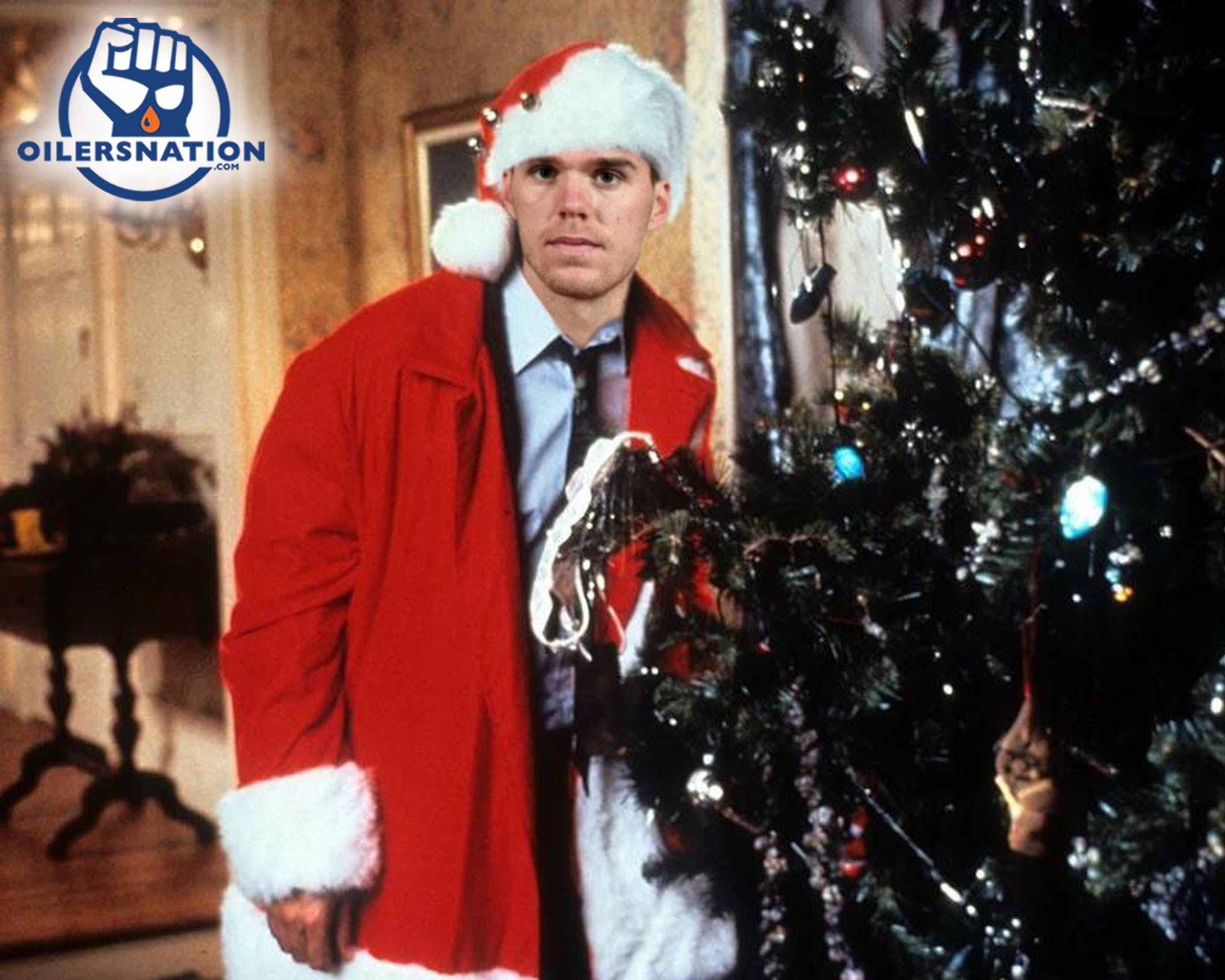 By Woz
1 month ago
Who doesn’t love a classic wish list for Santa? It feels every December there’s always something major that the Oilers need from Santa. For this article, I selected comments from Oilersnation’s Instagram, Facebook, TikTok, and Twitter to build out the Oilersnation Wish List for Santa!

First up from Morgs on Twitter! A bionic shoulder for Oscar Klefbom and a new wrist for Evander Kane. I’m sure both players would gladly enjoy these presents if they ended up under their Christmas trees. Not sure if Santa’s elves know how to construct a new wrist however I’m sure there’s a blueprint for a bionic shoulder, right?! One thing for sure is Oilers fans would love both.
Ryan McLeod invincibility?! YES PLEASE! Not invisibility like the cloak that Harry Potter received one Christmas. I’ll take one invincible Ryan McLeod as well, please. Considering he’s not playing right now, guess you could say he is invisible.
The 2023 version of Chris Pronger and Spacek?! This sounds like a gift too good to be true. However, can we get the version of Chris Pronger that doesn’t end up requesting for a trade in the off-season?
Not just one ten-game winning streaks but TWO?! Sounds like a near-perfect gift from Santa next to a Stanley Cup. Leon Draisaitl did mention recently in a post-game interview that he’d like to get lots of wins as a Christmas gift.

Didn’t imagine we’d get a comment from a Canucks fan. A very depressing comment to say the least. Cheer up! The more games you lose the higher chance you can get a very good Connor, and how awesome would that be for the Vancouver vs. Edmonton Rivalry? Connor vs. Connor? I might be the lone Oiler fan who’d love to see that happen. With that being said can we as Oilers fans also simulate to the part of the season where we’re consistently winning?

I like where Julian is coming from here however as I’ve learned from past Christmases is that Santa can’t always give you what you want. As far as I’m concerned that just looks like if you played NHL Be A GM Mode with Fantasy Draft on and the salary cap off.

Chychrun or Prime Larsson? Tell Santa I’d also love to see this under the Oilers’ Christmas Tree. I’m still sad that Adam Larsson isn’t an Oiler anymore. I get why he decided to leave but he had that physical edge to his game that the Oilers are really missing right now.

Finally, someone’s wishlist where they don’t want Nurse traded or to have his contract terminated. Ekholm would be a solid addition to the Oilers’ blue line, but we’re all unsure what the acquisition cost would be. Anything to help out the Oilers and Darnell Nurse right now would be awesome.

Rhea with a very simple request from Santa: One healthy McLeod and Evander Kane. Injuries have plagued the Oilers’ forwards this season and having these two in full health would be a great addition before the end of the 2022-23 campaign.

Joyce would like to see the team’s mindset shift a bit. Just do the job you are paid to do. And I love the touch of “amazing team” Because we all know how fantastic this team can be when they play to their strengths. Oilers fans just want effort and consistency at this point.

Jefferey we hope that Santa has a laboratory where his elves conjure up healing potions. Not just potions for health but strength as well. Okay, make you can tell I’ve played way too many video games. One theme I’ve noticed throughout writing this article, two presents Oilers fans want from Santa is health and consistency.

An Oilers parade downtown in Edmonton would be beautiful. This is the gift I’d want from Santa, or at least a time machine so we can skip to that part of the season where we’re all celebrating a Stanley Cup Championship?! 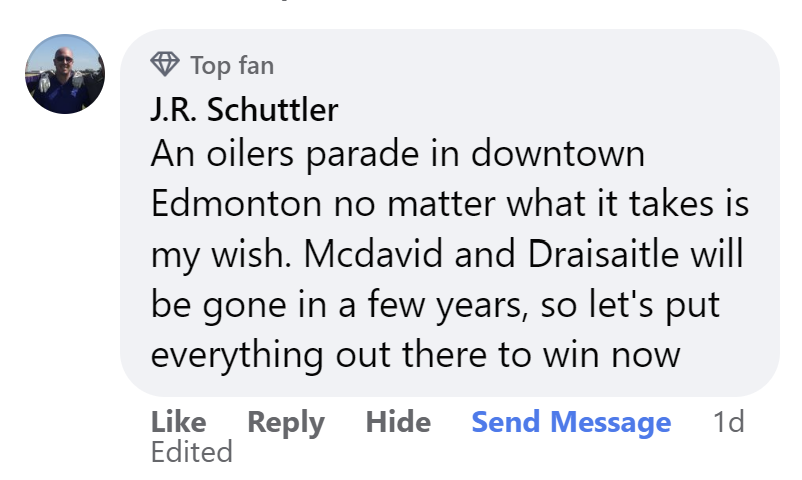 Speaking of time machines, Brian would love one. Now hear me out, keep Nurse but not the contract? Maybe I’m in the minority, I really like Darnell Nurse, however, I think if we lived in a world where he didn’t have so much responsibility that would be better? I want Nurse on this team but not with that contract.

How about a gift for the refs? Based on how many problems the Oilers and Oilers fans have had with the officials I’d say it’s a worthy gift, no? What is offside nowadays? How many goals do we need to take away from Zach Hyman??

To wrap things up, pun intended! We’d all love a little bit more consistency with this Oilers team and health. However, I think the one present we want to see from Santa is to see this team deliver a Stanley Cup in June, or is that a little unrealistic? Thank you to everyone who submitted questions and hope you enjoy the holidays with your loved ones.
Oilers Talk
Social Corner
Recent articles from Woz