P.K. Subban was “pretty surprised” the Edmonton Oilers didn’t try to sign him as a free agent 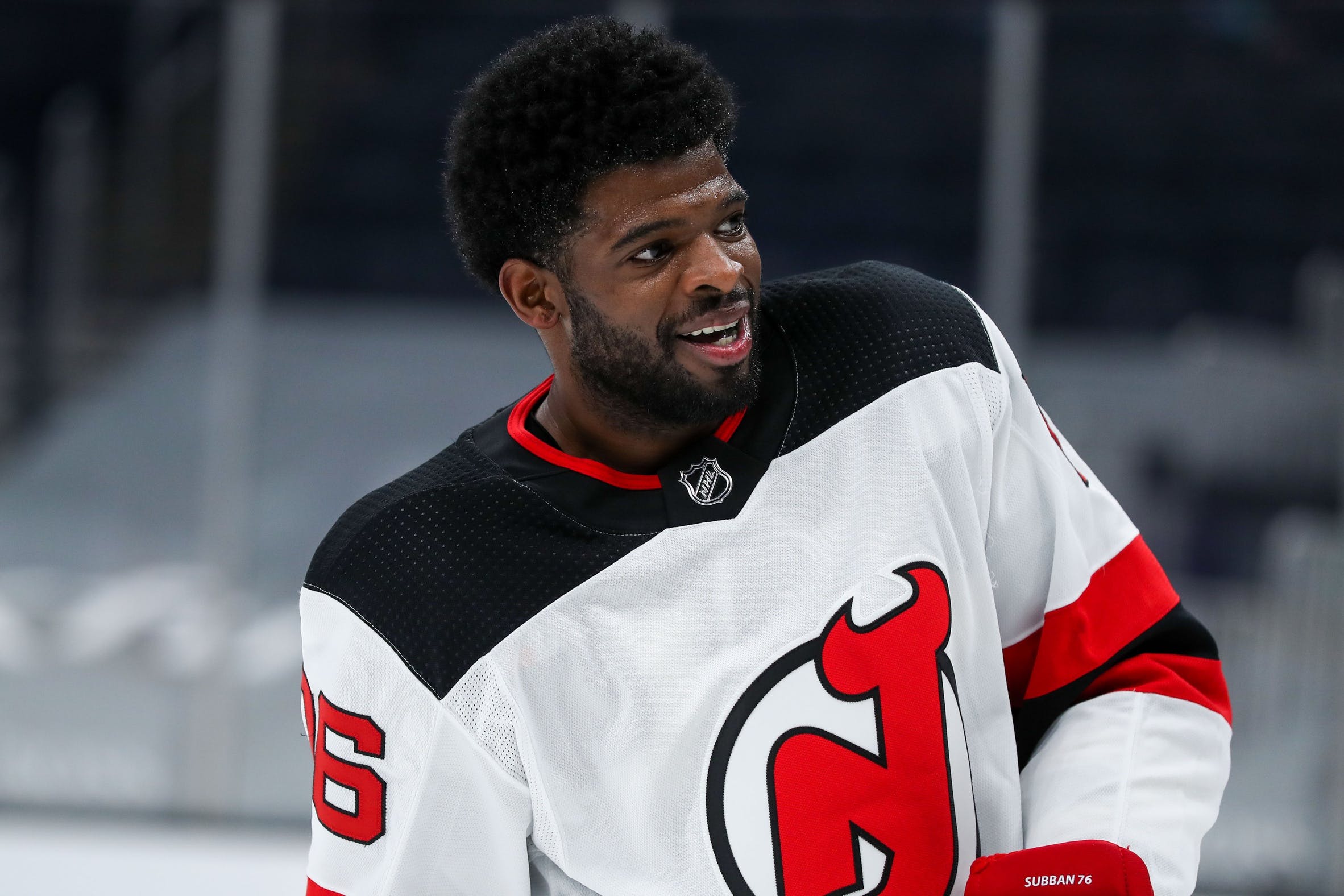 By Cam Lewis
15 days ago
Death, taxes, and the Edmonton Oilers looking for a defenceman — those are the three inevitabilities in life.
With the Oilers sitting on the cusp of the playoff picture in mid-January with a middling 21-18-3 record, pressure is growing for general manager Ken Holland to find somebody to help fix the team’s woes on the blueline. Names ranging from Jakob Chychrun to Joel Edmundson to Jake McCabe have flown through the rumour mill in Edmonton, but Holland has remained patient with trade asking prices “sky high” this far from the March 3 trade deadline.
Meanwhile, now four months into retirement, former Norris Trophy winner P.K. Subban told Michael Traikos of The Toronto Sun that he finds some humour in Edmonton’s mid-season pursuit of a defenceman. Subban said that the Oilers expressed some interest in him back in the summer and that he was “pretty surprised” that they didn’t pull the trigger on an offer…

“I was pretty surprised,” Subban said. “I felt I could have helped a number of teams. As a free agent, I wanted to play on a contending team. I think Edmonton showed some interest. Carolina had showed some interest.
“Money was never an issue for me. It was about the opportunity to come in and help a team win. I wanted to win a Stanley Cup. But those opportunities were never presented to me.”

Subban also noted that he wasn’t interested in being a “player who [was] in and out of the lineup every night,” so it isn’t overly surprising that the Oilers, a team that already featured Evan Bouchard and Tyson Barrie on the right side of the blueline, weren’t a suitable match.
The best seasons of Subban’s career came when he was a Montreal Canadien, highlighted by his Norris Trophy performance in 2012-13. He also had some big seasons in Nashville after being dealt one-for-one for Shea Weber, including helping the Predators reach the Stanley Cup Final for the first time in 2016-17.
Subban’s career wound down with the New Jersey Devils, as he produced 59 points over the course of 189 games while logging an average of 20:37 per night on a rebuilding club. Despite the ho-hum production in those seasons with New Jersey, Subban takes pride in teaching the young Devils that the key to success in this league is “work your bag off every night.”

“You look at New Jersey now and I take a lot of honour and pride that I helped a lot of those young guys and I was with them every day and tried to show them the way to be pros,” Subban said. “And now they’ve taken the reigns. You see what Jack Hughes is doing, what Jesper Bratt is doing.”