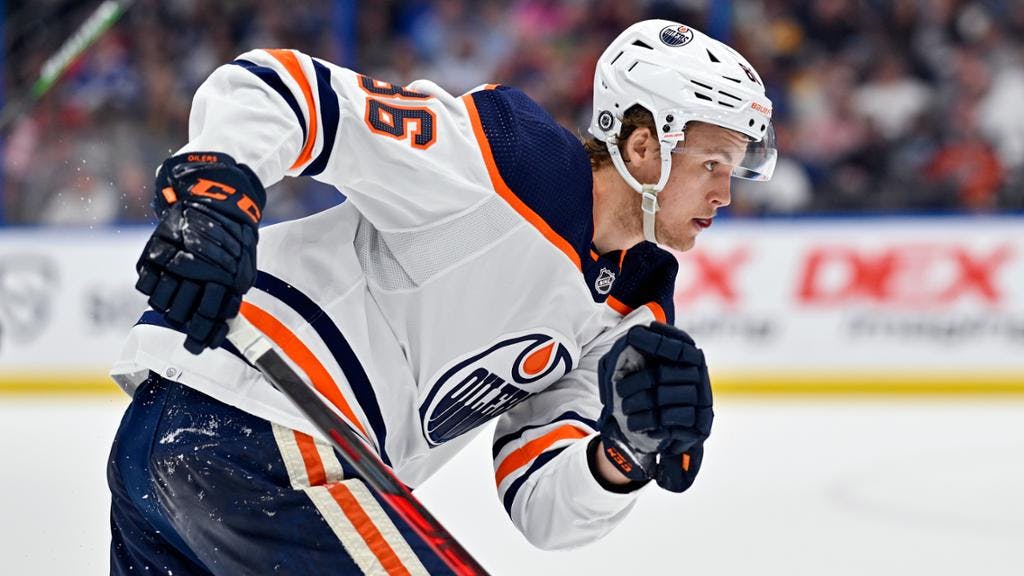 By Cam Lewis
1 month ago
Edmonton Oilers general manager Ken Holland provided an update on top prospect Philip Broberg.
According to Bob Stauffer, Broberg has been dealing with an upper-body injury and has been doing non-contact skating this week. The plan is for him to join the regular group for practice next week and then make his 2022-23 debut on the weekend.
Broberg appeared in three pre-season games for the Oilers and was added to the team’s opening day roster for salary cap purposes but was sent down to the Bakersfield Condors of the AHL shortly after. The Condors kicked off their season last weekend and Broberg wasn’t with the team, which raised questions about his status.
The No. 8 overall pick from the 2019 NHL Draft is entering his second season in North America. He played his first two post-draft seasons in the Swedish Hockey League and made the transition to the smaller ice surface in 2021-22. Broberg split last season between the Condors and Oilers, scoring three points in 23 games at the NHL and 23 points in 31 games at the AHL level.
It isn’t clear yet whether the Oilers plan to start Broberg with the NHL club or in the AHL when he’s ready to play. Given the injury, it might be the smart move to take things slow and let him find his footing at the minor-league level.