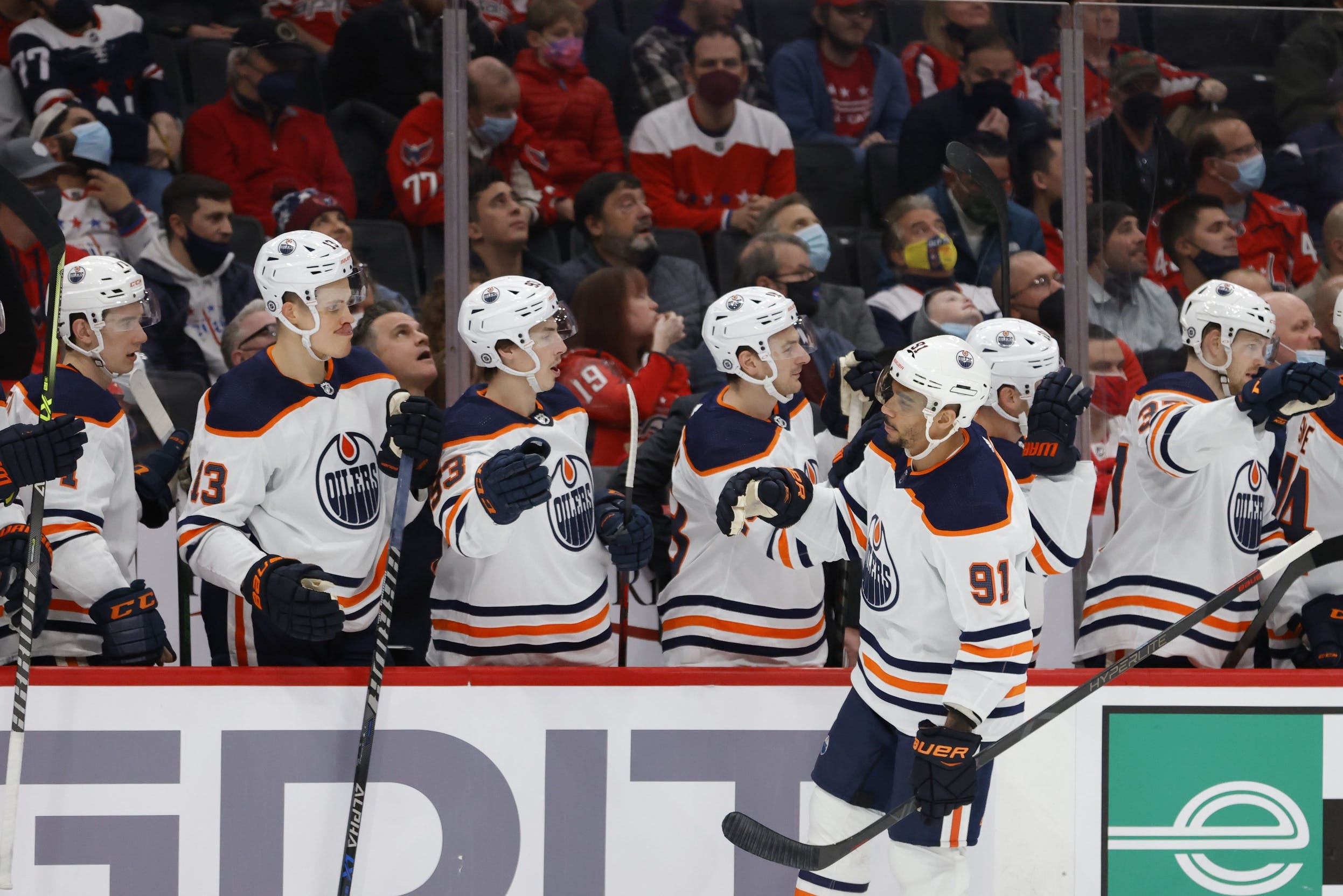 By baggedmilk
8 months ago
We’re making our way down the stretch, the NHL standings are tight as a drum, and I thought now would be the perfect time for another dose of Random Thoughts to offer up some fresh takes on what’s been happening.

Last night after the Oilers game, I immediately locked into what was going on with Vegas and Seattle to see if we could get a little bit of help from Larsson, Eberle, and the boys but it was not meant to be. Instead, Vegas extended their winning streak to four games and maintain the three-point spread, which was a major annoyance because all I wanted was a little breathing room. At this point in the season, there is no room for error and the Oilers basically have to keep winning everything to ensure that they get it because it’s clear that now of these other clown shows are going to give them a hand. First it was Calgary that couldn’t beat LA on the second half of a back-to-back to help us out and then the Kraken couldn’t get up off the mat for long enough to make anyone happy. All-in-all, it was a tough couple of days of scoreboard watching and I know with 100% certainty that it’s only going to get worse from here. Bah. My heart.

With 11 points in his last 10 games, people are starting to wonder what the hell is going to happen with Evander Kane when this season is over. As much as the circus rolled through in the weeks leading up to his signing, Kane has done everything we could ever ask of him after coming in midway through the season. Literally, from day one, he’s been putting the puck in the net. But what does that mean for his future? I would assume that Ken Holland will check in to see what it would take to keep him around, but I wonder if this heater he’s on — Kane has 16 goals and 26 points in 30 games played — has opened up a few more doors that hadn’t been there when the whole San Jose thing went down. If that’s the case, would you even want to wade into the bidding war waters if you can’t get a reasonable deal done ahead of free agency? The more I think about it, the more I think Kane is a one-and-done with the team and not because they wouldn’t or shouldn’t want him back but because he’s been playing so well for them that he may just get priced out. What say you?

WHAT IF CONNOR FOUGHT?

This past week, Nathan MacKinnon captain squared off against Matt Dumba in a spirited tilt with the only downside being that the former had to miss a game with an upper-body injury. The good news  — not for us since the Oilers play the Avs next weekend — is that MacKinnon was back in the lineup for the Avs on Thursday. Now, the reason I’m bringing this up is that I wonder whether or not we would like it if Connor McDavid got in the odd scrap or two from time to time? According to HockeyFights.com, MacKinnon has only eight NHL fights on his resume so it’s not like the guy does it all that often but it seems like he’s certainly willing if the mood strikes. Would we be good with it if Connor decided he wanted to go?
Of course, you probably remember the last time McDavid got into a fight and broke his hand back in junior, but that was a weird one where his hand ended up hitting the boards and that’s an opponent no one will beat, but could you imagine what would happen at Rogers Place if he decided to chuck’em? The roof would blow off. It would be pandemonium and the boys would probably love it too. That said, the risk of losing him to a broken hand or face is also great in this scenario, so that’s why I’m asking the question to you wonderful Nation Citizens. Would we ever want Connor McDavid to fight or nah?

Does anyone else feel guilty for liking Trevor Zegras as much as they do? That’s where I’m at. The kid just can’t stop scoring ridiculous goals and I have to admit that I keep waiting to see what he’ll come up with next. Even though I know I shouldn’t be cheering for players on a most hated team like the Anaheim Ducks, I can’t help but get blown away by the kid’s skill. Of course, the Oilers could have taken Zegras back at the 2019 Entry Draft but opted for Philip Broberg instead — I’ve got plenty of time and love for Broberg but can I admit this once hurts a little — and that adds an interesting wrinkle to the decision as both players continue on their professional journey. Either way, Zegras is so annoyingly good with the puck on his stick that I know it’s only a matter of time before he does something ridiculous again and these confused feelings in me will rise again.

With McDavid and Draisaitl chasing another huge season, I spent a big chunk of this week’s podcast talking about how much I love those two dudes. Not only that, the Oilers have played very well over the last couple of weeks and that means another opportunity for me to pump the team’s tires. Subscribe on Spotify, Apple Podcasts, Google Podcasts.

The new Fort Saskatchewan location is now open! To order pick up, call into the store directly or order at the till. If you’re staying in and practicing your social distancing, no-contact delivery is available at www.oodlenoodle.ca.
Nation Takes
Oilers Talk
Recent articles from baggedmilk