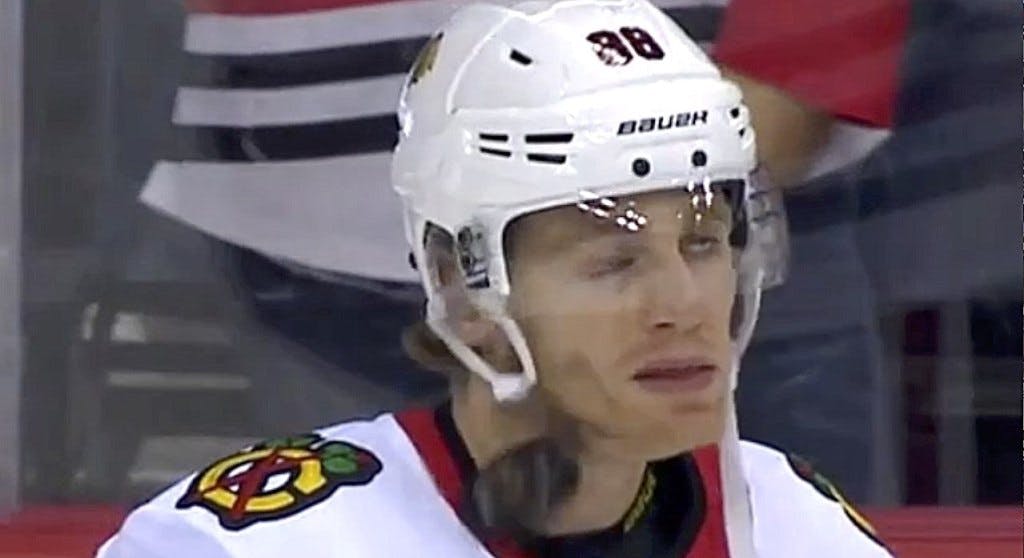 By baggedmilk
3 months ago
It’s been a couple of weeks but I’m back with a fresh dose of Random Thoughts to clear my brain out and get your help to make sense of everything that’s going on around the NHL.

I’m going to start this chunk of the article by saying how much I love Sam Gagner. I remember sitting on a beach in Thailand when he was drafted and thinking that this kid had the hands and hockey IQ to put our beloved franchise on the right path. And while he was certainly a major contributor to every team he played on in those early days, we never got to see Sam get the Oilers to the playoffs and fulfil the lofty expectations that we all had for him. Now a 33-year-old veteran of nearly 1000 games, Tom Gazzola’s information about the Oilers’ interest has us all waiting and wondering if we’re in line for a third tour of duty for our sweet Sammy, but while my heart would love to see it, I’m having a hard time figuring out if it’s worth it beyond simply wanting him back in an Oilers uniform? Then again, I also look at Gagner’s numbers and believe that he might be able to chip in on the ice as well after having a pretty solid season for himself last year in Detroit. In 81 games played, Gagner put up 13 goals and 31 points while also playing more minutes on the PK than any other Red Wings forward. Is that not the kind of 4th liner that we’re looking for too?

PATRICK KANE? I WANT IT BUT I DON’T BELIEVE IT.

You’ve gotta love the NHL dead zone that happens in mid-August, don’t ya? I mean, as much as it would be a good time to have Patrick Kane on the squad — this offence would be ridiculous if you added another 90+-point guy into the lineup — I can’t see any way that it could work unless Ken Holland clears all kinds of space to make it happen. Not to mention, what would the package even look like for one year of Patrick Kane? Where’s the line on how much we would spend to get him? Either way, I’m having a hard time seeing any possible way that this trade could happen regardless of the smoke starting to build or the fake conversation between Kane and Keith that Gregor put together on Friday. Maybe it’s just that we’re in the August dead zone and people need something to talk about, but I would be absolutely stunned if Ken Holland was able to find a way to pull a move like this off and I say that without even knowing if Kane would wave his NMC to come here in the first place. Either way, this rumour has to be one of the more fun ones that we’ve had around here, and while I have no expectations that it’ll actually happen — I also think upgrading the defence is more important — it is pretty fun to think about what this lineup would look like with another former Hart Trophy winner in the lineup.

It’s been pretty interesting to see how much things can change in the span of a few months, ya know? After finding out that both Gaudreau and Tkachuk wanted out of Calgary, one of the first things I thought about was how the Battle of Alberta was going to take another step backwards after just getting good here recently. But now that they got Huberdeau locked in with Kadri joining him shortly after, all of sudden the Battle of Alberta is looking like a good time for the foreseeable future even though it may not be as spicy as it has been over the last couple of years. That was, of course, until I remembered what happened in the playoffs. As I’m sure you remember, Evander Kane dumped Kadri into the boards from behind in Game 3 of the Western Conference Finals and knocked him out of the series, which could be the kindling the BOA needs to stay spicy in the immediate future. While I’m not necessarily expecting Kassian vs. Tkachuk levels of animosity, I could absolutely see those two dropping the mitts early in the season when these two clubs meet for the first time. Unfortunately, the NHL schedule makers felt like having only three BOAs on the calendar this year, and if that’s not a massive mistake after the way the playoffs went then I don’t know what is.

WHAT ARE THE ISLANDERS DOING?

Nothing. They’re literally doing nothing. For a team that missed the playoffs last year in a market where expectations are that they’re competitive, to see Lou Lamoriello not sign a single UFA of any variety is puzzling to me. I know the Isles were supposedly in on Kadri before he ended up in Calgary, but I also find it confusing if he was apparently their only plan.

On this week’s episode of Better Lait Than Never, I walked through the latest Oilers rumours that have been circling the Internet, a #NationVacation recap, and worked through another round of your voicemails. Subscribe to Better Lait Than Never for FREE on Spotify, Apple Podcasts, Google Podcasts, and wherever else you get your podcasts.
Nation Takes
Oilers Talk
Recent articles from baggedmilk