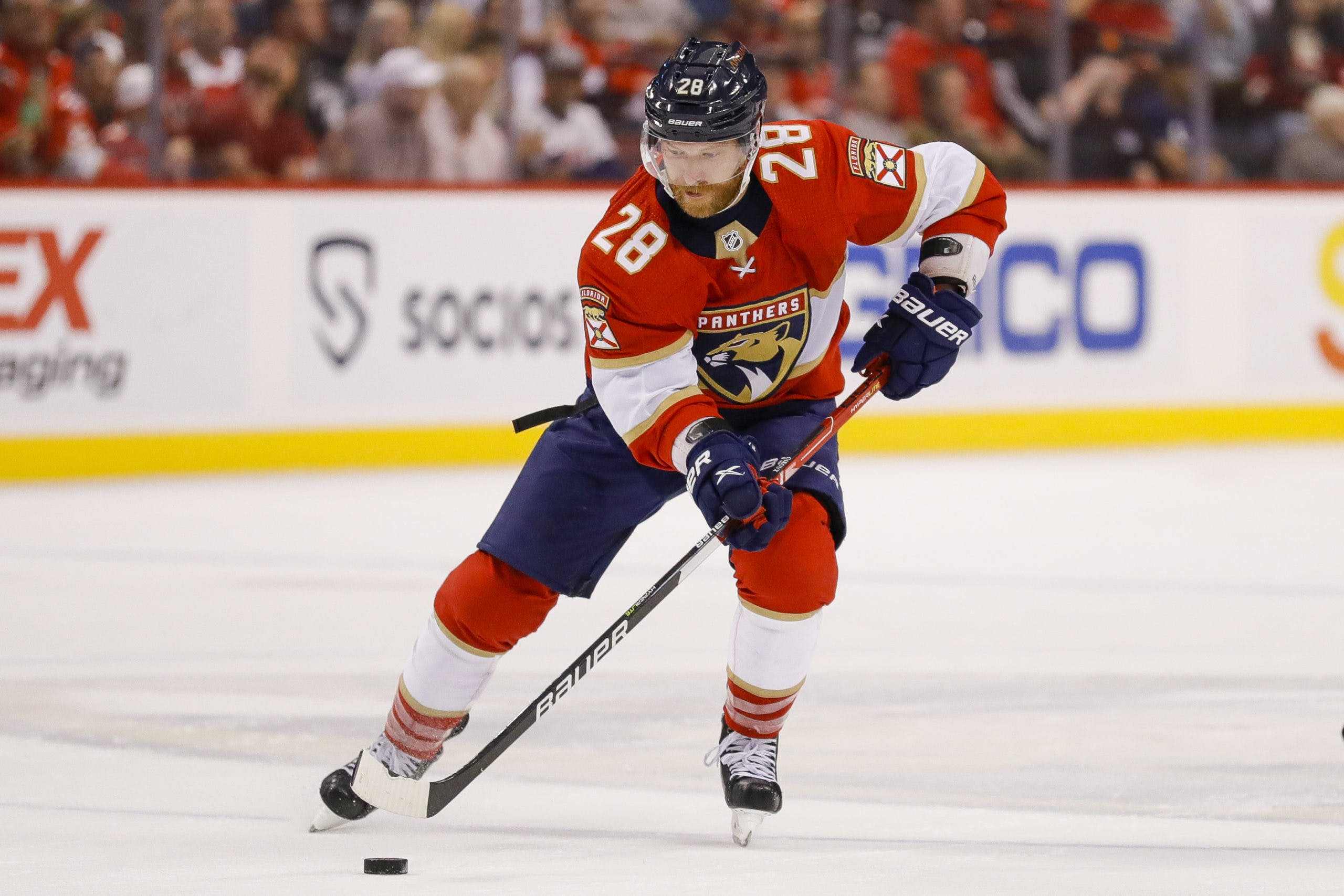 By Zach Laing
4 months ago
A new name has cropped up in the free-agent market for the Edmonton Oilers: Claude Giroux.
This is according to The Athletic’s Pierre LeBrun, who penned Monday that if they are unable to retain Evander Kane, Giroux is guy the Oilers could target. Here’s some of what LeBrun wrote:

There are clubs lurking, hoping to have a chance at Giroux, 34, come July 13.
One of those teams, I’m told, is the Edmonton Oilers. In the event that the Oilers can’t re-sign Evander Kane, I was told over the weekend that the Oilers have internally discussed the merits of trying to sign Giroux. He has played primarily wing the last few years, but also remains a top faceoff guy and still obviously impactful offensively.
Giroux playing either with Connor McDavid or Leon Draisaitl has plenty of appeal.
I think one of the key elements regardless of where Giroux ends up is signing more than a one-year deal. He’s got two young boys and I don’t think the veteran player and his wife want to keep moving around year to year. Teams that step up with a two- or even three-year deal will have a better shot. But so will teams with a shot at winning. Which the Oilers represent after a trip to the Western Conference Final.

A two-year deal for Giorux could make sense for the Oilers. He is 34-years-old, but Ken Holland has shown now and in the past he has no fear of bringing in aging veteran players, and Giroux is still producing at a good clip. 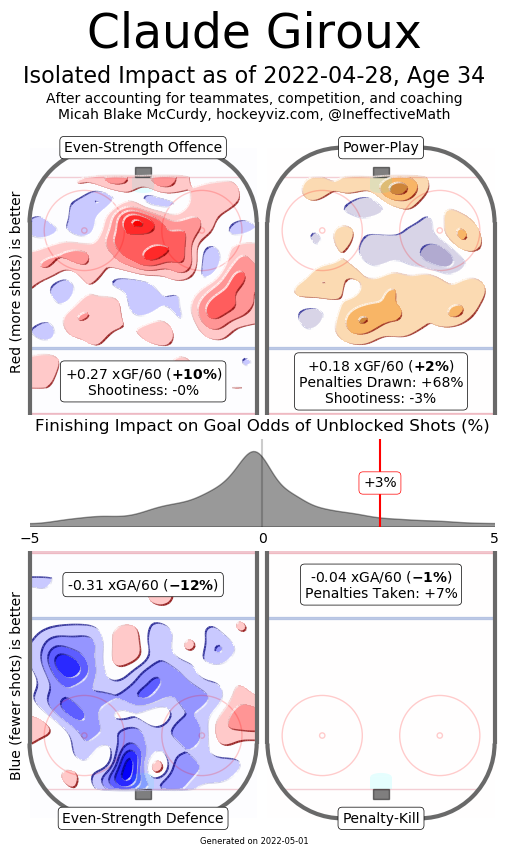 This past season, he split time between the Philadelphia Flyers and Florida Panthers. In Philly, he scored 18 goals and 42 points in 57 games, while his production jumped to three goals and 23 points in 18 games. And in the playoffs with the Panthers, Giroux chipped in three goals and eight points in 10 games.
His underlying numbers are strong, too, remaining positive in shot attempt share (53.44 with Philadelphia, 60.11 with Florida), scoring chances (51.99 with PHI, 60.24 with FLA), goals (54.55 with PHI, 68.75 with FLA) and expected goal share (51.33 with PHI, 59.85 with FLA).
His isolated impact charts are tremendous, too. He provided even-strength offence at a 12 percent rate above league average, and defence at a 12 percent rate above league average.
What’s impressive most is that Giroux’s underlying numbers were significantly stronger relative to his teammates with the Flyers. Philadelphia struggled heavily this season, so it’s good to see he remained a strong driver of play.
What would a deal look like for Giroux in Edmonton? According to Evolving Hockey’s contract projections, a two-year deal could fall in the $5.54-million range, while a three-year deal would bump the price up by $900,000.
Giroux would be an ideal replacement for Kane, and truth be told, I think he would be a better fit for the Oilers. Giroux is a much stronger two-way player than Kane is and that would be massive in the Oilers top-six. If Giroux is in fact interested in Edmonton, the team would be wise to make him a top priority this offseason.
Zach Laing is the Nation Network’s news director and senior columnist. He can be followed on Twitter at @zjlaing, or reached by email at zach@oilersnation.com.

Editorials
GDB 20.0 Wrap Up: The snakebite is real as Oilers can’t buy a goal, fall 3-0 to the New York Islanders
Do Not Sell My Info
Privacy Settings