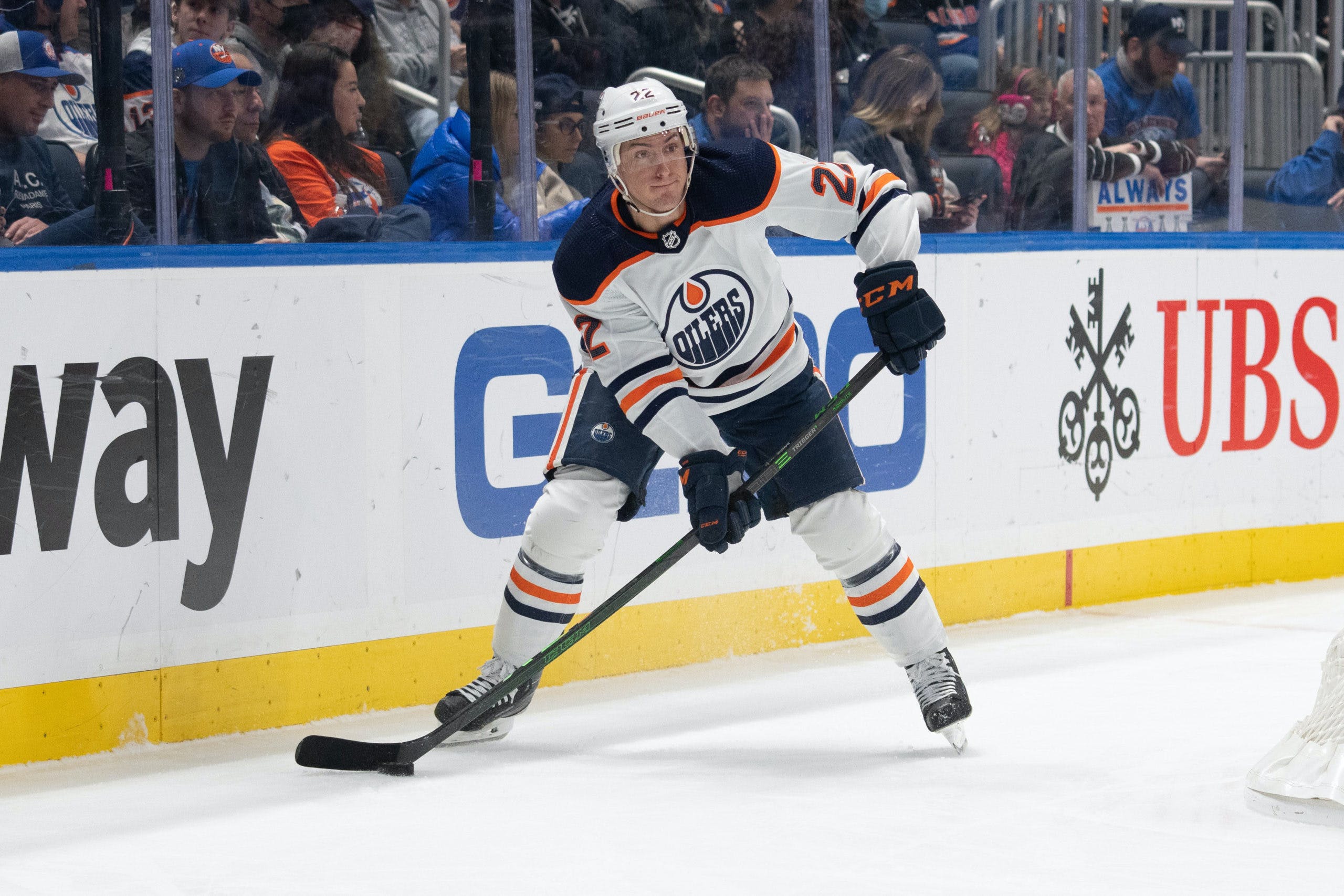 By Zach Laing
11 months ago
It appears that Edmonton Oilers defenceman Tyson Barrie’s upper-body injury isn’t very serious.
According to Postmedia’s Jim Matheson, the injury is expected to miss seven to ten days.
In a sense, it’s good news for the Oilers whose backend has been depleted in recent weeks. The Oilers now only have six defencemen on their active roster, so it will be curious to see how the coaching staff navigates it Saturday, assuming Barrie will be out.
The Oilers might look to run 12 forwards and six defencemen for the first time in the Woodcroft era.
Nonetheless, Barrie had left the Oilers game after the first period Thursday night against the Chicago Blackhawks. He was on the ice for the first period where he played just 5:45. He was on the ice for the Oilers’ two goals against in the first frame, but did notch an assist.
Barrie, 30, has appeared in 49 games for the Oilers this year scoring three goals and 23 points. His production has dipped significantly this year, and his point-per-game pace is the lowest of his entire NHL career, sans for the his first season in the league.
Zach Laing is the Nation Network’s news director and senior columnist. He can be followed on Twitter at @zjlaing, or reached by email at zach@oilersnation.com.
Nation Takes
News
Oilers Talk
Recent articles from Zach Laing