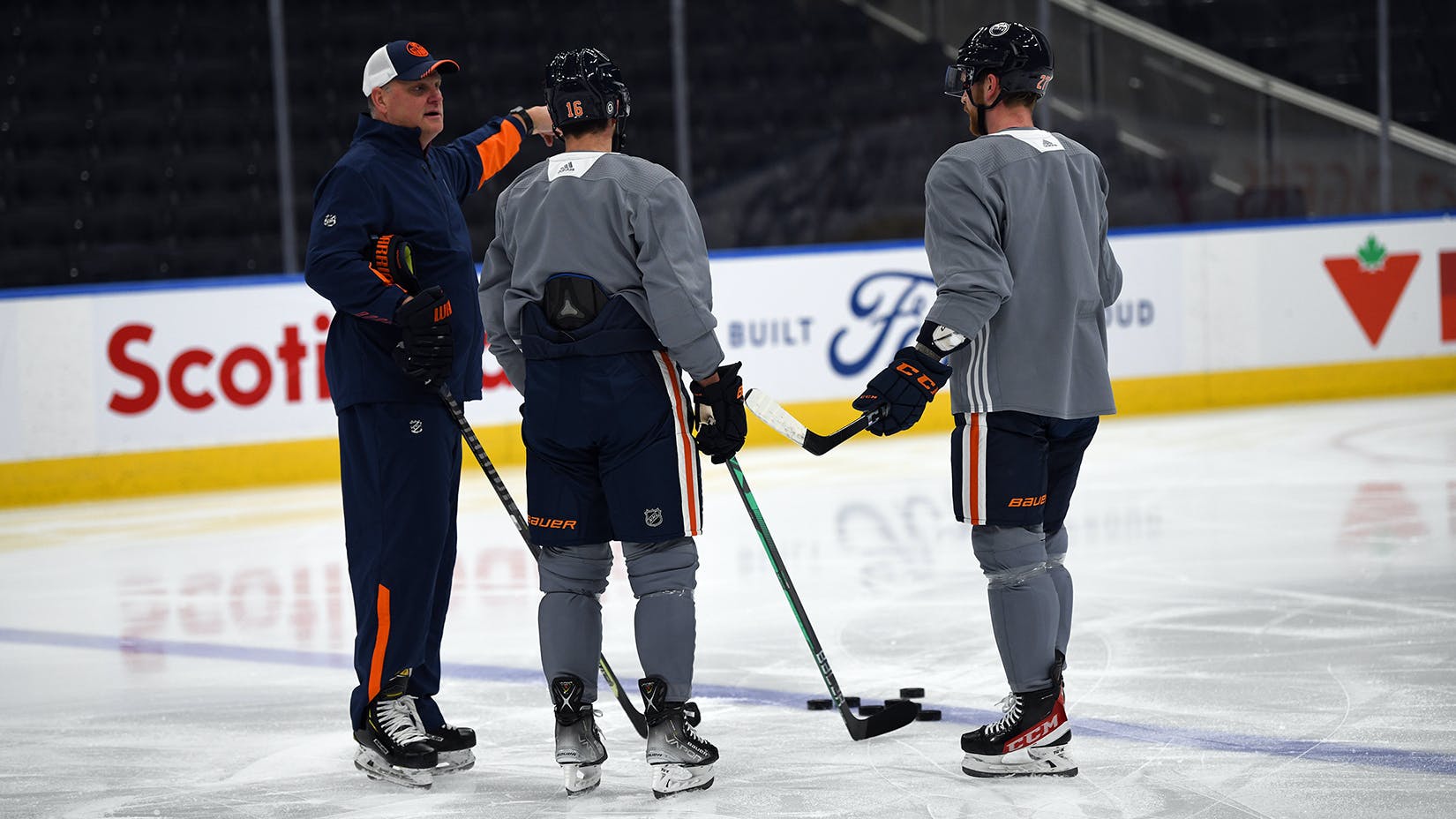 By Zach Laing
5 months ago
The Edmonton Oilers are expected to retain assistant coaches Glen Gulutzan and Dave Manson, while allowing assistant coach Brian Wiseman to move on, TSN’s Darren Dreger reported Thursday.
Gulutzan joined the Oilers as an assistant in 2018-19 under then bench boss Todd McLellan and has now survived three head coaches: McLellan, Ken Hitchcock and Dave Tippett.
It’s no major surprise to see him back. With previous head coaching experience at the NHL level, Gulutzan was a valuable resource for Jay Woodcroft to tap into when he was promoted in February.
When it comes to Manson, this was an absolute slam dunk to bring him back. He joined Woodcroft with the AHL’s Bakersfield Condors and Manson’s been a huge reason why some Oilers defensive prospects have developed so well. He knew Evan Bouchard well coming up, and has repotire built up with players like Philip Broberg, Dmitri Samorukov, Markus Niemelainen and Vincent Desharnais — all of whom are knocking on the door for NHL minutes.
Wiseman, meanwhile, came to town in 2019-20 under Dave Tippett with his role in Edmonton being his second in the NHL. Previously, Wiseman served as the Dallas Stars’ video coach in 2002-03. As Dreger noted, it sounds like he’s generating some other interest around the league and that’s great for him.
Now, Woodcroft will be tasked with finding a third assistant to work underneath him. Questions still remain about video coach Jeremy Coupal, who was a tremendous asset for the Oilers with his ability to identify times to challenge.
Zach Laing is the Nation Network’s news director and senior columnist. He can be followed on Twitter at @zjlaing, or reached by email at zach@oilersnation.com.