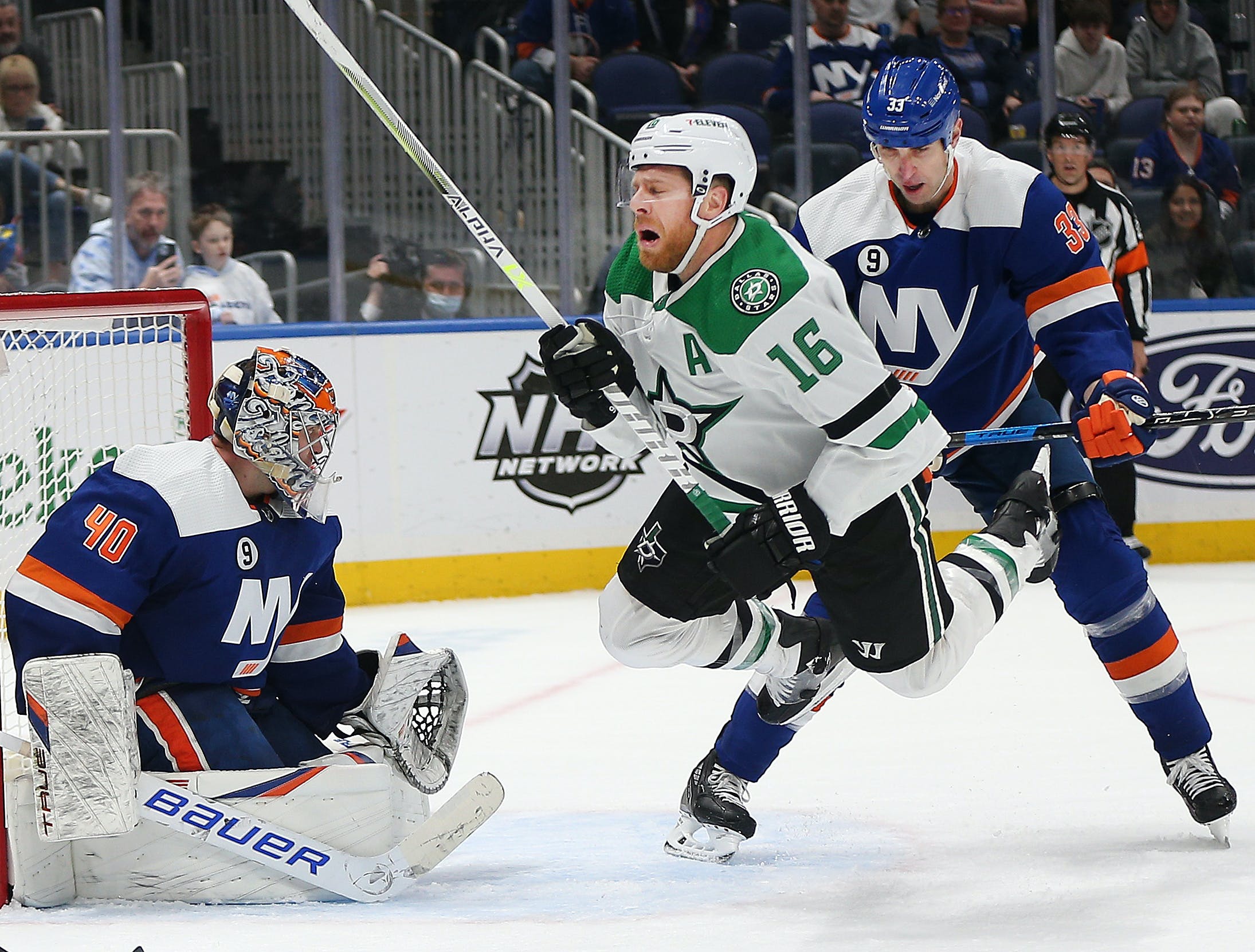 By Zach Laing
8 months ago
Could big Z be coming to the big E? (Big E? Is that a thing?)
Acronyms aside, it sounds like the Edmonton Oilers could be looking at veteran defenceman Zdeno Chara as an option ahead of Monday’s trade deadline.
NHL insider Chris Johnston joined Ryan Rishaug on his new podcast, dubbed Got Yer Back, where he spoke about what Edmonton could be looking to do.
Rishaug initially mentioned Seattle Kraken defenceman Carson Soucy as an option, and Johnston said the bidding could go as high as a third-round pick before speaking on Chara.

“My sense about what Edmonton has been up to though is they got like 10 guys they’re at least keeping tabs on. I even heard today, Ryan, is they’ve at least asked about Zdeno Chara, which isn’t to suggest they’ll go trade for him, but I think they want to know if he’d be willing to move. I think it’s a lot of due diligence on the market.” 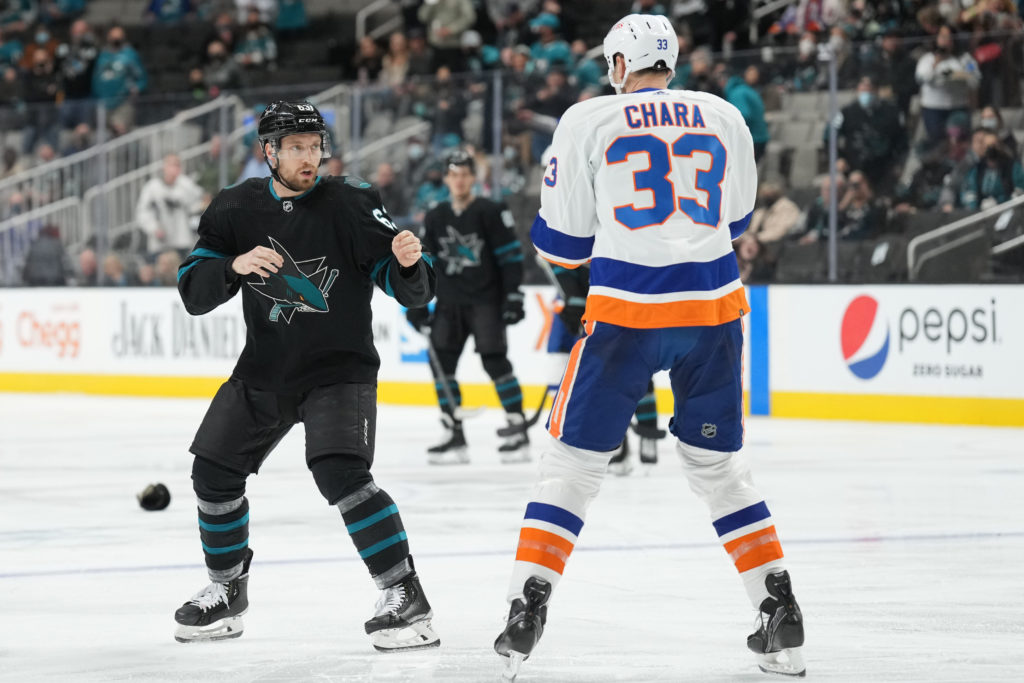 Feb 24, 2022; San Jose, California, USA; San Jose Sharks left wing Jeffrey Viel (63) and New York Islanders defenseman Zdeno Chara (33) prepare to fight during the second period at SAP Center at San Jose. Mandatory Credit: Darren Yamashita-USA TODAY Sports
According to hockeyviz.com, his even-strength isolated impacts are good, especially in the defensive zone. He provides offence at a three percent rate below league average and defence at a three percent rate above league average.
His expertise this year, however, has been getting in front of shots. At 5×5 this year he block 4.21 shots per 60 mintues, a rate that would place him behind Duncan Keith (4.65), Slater Koekkoek (5) and Kris Russell (7.7) in terms of Oilers defencemen.
Lots of word salad in there, but the gist is that Chara’s still providing results, despite his advanced age of 44. It’s truly incredible he’s still playing and beyond being a decent 3LD option, his leadership and experience would be invaluable to the club.
Zach Laing is the Nation Network’s news director and senior columnist. He can be followed on Twitter at @zjlaing, or reached by email at zach@oilersnation.com.
Nation Takes
News
Oilers Talk
Recent articles from Zach Laing