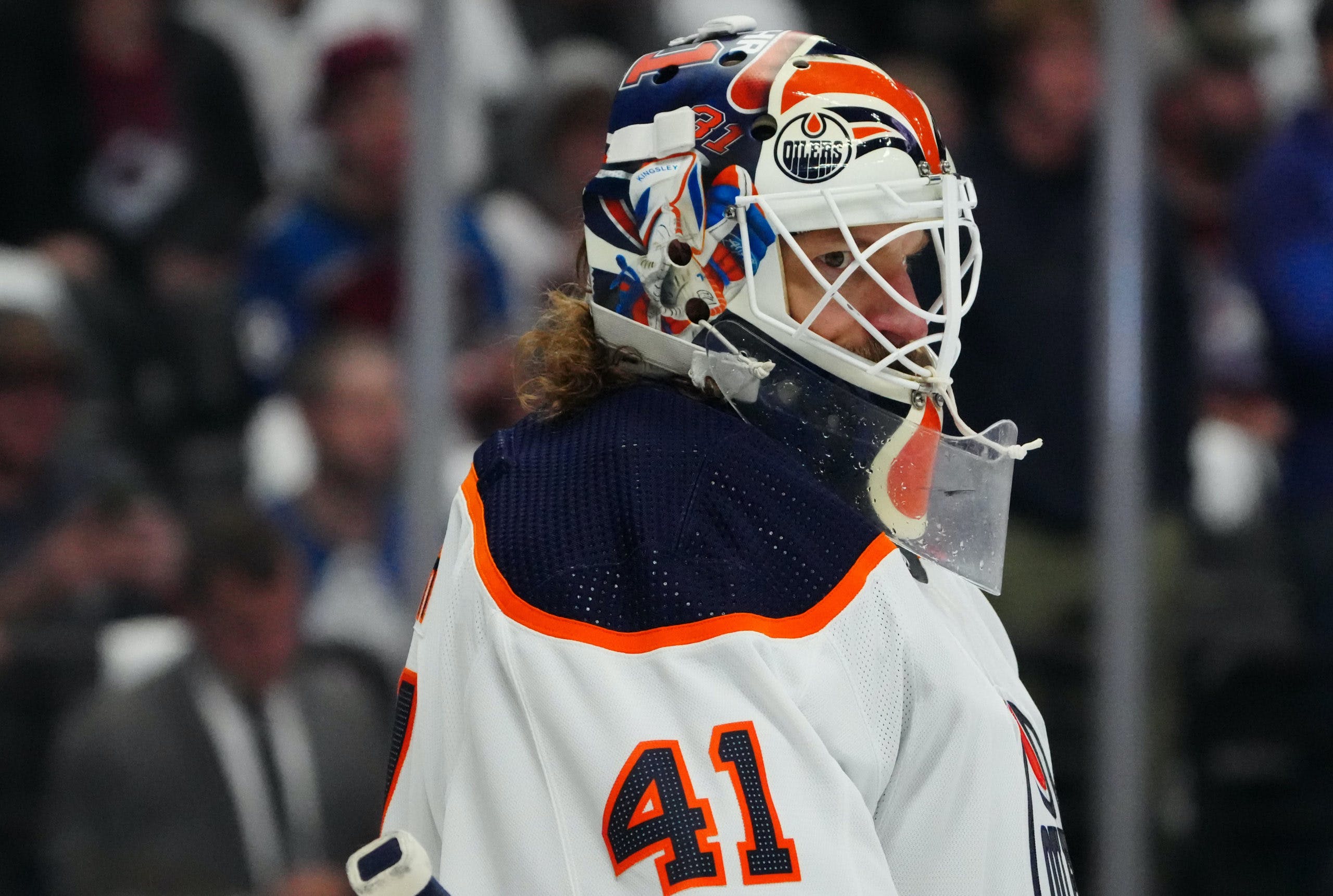 By Zach Laing
7 months ago
Edmonton Oilers goaltender Mike Smith is “highly likely” to land on the long-term injured reserve, TSN’s Darren Dreger reported Thursday.
Smith is believed to have played through various injuries that hampered him throughout the 2021-22 campaign.

Edmonton Oilers general manager Ken Holland and his veteran goaltender Mike Smith are discussing his future this week. Now we know that the 40 year old has dealt with a string of injuries and it’s highly likely that Smith will go on long-term injury reserve for the remainder of his contract, which only has one more year on it at $2.2 million. Holland will then dive deep into the free agent pool with interest in pending unrestricted free agent goaltender Jack Campbell, Ville Husso of the St. Louis Blues and maybe others if he needs to go further into that scenario. – Dreger

Smith only has one-year left on a two-year deal paying him an AAV of $2.2-million. He seemingly turned back the clock in his NHL career posting a 37-15-4 record, a .919 save percentage while saving 21.3 goals above average.
His biggest knock has been his inability to stay healthy. He played 32 games in 2020-21 and just 28 in 2021-22.
As Dreger noted above, the Oilers are expressing interest in a number of goaltenders in the free-agent market as they look for someone to pair with Stuart Skinner next season.
Zach Laing is the Nation Network’s news director and senior columnist. He can be followed on Twitter at @zjlaing, or reached by email at zach@oilersnation.com.