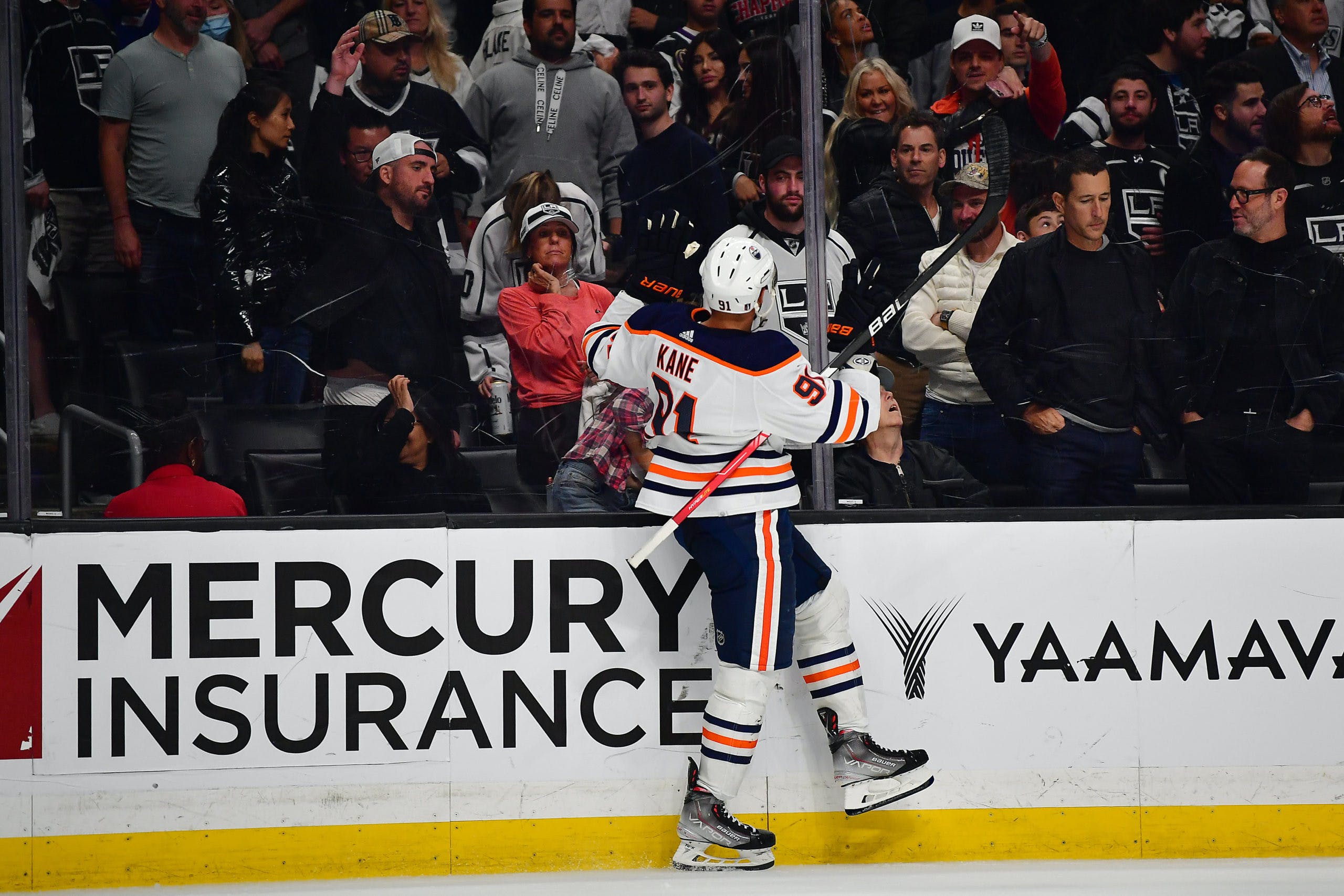 By Zach Laing
6 months ago
Evander Kane is showing an interest in a long-term contract with the Edmonton Oilers, 630 CHED’s Bob Stauffer reported Monday.
Stauffer noted that Oilers GM Ken Holland has expressed a desire to bring Kane back, news that doesn’t come as a surprise, but talks of a long-term deal are new.
Kane, 30, joined the Oilers partway through the season after having his contract terminated by the San Jose Sharks. He scored at a torrid pace filling the net 22 times while chipping in 39 points in 43 regular-season games.
Come the playoffs, his game elevated to another level where in 15 games, Kane scored 13 goals and 17 points.
The production was there and the big-bodied winger found a home on Connor McDavid’s wing. The pair were nothing short of electric together anytime they stepped on the ice.
The biggest issue with Kane as it stands today is an impending grievance with the San Jose Sharks. The NHLPA filed on his behalf against the Sharks for wrongfully terminating his contract. Kane was unavailable for a hearing during the Oilers’ playoff run, and the latest news is that the independent arbitrator in the case is unavailable until mid-to-late July.
This, of course, becomes an issue with July 13th being day one of NHL free agency.
Stauffer also said other pending UFA’s are looking at the Oilers differently, something noted over the weekend by Sportsnet’s Elliotte Friedman.
Zach Laing is the Nation Network’s news director and senior columnist. He can be followed on Twitter at @zjlaing, or reached by email at zach@oilersnation.com.