Risk and Reward: About Evander 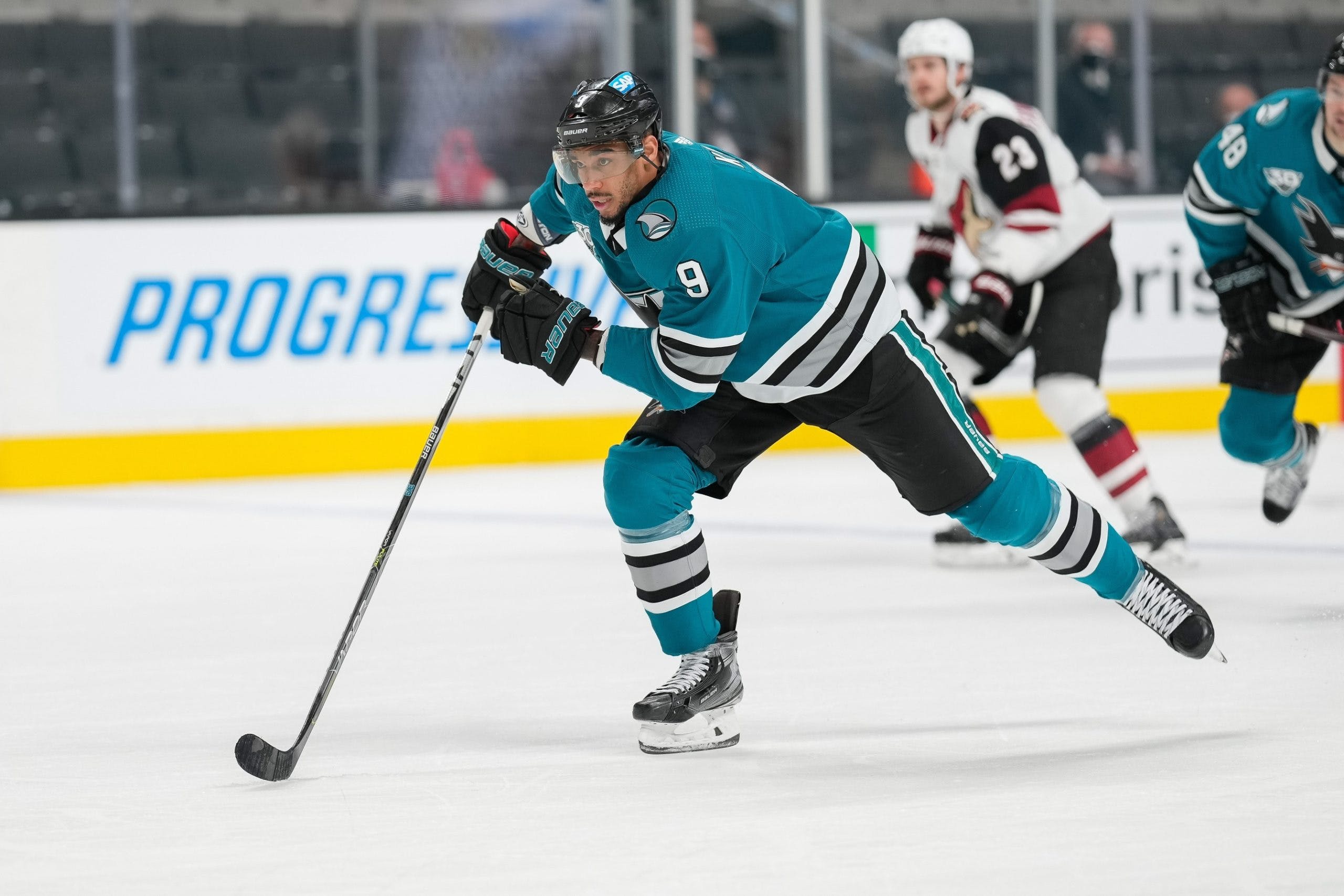 By Robin Brownlee
1 year ago
If this were just about second chances, you could easily make a compelling argument why a lot of NHL teams should be interested in adding @Evander Kane to their roster. The reality is Kane passed the second-chance threshold a long time ago and there’s a lot more to consider.
The reality is also that, while Kane, 30, is well past the age when bad decisions can’t be attributed to youth, a lot of teams are interested anyway because for all his faults and flaws off the ice, he’s a terrific player. Many teams, including the Edmonton Oilers – Darren Dreger of TSN said today GM Ken Holland has talked to agent Dan Milstein — could use Kane’s talents. The problem is the player and the person are a package deal.
We’ve seen players turn things around here in Edmonton, with Craig MacTavish being the most obvious example. Zack Kassian has done likewise since taking a last chance handed him by the Oilers and getting sober. In 2003, Dany Heatley of the Atlanta Thrashers survived a terrible car wreck. Teammate Dan Snyder, riding with Heatley, did not. Heatley went on to a long career.
People make mistakes, but Kane’s future in the NHL is up in the air today because he’s made more than a few. Kane first got my attention in 2012 with a photo of him holding up stacks of money like a phone to his ear in Las Vegas. No big deal, I thought at the time. Just a wealthy, young athlete having fun – even if flashing stacks like seemed a bit sketchy to me. Well, no. 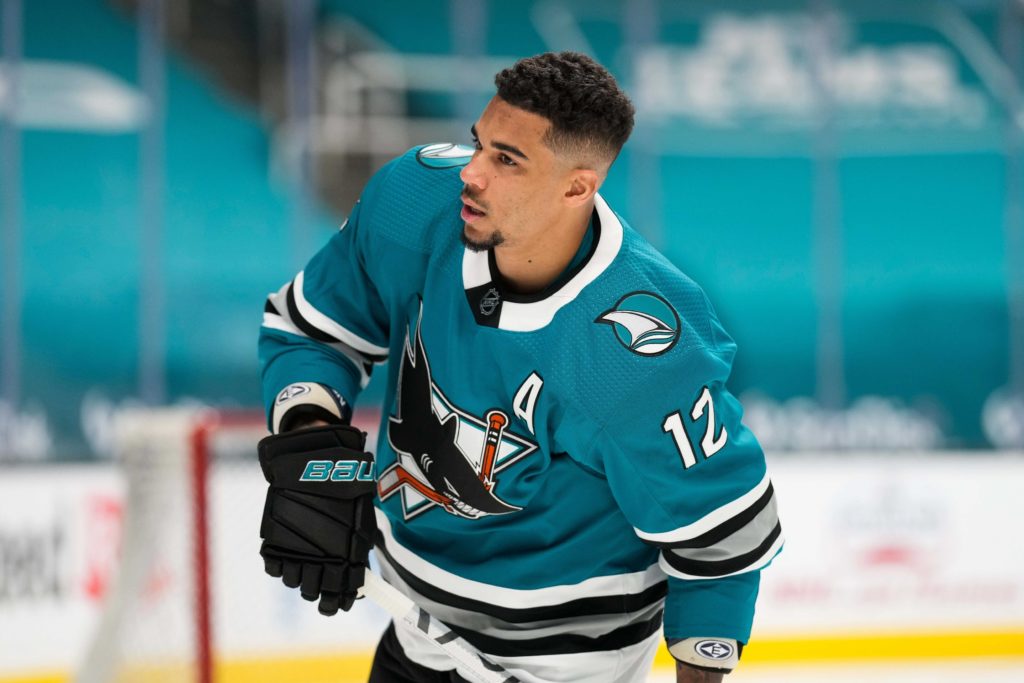 Apr 24, 2021; San Jose, California, USA; San Jose Sharks left wing Evander Kane (9) warms up while commemorating the legacy of Patrick Marleau by wearing the number 12 jersey before the game against the Minnesota Wild at SAP Center at San Jose. Mandatory Credit: Stan Szeto-USA TODAY Sports
I can’t say for certain if it makes any sense at all for the Oilers to be interested in Kane if/when he becomes available. What I think doesn’t matter because I don’t know him. What’s the risk? Is Kane willing to fly straight now after his latest mistake or is he one of those bad actors who just doesn’t get it? Bryn Griffiths and I asked ESPN/TSN analyst Ray Ferraro for this take on Kane this morning on our OUTSIDERS 2020 podcast. Some snippets below:
“Probably the same as a lot of people,’ Ferraro said when asked what he thinks when the name Evander Kane comes up. “I think Evander is a terrific player. He’s big. He’s powerful. He can score. He’s fast. He’s the prototype of what a power forward in today’s world looks like.
“When there’s so much noise around one guy all the time, it gives you great pause. If the noise was from the orbit, I wouldn’t worry about it so much. You read stories that he didn’t have a great relationship with his teammates in Buffalo and he didn’t have one in Winnipeg and then he didn’t have one in San Jose. That, to me, is what I would need to dig into.
“That gets to your general manager and your relationships around the league. What can you find out? It’s not calling Doug Wilson and saying, ‘Hey, what’s Evander Kane like?’ He’s too close to the situation. You would need to talk to an agent who has a player that’s played with Evander somewhere. You’ve got to find out exactly what the story is.
“I find in a lot of things, we all judge, and we make proclamations without knowing the full story. My pause, if I were a manager, would be this story has been consistent in too many places. That would give me the greatest pause. If you’re asking, Evander Kane, would I be interested in dropping him into my line-up? As a player, yes, but that’s not enough in this case. I’d have to find out more.”

Many different takes in response to an item about Kane earlier today. What concerns me about Kane based on what I’ve read and watched is the frequency of the incidents we know of. Has there ever been a protracted period of time when he’s kept his act together without being involved in some sort of trouble? How many chances has he had to straighten things out? Most of all, is the risk worth the reward? I don’t know. I have my doubts.
Let’s wait and see how Holland does working the phones when it comes to getting some answers about Kane. He’ll no doubt have some company in that pursuit.