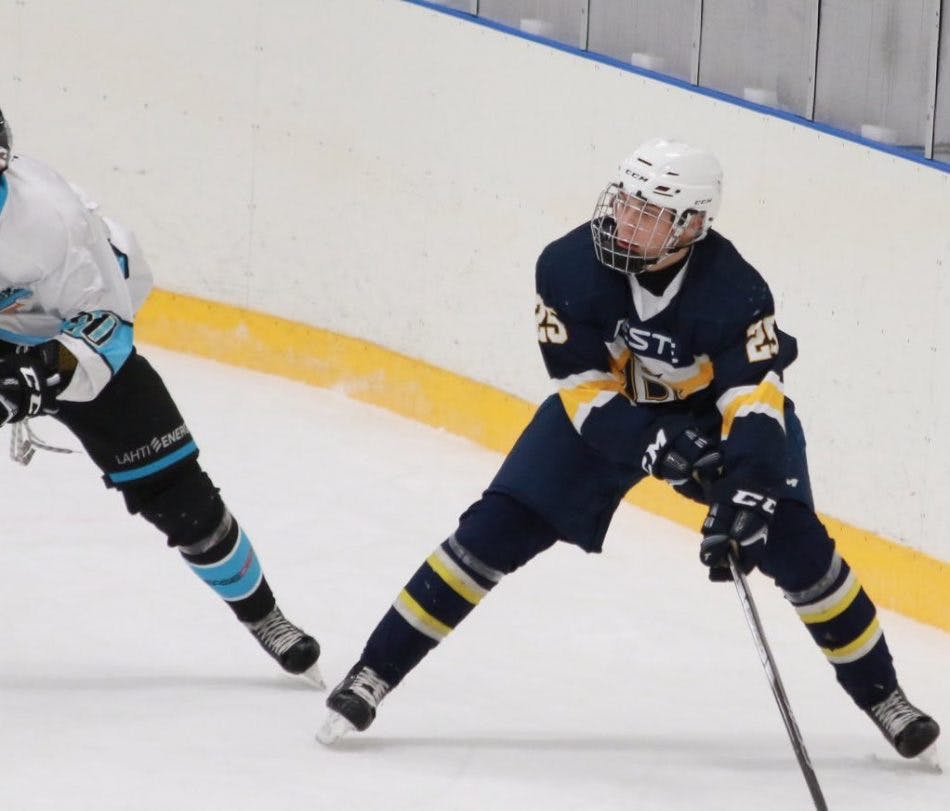 By baggedmilk
4 years ago
With their fifth and final pick in the NHL Draft, the Edmonton Oilers used the 195th overall pick to select centerman Patrik Siikanen from the Finnish Junior League.
With their final pick in the 2018 NHL Draft, the Oilers drafted Finnish centreman, Patrik Silkanen. Siikanen is a natural centreman that can also play on the wing, and he’s been reported to have a decent shot and offensive instincts, though he does need to work on his skating and consistency which is not exactly uncommon.
Listed at 6 feet 2 inches, the left-handed Finn spent last season playing with the Espoo Blues in the Finnish Junior league where he finished with 10 goals and seven assists in 24 games played.

Siikanen is almost like a phantom. I had to look all over the Internet to find basically anything on him but I did find a few things that should give us some basic information. Needless to say, I’d suggest that we put this prospect in the slow cooker and forget about it for a while, checking back every so often to see how things are coming together.
From FinnProspect.com:

I think the biggest concern with Siikanen is his skating. He is not slow when he gets his feet going but his overall mobility, agility and first steps are not on the required level. On the offensive side, he has fairly good skills. He can protect the puck and he knows where to go, but he lacks sharpness. Also, his passing game left a lot to be desired. Often his passes didn’t connect or went directly to the opponent’s skates and those situations caused some unnecessary giveaways.
But as the goals highlighted, he is really good in front of the net. Siikanen is big and strong player for this level. And even though I would like to see more physicality from him, he already utilizes his size well.

Siikanen had a pretty good, yet slightly inconsistent game for Blues U20 in a 5-0 preseason win over Pelicans. He displayed offensive prowess in the first period and made one clever wraparound scoring attempt. He used his stick really well and backchecked effectively to close gaps and apply pressure throughout the game. Siikanen’s skating looked quicker than in the past season, thanks to a more smooth and efficient stride. However, his first few steps, agility and footwork still require work. He turned the puck occasionally over in bad spots, would have liked to see more composure and confidence with the puck.

ARTICLE BROUGHT TO YOU BY SPORTS EXCELLENCE