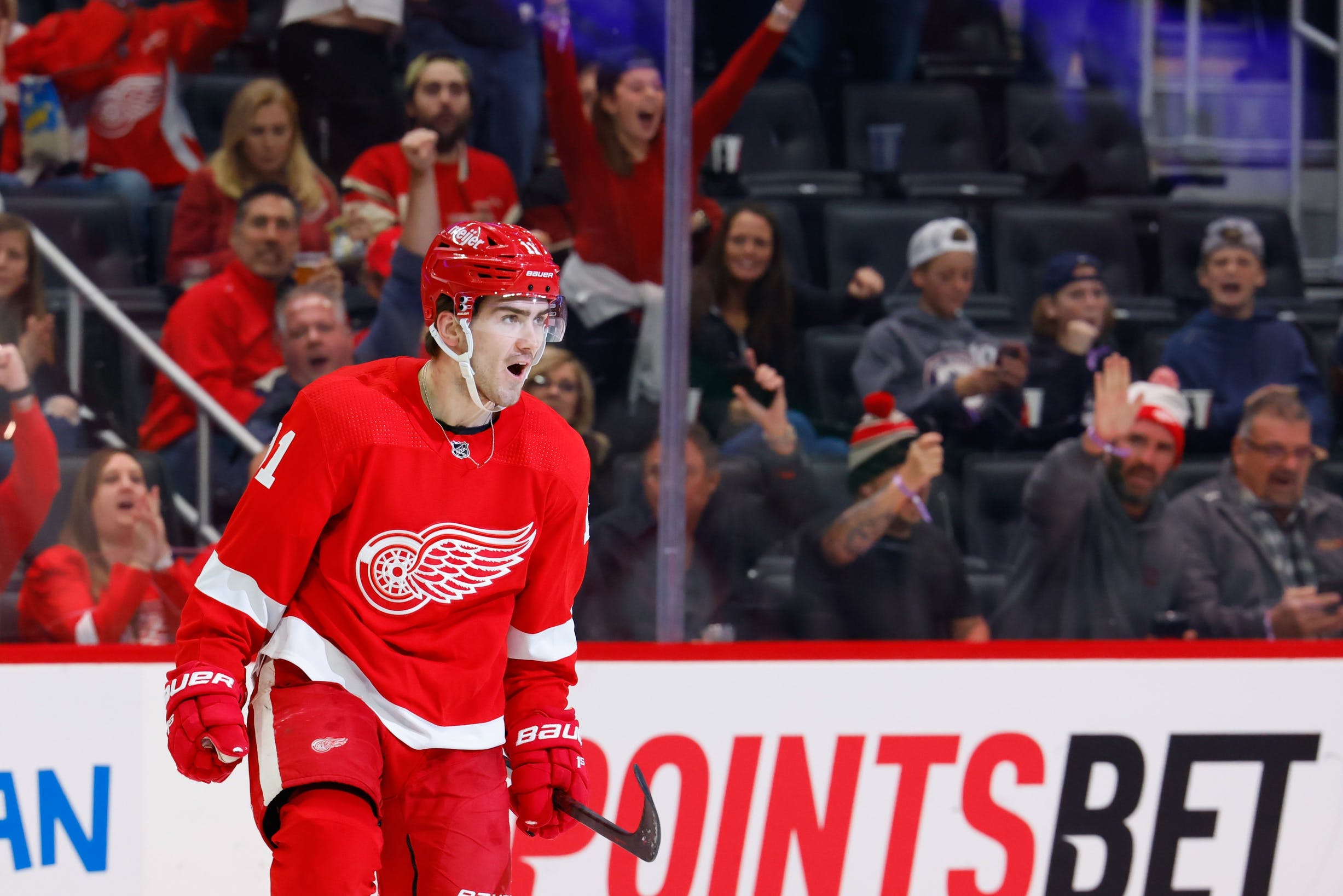 By Cam Lewis
10 months ago
It looks like one of the Detroit Red Wings’ top prospects could be in need of a change of scenery.
Over at Daily Faceoff, Frank Seravalli listed Filip Zadina at No. 12 on his most recent Trade Targets board, noting that there’s a growing sentiment around the league that the Red Wings could opt to move the young winger.

Scoop: There was no shortage of excitement around Zadina when the Red Wings selected him at No. 6 overall in 2018. GM Steve Yzerman doesn’t tip his hand, but the sense league-wide is a change of scenery is in order for Zadina. Teams perked up when Zadina spent six games on the top line from Feb. 9-26, seeing it as a ‘showcase’ opportunity ahead of a potential trade. He scored twice in those six games, putting him on track for 11 goals in 80 games. Zadina is a gifted shooter, but the knock on him is that he’s become more of a perimeter player – and only a select few players (Alex Ovechkin or Steven Stamkos) can consistently score in today’s NHL from the outside. Zadina was also a healthy scratch on Jan. 4 and his ice time is down more than two and a half minutes from last season, which is a lot considering the recent bump on the first line is already factored into the equation.

The connection here, of course, is that Zadina was the Red Wings’ first pick in 2018, No. 6 overall, which was Ken Holland’s final draft as the team’s general manager. While Holland left the Red Wings following the 2018-19 season, Zadina is a player that he’s going to be very familiar with.
Born in the Czech Republic, Zadina was a highly-touted scorer before his draft. He came over to North America for the 2017-18 season and scored 44 goals and 82 points in 57 games for the Halifax Mooseheads of the QMJHL and also had a very impressive showing at that year’s World Juniors, scoring seven goals in seven games.
Zadina has performed well for Detroit’s AHL affiliate, the Grand Rapids Griffins, but he hasn’t been able to translate that to NHL success. As a 19-year-old, Zadina scored 16 goals and 35 points over 59 AHL games, he then scored 16 points in 21 AHL games the following season. But, through 138 games with the Red Wings, Zadina only has 22 goals and 54 points.
Between this season and last, Zadina has boasted very good underlying numbers but a very low shooting percentage, which generally indicates bad puck luck. That said, as Seravalli noted, Zadina has been a perimeter player at the NHL level, which could explain why his shots aren’t finding the back of the net.
While the Oilers don’t have a glaring need for another winger, it’s never a bad idea to bring somebody into the mix with the skill and upside that Zadina has. Edmonton has Jesse Puljujarvi and Kailer Yamamoto as their skilled wingers on the right side, while Zack Kassian, when healthy, also sees time in the team’s top-six.
Holland has linked up with Steve Yzerman for a deal involving a young winger before. Back in 2020, Holland traded two second-round picks and Sam Gagner to the Red Wings for Andreas Athanasiou, a player that he drafted and developed while in Detroit. The move didn’t work out for the Oilers at all as Athanasiou played only a handful of games for the team and ultimately didn’t get a qualifying offer as a restricted free agent.
What say you, Nation? Should Holland have any interest in the player he selected No. 6 overall in 2018? Is this something that’s better explored in the off-season? Or is Zadina a player he shouldn’t bother with? Let us know!
Nation Takes
Oilers Talk
Recent articles from Cam Lewis