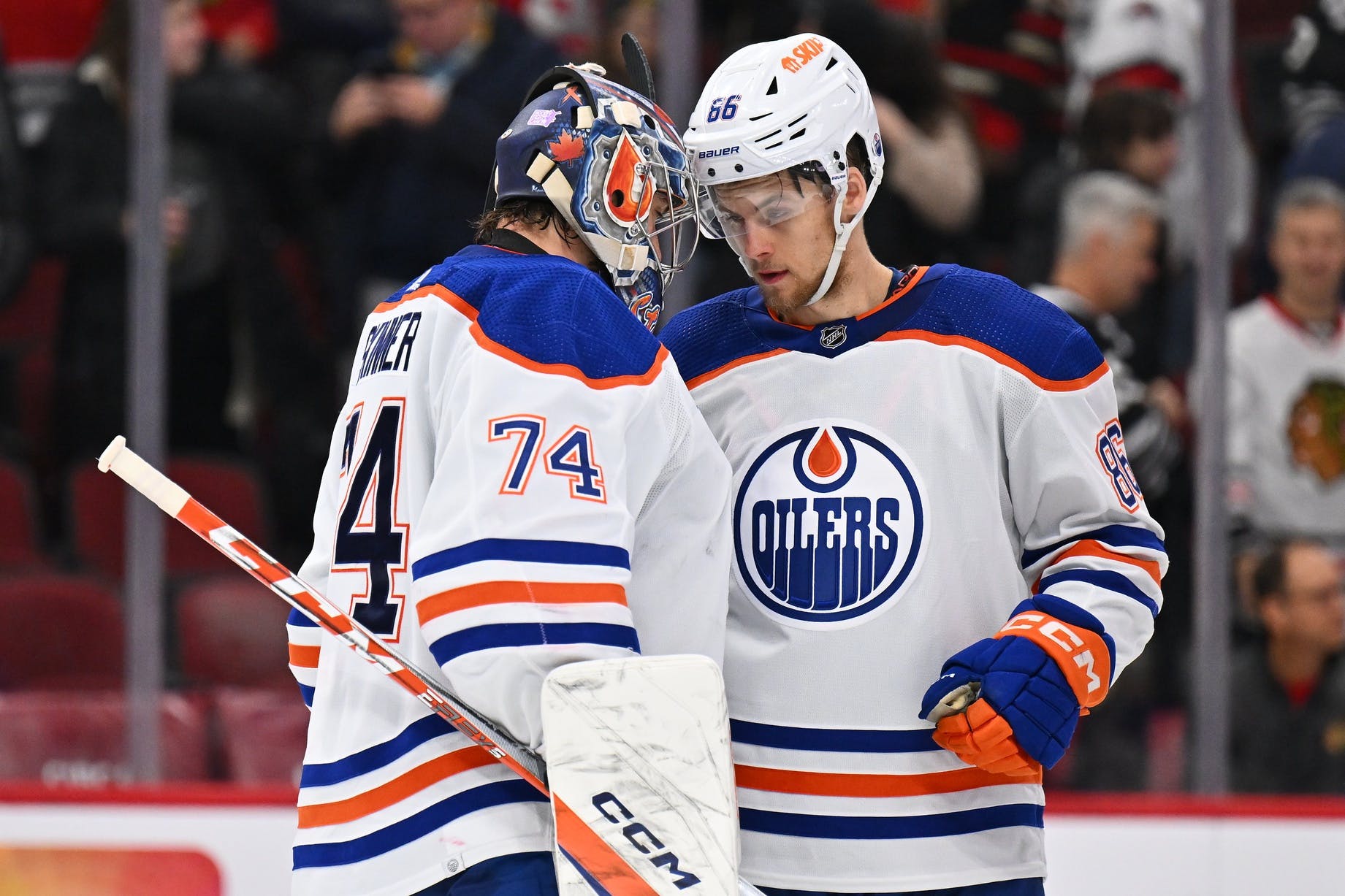 By Kylie Salai
1 month ago
Welcome to the first edition of the Sunday Scaries!
So far this season, as a fanbase, we have had a plethora of concerns: defence, goaltending, depth scoring, penalty kill… you name it and I can guarantee it was a concern for someone — this is what I mean when we’re talking about the Scaries.
Last night our Oilers took on the absolutely terrible Anaheim Ducks and managed to lose because somehow in a 4-3 game, we still got goalie’d by a third-string goalie who had played a WHOPPING seven games in the NHL prior to Saturday’s win… I shouldn’t be surprised because the combination of an awful team, a third-string goalie, and a matinee game is a kryptonite cocktail around here, what was I expecting to happen?
My big win for the week is that players down our lineup are finding their feet a bit more. Yamamoto picked up a pair, Klim Kostin is winning the city over, Warren Foegele is back, and maybe McDrai can have a bit of a break, or at least be offered one because they don’t really ever slow down. With Yamamoto back and getting going and Darnell Nurse finding the scoresheet again, it takes a little pressure off our power duo. Now, we’ll wait and see if there’s anyone else that can chip in with a goal or two.
I will admit, with the way our games ended the week off, it’s hard to sit here and find big positives from the last seven days. Jay Woodcroft is raising red flags for some with his usage, Nurse’s defensive game has proved costly a few times, and not to be that person, but the consistency in the NHL reffing is horrific.
Anyways, to cut to the chase, here is my official list of Sunday Scaries:
These are pretty self-explanatory, but I want to elaborate on Skinner.
He is a rookie goalie, who has been pretty lights out this year with .915 save% and 2.83 GAA after 18 starts ( with the exception of the Ducks game, but that was a weird one to be a goalie in) but I’m worried he’s going to run out of gas. Jack Campbell’s confidence is nowhere near what it needs to be for him to be playing his best hockey, but what happens there when we inevitably need him to step up for this team? Skinner’s wife is about to give birth to their son, and hockey aside, Skinner is going to be tired, which as we saw with Talbot and his twins, and that lack of sleep may translate to their play on the ice.
Do you have any Sunday Scaries for this upcoming week or the team in general?
Drop a comment or come chat with me on Twitter, I would love to hear your thoughts!!
Oilers Talk
Recent articles from Kylie Salai