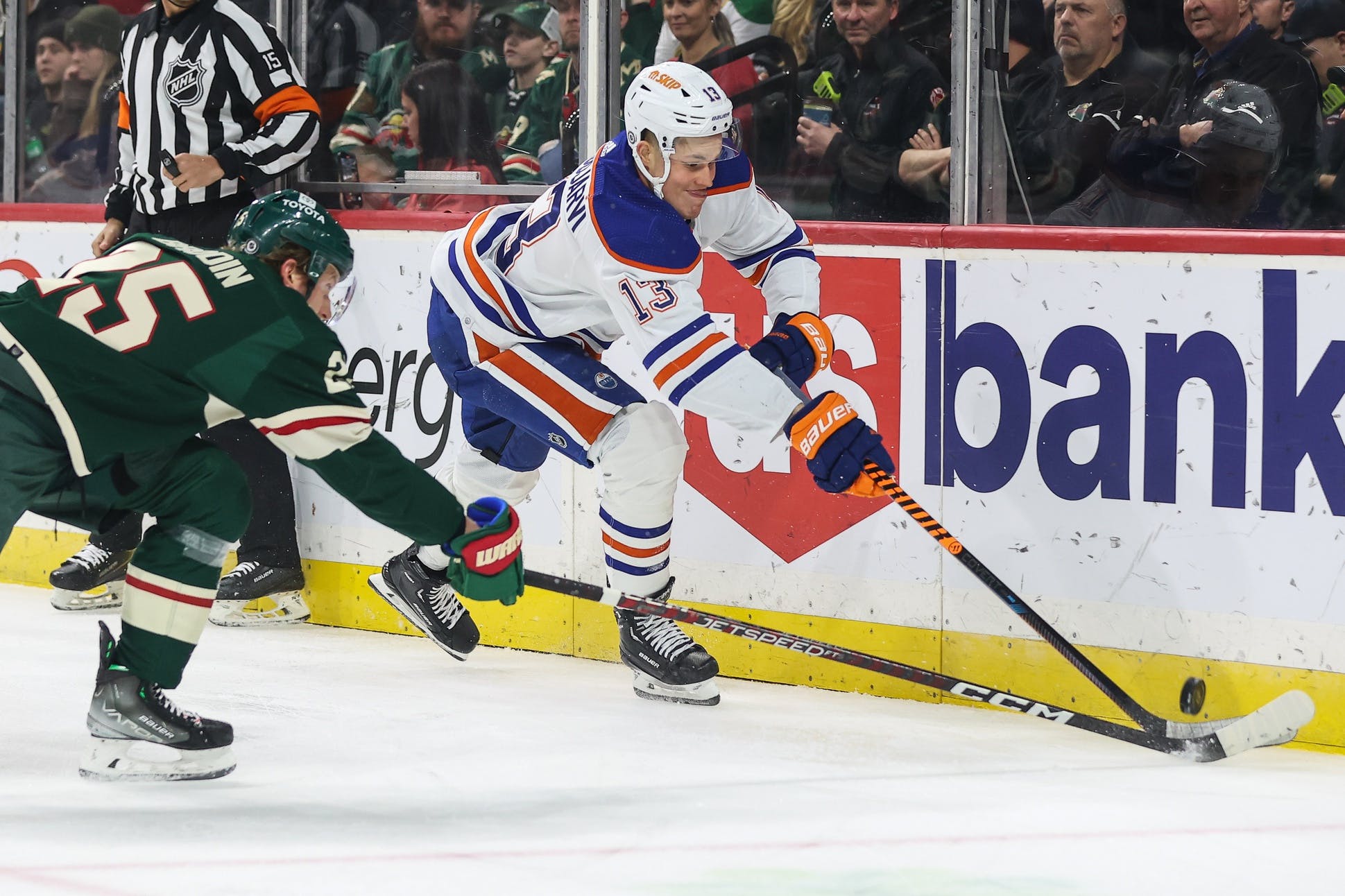 By Robin Brownlee
1 month ago
With the NHL’s holiday roster freeze kicking in next Monday, we’re going to see lots of trade speculation between now and then because, well, that’s how it goes every season. This is when GMs take stock of where they’re at and where they want to be at the trade deadline.
It’s no surprise, then, that there was some buzz out of the Xcel Energy Center Monday during the course of the Edmonton Oilers 2-1 loss to the Minnesota Wild that Anaheim Ducks GM Pat Verbeek was in the house and was seen chatting with Oilers GM Ken Holland. The Oilers host the Ducks Saturday, but if this was a fact-finding mission, Verbeek has pro scouts for that.
Given that Verbeek was a big-time seller at the last trade deadline and that the Ducks are dead-last in the Pacific Division right now at 7-19-3 for 17 points and are going nowhere fast, it’s not out of line to contemplate whether he and Holland might get some business done.
Anaheim has six selections in the first three rounds of the 2023 Entry Draft – including the first overall pick as of today — and players Verbeek would be willing to move in John Klingberg and Adam Henrique. As for Holland, he has Jesse Puljujarvi, and there’s no question he’s willing to move him along or that it’s past time to make that happen in the minds of many.
Any chance Verbeek might be in Nashville tonight to watch the Oilers again when they face the Predators? Guaranteed we’ll get an update on the press box roster from the travelling contingent this afternoon. 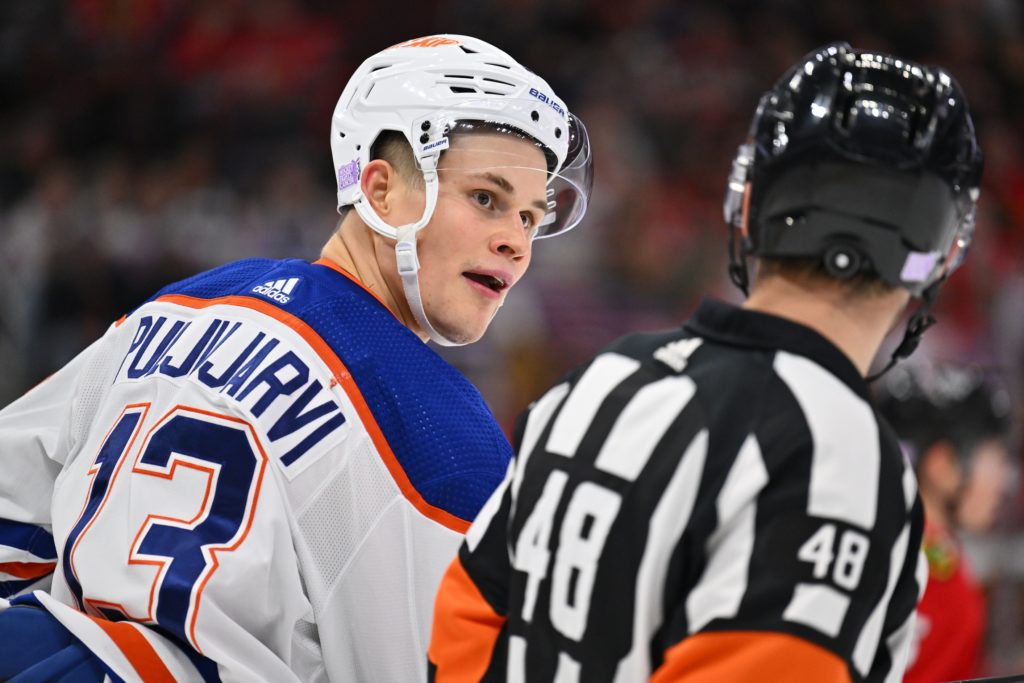 Nov 30, 2022; Chicago, Illinois, USA; Edmonton Oilers forward Jesse Puljujarvi (13) talks with referee Beau Halkidis (48) during the second period of a game against the Chicago Blackhawks at United Center. Mandatory Credit: Jamie Sabau-USA TODAY Sports
Every NHL beat writer worth a damn understands how important it is to keep tabs on who is in the rink for any given game, as Russo and Matheson have done. You need to know who the pro scouts are and who is talking to whom.
That said, unless you’re in on those conversations, or you are let in by somebody in-the-know, knowing who is talking doesn’t mean you know what they’re talking about, but it’s a start. So, what were Holland and Verbeek chatting about?
“I thought the record would be a little better, to be honest with you, but hey, it is what it is,” Verbeek told the Los Angeles Times last week. “It’s a tough league. We’ve been in games that we’ve totally blown, making terrible mistakes. This league is not forgiving in that sense. When you make those types of mistakes, it usually goes in the net.”
I don’t know who or what Verbeek and Holland are talking about – it might just be old friends shooting the breeze. I don’t what level of interest, if any, the Little Ball of Hate has in re-visiting the possibility of acquiring Puljujarvi. I do know that it’s a conversation that’s on the radar and is worth keeping tabs on.
As always, there will be more than a few conversations like that leading up to the roster freeze and the trade deadline. Stay tuned.

Darnell Nurse has been a solid trash talker during his career, but he was on the receiving end of some lip service Monday. Jordan Greenway took a run at Nurse over his pay cheque, a hefty $9.25 million per season under the terms of his new contract.
“You make $9 million and you don’t do shit,” Greenway said to Nurse as the teams were leaving the benches and heading to the dressing rooms. That razz is here. Greenway, by the way, packs a more modest $3 million AAV on his contract.
Editorials
Featured
Oilers Talk
Recent articles from Robin Brownlee