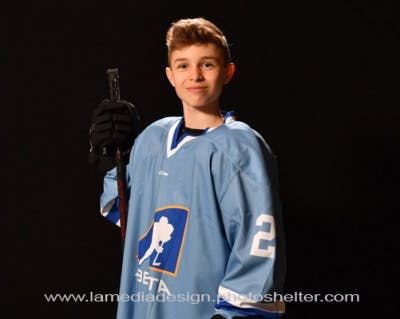 By Zach Laing
11 months ago
Teo Pisani is staying home.
The son of Oilers legend Fernando Pisani was drafted by the WHL’s Edmonton Oil Kings in the fourth round in the 2021 WHL Bantam Draft.
Teo, 15, spent last season with his hometown St. Albert Raiders U18 AAA club where he was one of their best players. In 19 games, he scored six goals and 17 points.
“Teo is a very intelligent hockey player who has an ability to process the game at a high level,” said Oil Kings director of scouting Michael Chan. “Along with his skating ability, he is able to use those tools to help make his teammates better and play in all situations.”
Teo’s father, Fernando, was drafted by the Edmonton Oilers in the 8th round of the 1996 draft. He played 402 games for the Oilers and was a key cog in the Oilers 2006 playoff run where he scored 14 goals and 18 points in 24 games.
Fernando has worked with the Edmonton Oil Kings as a development coach since 2016-17.
Zach Laing is the Nation Network’s news director and senior columnist. He can be followed on Twitter at @zjlaing, or reached by email at zach@oilersnation.com.
Nation Takes
News
Oilers Talk
Recent articles from Zach Laing