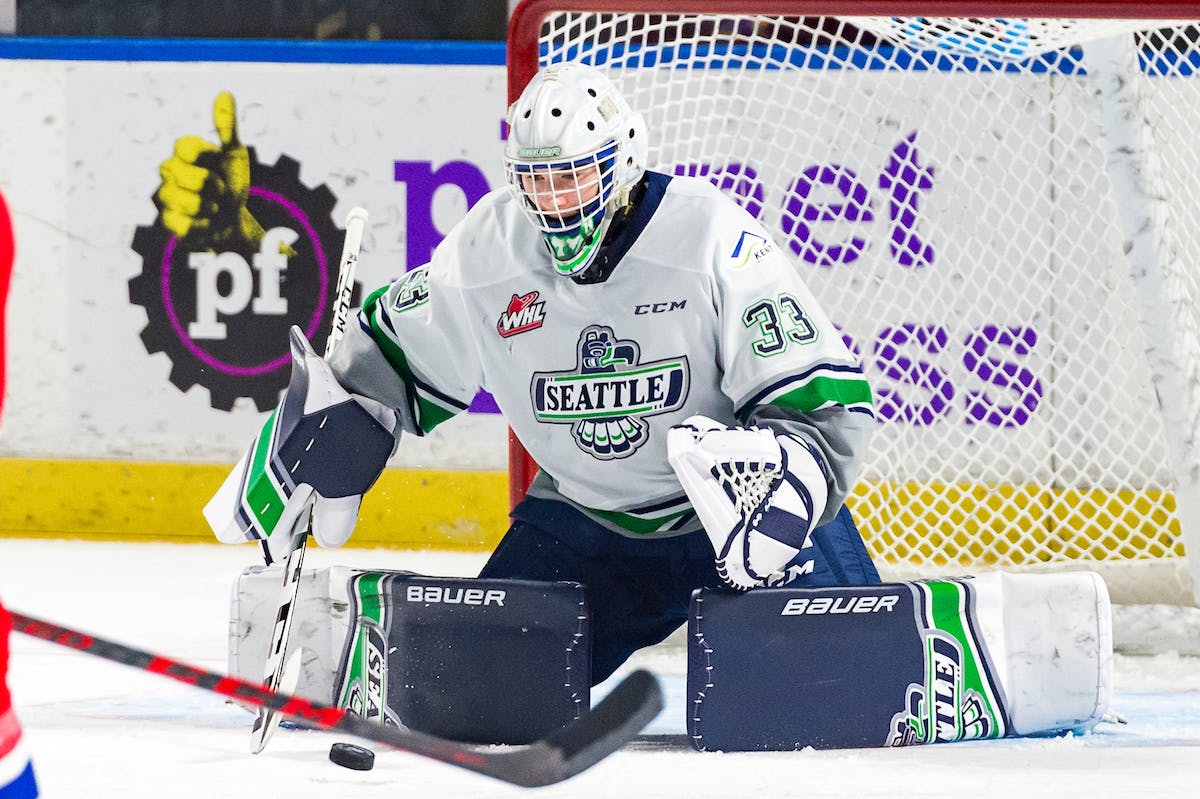 By Liam Horrobin
5 months ago
Team Canada’s quest to win a 23rd gold medal at the Hlinka Gretzky Cup begins this Sunday.
They’ll take Team Switzerland in Red Deer with a roster loaded with first-round talent for the 2023 NHL Draft. The players from Western Canada headline the group featuring players like Brayden Yager, Zach Benson and Matthew Wood ready to take over the competition.
Seven of Canada’s ten provinces will be represented at this year’s tournament with Ontario leading the way with six. Saskatchewan has five, BC has four, Alberta and Quebec each have three, and Manitoba and New Brunswick have one. In the previous two tournaments Canada has played in, Alberta has been atop the representation list, but that is not the case this summer. Saige Weinstein, Scott Ratzlaff and Jackson Unger are the three that will play in front of their home provincial crowd.
Weinstein is a defenceman from Edmonton who played last season with the Spokane Chiefs in the WHL. In his first season there, the Edmonton native had a goal and 14 points which led to him being named the team’s rookie of the year. He may be hidden down the lineup with Tanner Molendyk and Caden Price ahead of him on the depth chart, but Weinstein has plenty of upside in his game. Hopefully, fans get a chance to see the explosiveness and intensity he can provide to the lineup.
Scott Ratzlaff is next up from the Seattle Thunderbirds of the Western Hockey League. If you caught the team’s warmup game against Team Canada Red on Wednesday, you would’ve seen him on full display going the distance for the U18s, stopping 40 of 42 shots in a 3-1 loss. Ratzlaff showed similar production throughout his rookie season with the Thunderbirds. In 22 games, he recorded 2.48 goals against average along with a 0.902 save percentage and a 17-2-1 record. At this point, it feels like it’s his crease to lose going into Sunday’s game against the Swiss. One player that hopes to challenge him still is fellow Albertan Jackson Unger.
Unger started last season in U18 with the Edge Mountainers in the CSSHL before becoming a full-timer in the WHL with the Moose Jaw Warriors. In 18 games, he registered a 3.60 goals-against average with a 0.891 save percentage and an 8-7-1 record. In the warmup game versus Team Canada White, he played in the second half of the game and stopped 12 of 14 shots. At this tournament, Unger likely will take a backseat role to Ratzlaff.
The last time the Hlinka Gretzky Cup was played in Alberta was in 2018 when Alexis Lafrenière led the team to a gold medal. That year, Canada beat Sweden in the final 6-2 to grasp gold medal number 22. This year, they’ll need to beat out the Swedes again along with Switzerland and Slovakia in the group stage if they want another chance at gold.
News
Team News
Recent articles from Liam Horrobin