The Canadians Are Back on Top at the Hlinka Gretzky Cup 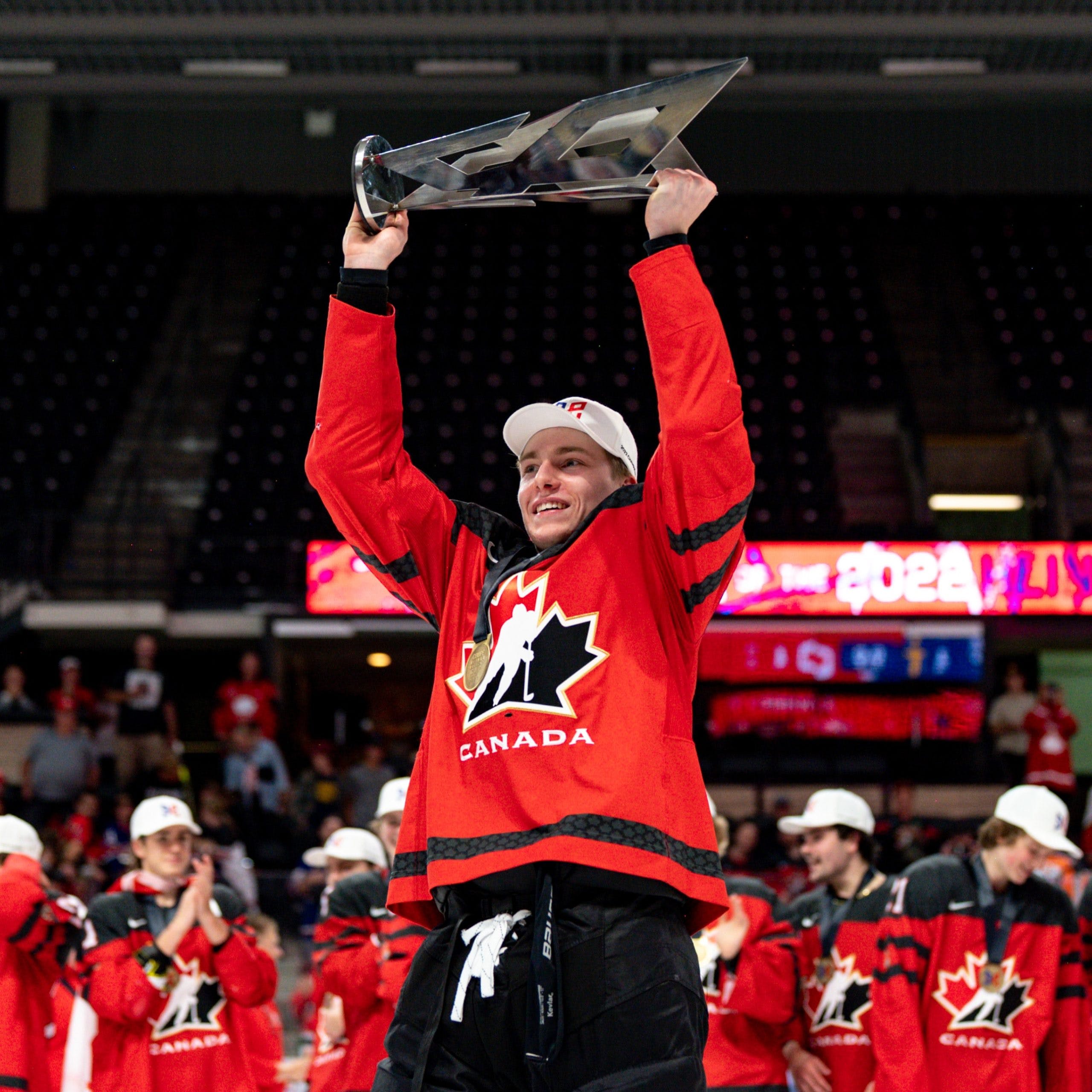 By Liam Horrobin
5 months ago
The gloves, helmets, and sticks were sent to the skies on Saturday night as Team Canada captured their 23rd gold medal at the Hlinka Gretzky Cup. Canada went undefeated in the tournament rounding out the week with a 4-1 win over Sweden to take home the gold.
It didn’t take Canada long to open the scoring after Tanner Howe got the goal siren buzzing less than six minutes into the first period, banking his shot off the back of Noah Erliden in the Swedish goal. Howe created a few more chances tonight and came close but was kept to only one. Shortly after his goal, Canada conceded only their third goal of the week and tied at one for the first time in the tournament. A turnover in the neutral zone gave Hugo Pettersson a ton of open ice ahead of him, and he made no mistake. However, the Canadians didn’t go away and pushed back to regain the lead. That second goal came late in the period from, who else, Ethan Gauthier. Riley Heidt found Gauthier on the edge of the faceoff circle, and he capitalized on the opportunity with a well placed snipe. The Sherbrooke Phoenix forward was lethal for Canada and finished with six goals, which led the tournament.
Canada came out pressing in the second period, and their efforts were rewarded. A fortunate bounce for Calum Ritchie resulted in his fourth for Canada. The puck wrapped around the boards but hit them awkwardly, bouncing right out in front for Ritchie to tap into an open net. Brayden Yager closed the game, putting Canada up 4-1 with less than five to play in the third period.
Shortly after, Oh Canada echoed through the Peavey Mart Centrium in Red Deer as Canada celebrated yet another gold medal.

*quotes from the Hockey Canada Website
“Three weeks ago, we put this roster together, and I felt right away this was a tight group,” said head coach Stéphane Julien. “It’s not easy when you have this much talent, but everyone accepted their role, and I’m so happy for them.”
“This is an unbelievable group of guys. We came to play today and all week long. We had one goal all along, and that was to win, and this feels amazing. The atmosphere was amazing, these fans, this country … this was a great experience,” said Ethan Gauthier.