The Day After 14.0: Oilers gut out 3-2 character win over Lightning 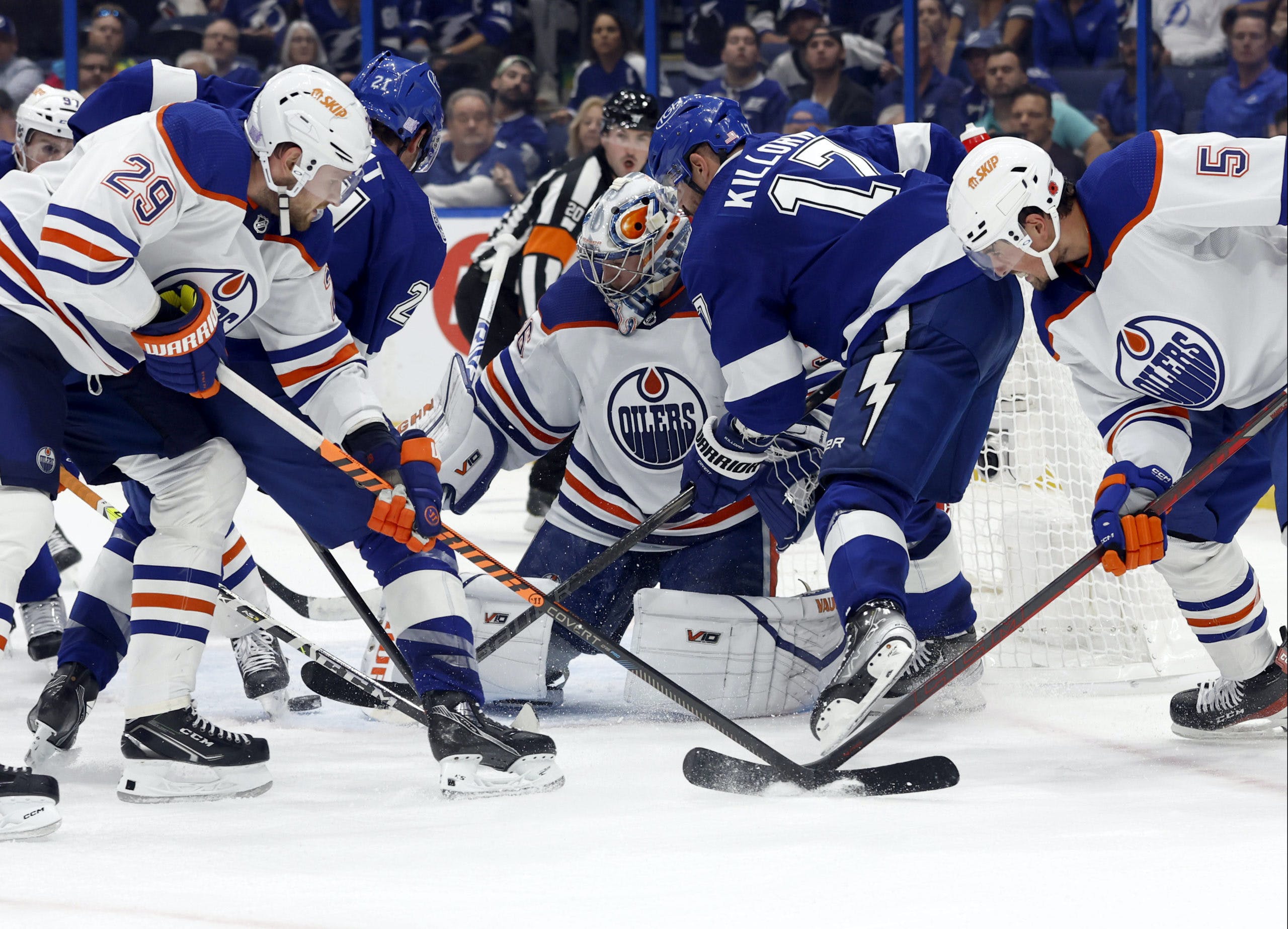 By Zach Laing
2 months ago
The Day After is brought to you by NHL odds site Betway!
Hockey is a brutal sport and we were all reminded of it last night.
While the score read 3-2 in favour of the Oilers, all that matters is that Evander Kane is going to be okay after getting suffering a deep cut to his left wrist.
Around three minutes into the second period Kane was hauled down near the Lightning bench and was incidentally injured by Pat Maroon’s skate. Players on the ice froze as play was stopped as Kane sprinted to the Oilers bench.
Down the tunnel he went, yelling “Help! Help! Help!,” so Sportsnet’s Gene Principe said on the broadcast. Kane was later taken to hospital in stable condition where he’ll likely need surgery.
“First and foremost everyone on our team, in our organization, probably most people in Edmonton are thinking of Evander Kane,” said Oilers head coach Jay Woodcroft after the game. “When an accident like that happens on the ice, that’s where our first thought is.”
The Oilers, who held a 2-1 lead at the time of the injury, rallied after the injury to keep what had been a tight game going. While the Oilers struggled in the first minutes of the game being outshot 7-0 five minutes in, Jack Campbell had his best game as an Edmonton Oiler.
By the end of the night, he turned aside 35 of the 27 shots he faced.
“I thought that was the best game I’ve seen him play in an oilers uniform,” said Woodcroft. “I thought there was a lot of outside shots, but there was a lot of prime scoring chances in the first seven minutes or so.
“He looked calm, he looked confident, he made big saves at the right times. I’m happy for him, because that was a huge win for him personally and that was a huge win for our team.”

Campbell wasn’t the only one who had a big night. Warren Foegele was one of the stars of the show getting the Oilers on the board 7:45 into the game with a shorthanded goal.
It wasn’t just that, either. Foegele played a physical game, was all over the ice, and was a key cog on the Oilers penalty kill. In the dying seconds of the game, he made a key block on a Victor Hedman shot attempt that sealed the win.
For the Oilers, it was a gutty character win at a time when they really needed one. After a five-game win streak, they put up stinkers against the New Jersey Devils, Dallas Stars and the Washington Capitals.
They arrived in Tampa Bay at 3:30 a.m. the morning of the game, killed off all five penalties they took, and went two-for-four on the powerplay. What more could you ask for?
Things won’t get easier this week. The team will now be without Evander Kane indefinitely and the depth of the forward group will be tested. Carolina Thursday and Florida Saturday will be tough games.
Zach Laing is the Nation Network’s news director and senior columnist. He can be followed on Twitter at @zjlaing, or reached by email at zach@oilersnation.com.
Featured
Oilers Talk
Recent articles from Zach Laing