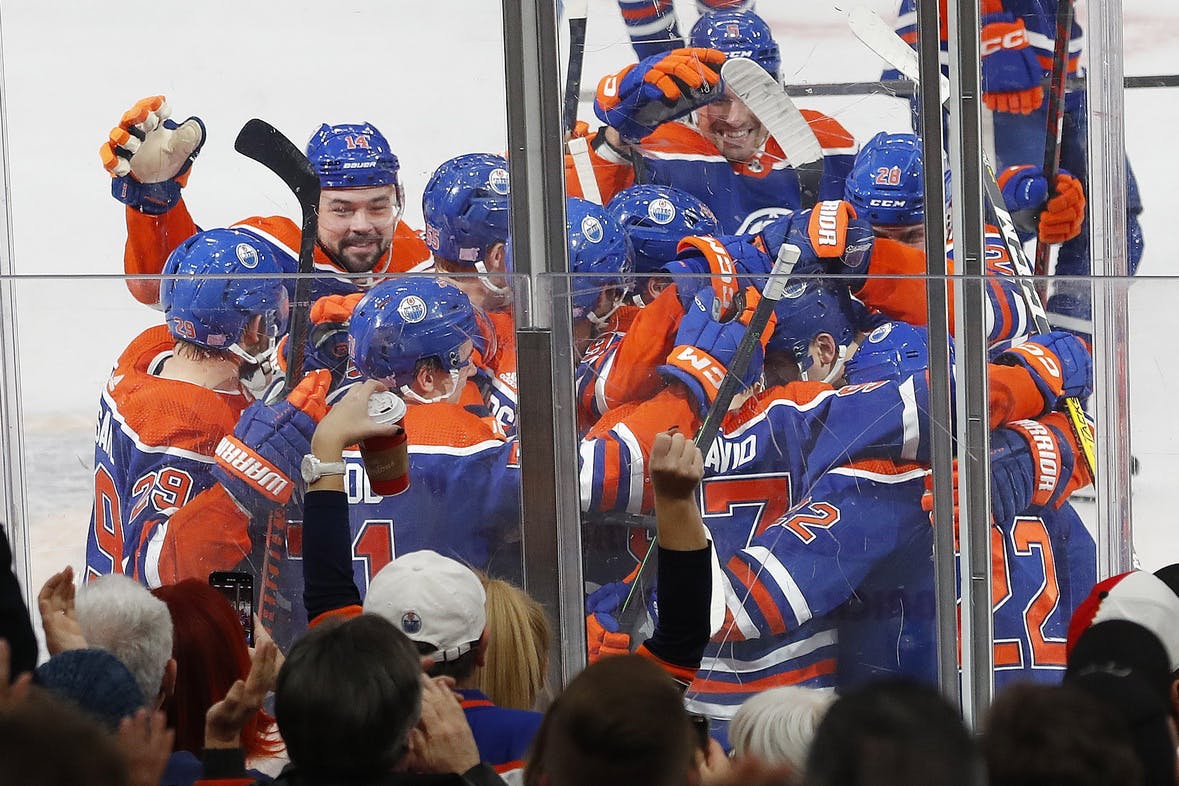 By baggedmilk
11 days ago
The Day After is brought to you by NHL odds site Betway!
How’s that for a huge divisional win for the Edmonton Oilers? Final Score: 4-3 Oilers in OT
After the way the Oilers struggled to manufacture much of anything against the Los Angeles Kings on Wednesday night, the most important thing they could do for themselves was to kick the night off with a strong start. Thankfully, the boys understood the assignment and kicked off the night with a quick goal by Foegele that seemed to set the tone for the rest of the evening. There was hustle, there were hits, and there was a whole lot to like. Put another way, the boys got the start they wanted. But unsurprisingly, the Golden Knights weren’t about to lay down and die and they battled hard until eventually tying the game. What we didn’t know at the time was that this punch and counterpunch seesaw would continue all night.
From start to finish, the Oilers and Golden Knights traded chances and goals to give the fans at Rogers Place plenty to cheer about, but what I liked the most was seeing the way the boys put in the work for a full 60 minutes. Instead of pouring it and then sitting back for a while, the boys played with determination and a purpose we didn’t see against the Kings. It was the kind of game that the Oilers needed to have to not only get back in the win column but also to rebuild the belief that this group can make that happen. With each side holding the lead at one point or another, this game was as exciting as it gets, and even though we’re obviously thrilled the Oilers were the ones to pick up the win, it’s hard not to imagine what the rest of this season series has in store for us.
Next up, the Edmonton Oilers get back on the road for three games with the first coming against the New Jersey Devils on Monday night at 5:00 PM MT.

Warren Foegele opened the scoring with his third goal of the year on a beautiful passing play that saw Ryan Murray hit Ryan Nugent-Hopkins in the slot before relaying the puck to McLovin out in front.
In the dying moments of the first period, Keegan Kolesar tied the game at one apiece on a lucky break after Shea Theodore’s point shot took a friendly bounce into the net off his back.

In my totally biased opinion, I felt like Mark Stone’s penalty shot call was incredibly generous, but NHL refs do not care what we think and just like that, Vegas was up 2-1 on the scoreboard.
Six minutes after Stone put Vegas ahead, Leon Draisaitl tied the game with a goal from his office after Darnell Nurse found him with a cross-ice pass that left the former MVP alone and with time to pick his spot.

Zach Hyman gave the Oilers back their lead after Connor McDavid set him up with a pass to tee off on, burying a bullet behind Adin Hill that he had no chance to stop.
Mark Stone tied the game with his second goal of the night on a ripping shot from the high slot that Skinner couldn’t trap with the glove.

When Connor McDavid is flying into the zone with speed there is absolutely nothing you can do about it. Guy is a cheat code.
What a goal by McDavid, what a finish for the Oilers.
Oilers Talk
Recent articles from baggedmilk