The Day After 19.0: The Oilers have forgotten how to play defence 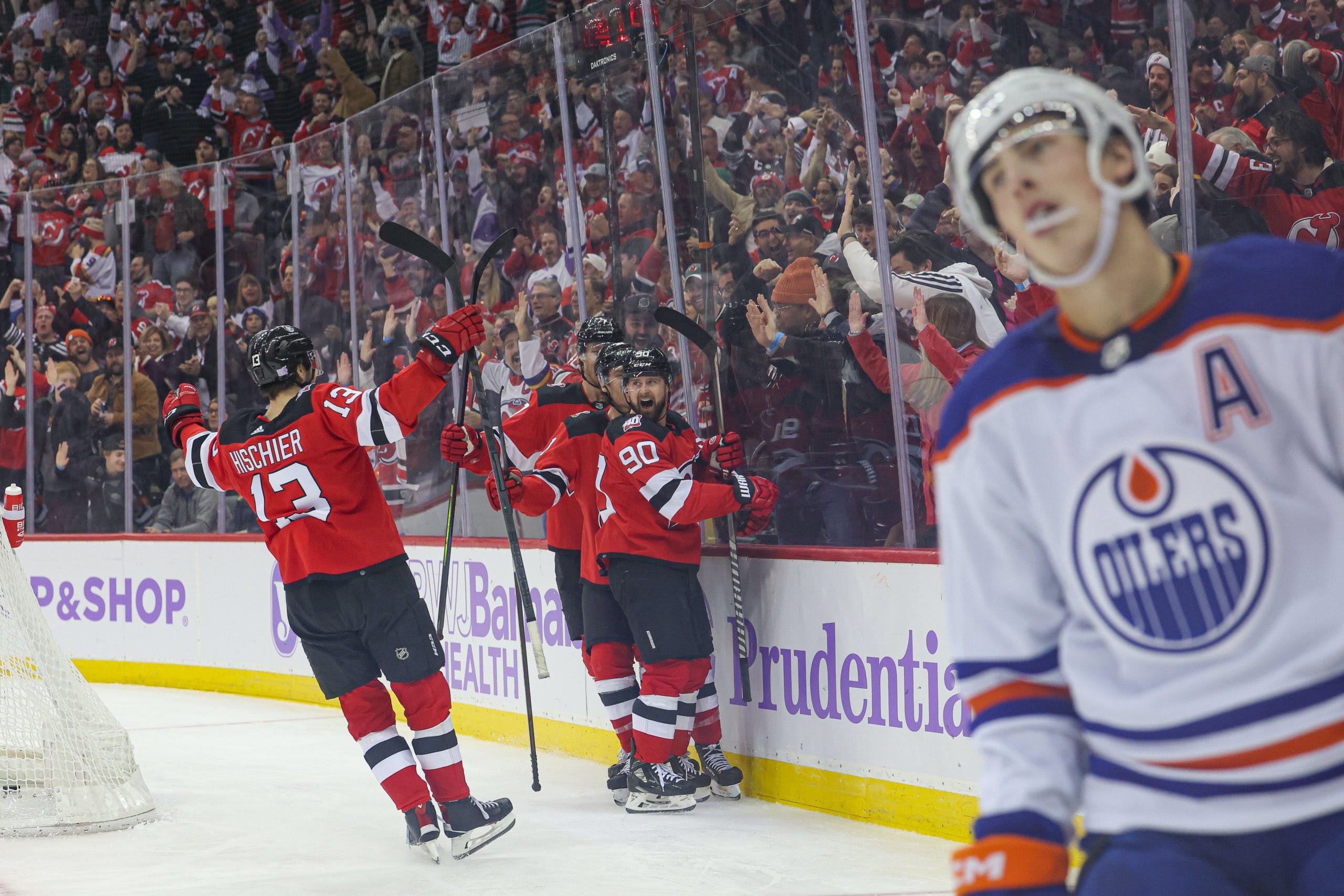 By Zach Laing
2 months ago
The Day After is brought to you by NHL odds site Betway!
Back to the drawing board.
And by drawing board, I mean day one of training camp because since then, the Oilers have seemingly forgotten how to play defence. Last night’s 5-2 loss to the New Jersey Devils was no exception.
Darnell Nurse, the Oilers’ shiny defenceman, was on the ice for three of the Devils’ goals. On Jesper Bratt’s opening goal, he couldn’t get down in front to block the shot. Nurse and his partner Cody Ceci both got caught puck-watching on Damon Severson’s 3-1 goal. And on Tomas Tatar’s 4-2 goal… oof. He disinterestedly drove Dawson Mercer wide of the net as Tyson Barrie let Tatar get a shot off and score on his rebound.
Nurse’s struggles far pre-date Monday’s loss. Far too often he’s made blunder’s in his own zone. Far too often he’s struggled to break up plays at the blueline. Far too often, the mistakes have been costly.
Is it all on Nurse? No, it’s not. But he’s the one expected to make solid defensive plays in moments like these. He’s the one who is being paid to be an elite shutdown defenceman. He’s the one who needs to step up.
Now there are other culprits, too. Every defenceman at one moment or another has had their egregious mistakes. They need to clean things up just as much.
Dave Manson, who has become a defence-whisperer of sorts developing young talent in Bakersfield to go on and play in the big league, has looked everything but. His defencemen look lost. Something’s broken and it needs to be fixed.

There was some good, too. Namely, Jesse Puljujarvi, whose physical play has ramped up this year. He contributed on both the Oilers’ goals. On Leon Draisaitl’s first-period tally, he knocked down a defenceman in front helping create a lane for Leon’s shot to sneak through.
On Ryan Nugent-Hopkins’ third-period marker, it was much of the same. The Big Man in front of the net created a screen, then deflected a shot from the point to Nugent-Hopkins.
While this physical play of Puljujarvi’s seems to be newfound, it’s far from it. Between the 2019-20 and 2021-22 seasons, Puljujarvi laid 6.77 hits per hour at 5×5. The league average for forwards who played over 1000 minutes over that time? 5.45. There were 388 players who hit that time-on-ice criteria and Puljujarvi ranked 112th.
Another bright spot? Evan Bouchard and Ryan Murray. They played 7:03 together at  5×5 and weren’t on the ice for a single goal, good or bad. They controlled 75 percent of the shot attempts and 54.90 percent of the expected goal share. A strong night where the Oilers controlled just 40.86 percent of the shot attempts and 39.29 percent of the expected goal share.
Edmonton finished October heading into November with a five-game winning streak. They then went winless in three games falling to the Devils, Dallas Stars and Washington Capitals early in the month. Since the Oilers have gone win-loss-win-loss-win-loss. Over that whole time, the Oilers have somehow gone 8-5, but have been outscored 51-50. Yuck.
Edmonton has some tough games coming up, too. The Islanders aren’t easy to play against and they see them Wednesday. On Saturday, it’s a matinee against the New York Rangers before the Oilers host a Florida Panthers team that will be hungry next Monday night.
Zach Laing is the Nation Network’s news director and senior columnist. He can be followed on Twitter at @zjlaing, or reached by email at zach@oilersnation.com.
Featured
Nation Takes
Oilers Talk
Recent articles from Zach Laing