The Day After 2.0: Oilers can’t complete comeback after poor start against the Flames 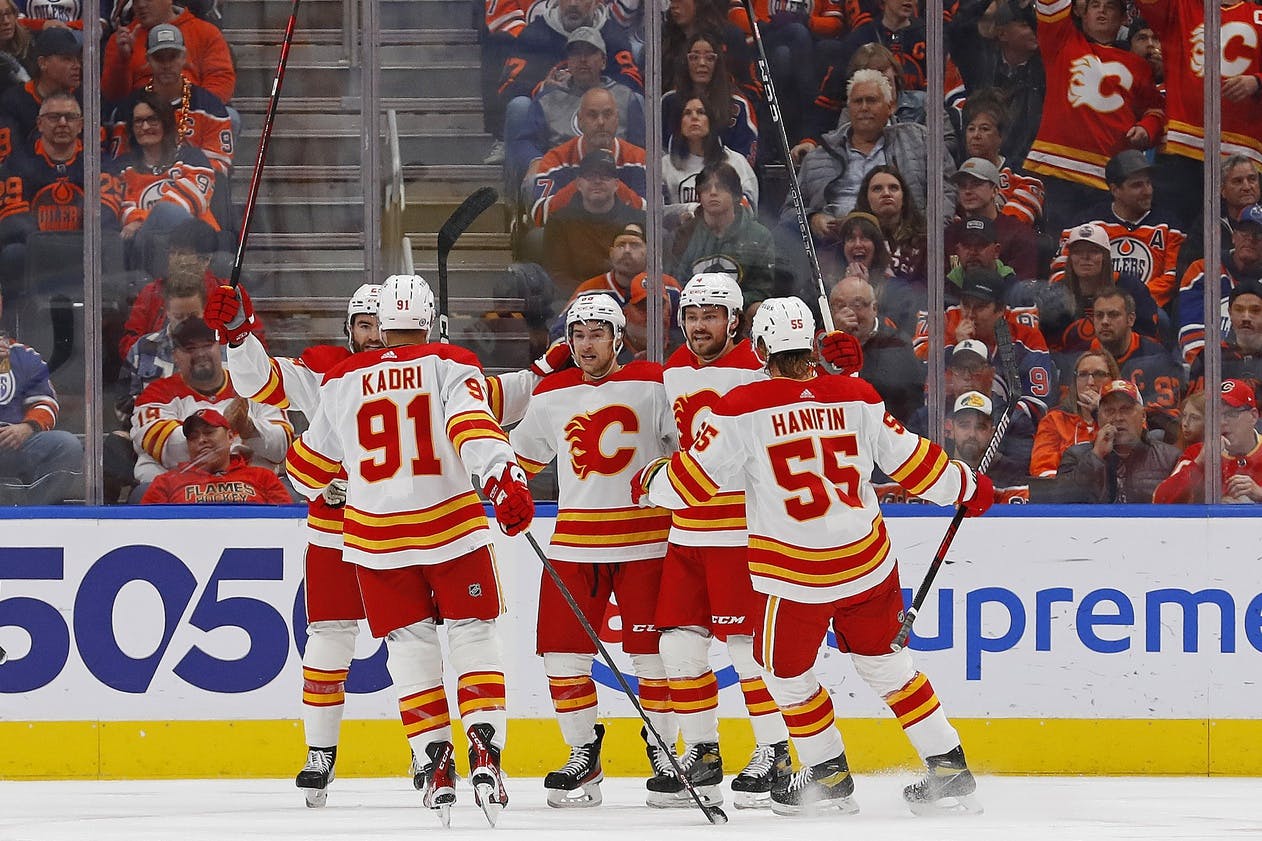 By Cam Lewis
3 months ago
The Calgary Flames had been waiting all summer for that.
After winning their season-opener against the Colorado Avalanche on Thursday, the Flames rolled into Edmonton for their first meeting with the Oilers since losing to their provincial rivals in five games in the second round of last year’s playoffs.
The Oilers simply didn’t match Calgary’s energy early on and the Flames jumped out to a 4-1 lead in the first period. Excellent play from Stuart Skinner, who came into the game in relief of Jack Campbell, kept the Oilers in the game but they couldn’t complete the comeback, as the Flames won 4-3.
Here are my three takeaways from the loss to Calgary…

The bad starts need to end

The Oilers started off poorly in their season-opener against Vancouver on Wednesday as the Canucks jumped out to a 3-0 lead early in the game. While the Oilers were able to pull off a comeback against the Canucks and win the game 5-3, they weren’t able to do so against the Flames, who are a stronger opponent.
Slow starts are a thing we saw last year with both Dave Tippett and Jay Woodcroft behind the bench. It even happened in the playoffs as the Oilers were often playing catch-up against the Los Angeles Kings in the first round and they spotted the Flames in the first two games of the second round.
This is a trend that needs to end. The Oilers will be able to pull off comebacks against mediocre teams but they aren’t going to be able to do so against the league’s best.

The blueline was a concern

Jack Campbell allowing four goals on 11 shots over the course of 10 minutes is the thing that stands out on the scoresheet, but the big issue for the Oilers in their loss to the Flames was the blueline. The pairing of Evan Bouchard and Ryan Murray struggled especially, as they were on for three goals against and often looked lost in the defensive zone.
There will surely be talk about how the Oilers need to make a trade for another top-four defender but it’s very unlikely we’ll see such a move this early in the season, so the solution in the meantime will have to be internal. Rolling with the 11-7 format would be a worthwhile thing to try and Markus Niemelainen could give the team a much-needed physical presence in the defensive zone.

Stuart Skinner was the bright spot

The reason that the Oilers were able to nearly pull off a comeback on Saturday was largely because of the play of Stuart Skinner, who stopped all 31 shots that he faced after coming into the game in relief of Jack Campbell in the first period.
It was Skinner’s first game with the Oilers since all the way back on February 14 of last season in which he posted a 20-save shutout against the San Jose Sharks. It looks like the 23-year-old has picked up right where he left off during his impressive rookie season last year.
We’ll surely see Skinner get the start against the Buffalo Sabres on Tuesday but Campbell should also get an opportunity to redeem himself soon as well. You don’t want Campbell sitting and stewing on that outing for too long, especially considering he was hung out to dry by the defence.