The Day After 25.0: Oilers’ big guns get the job done against the Habs 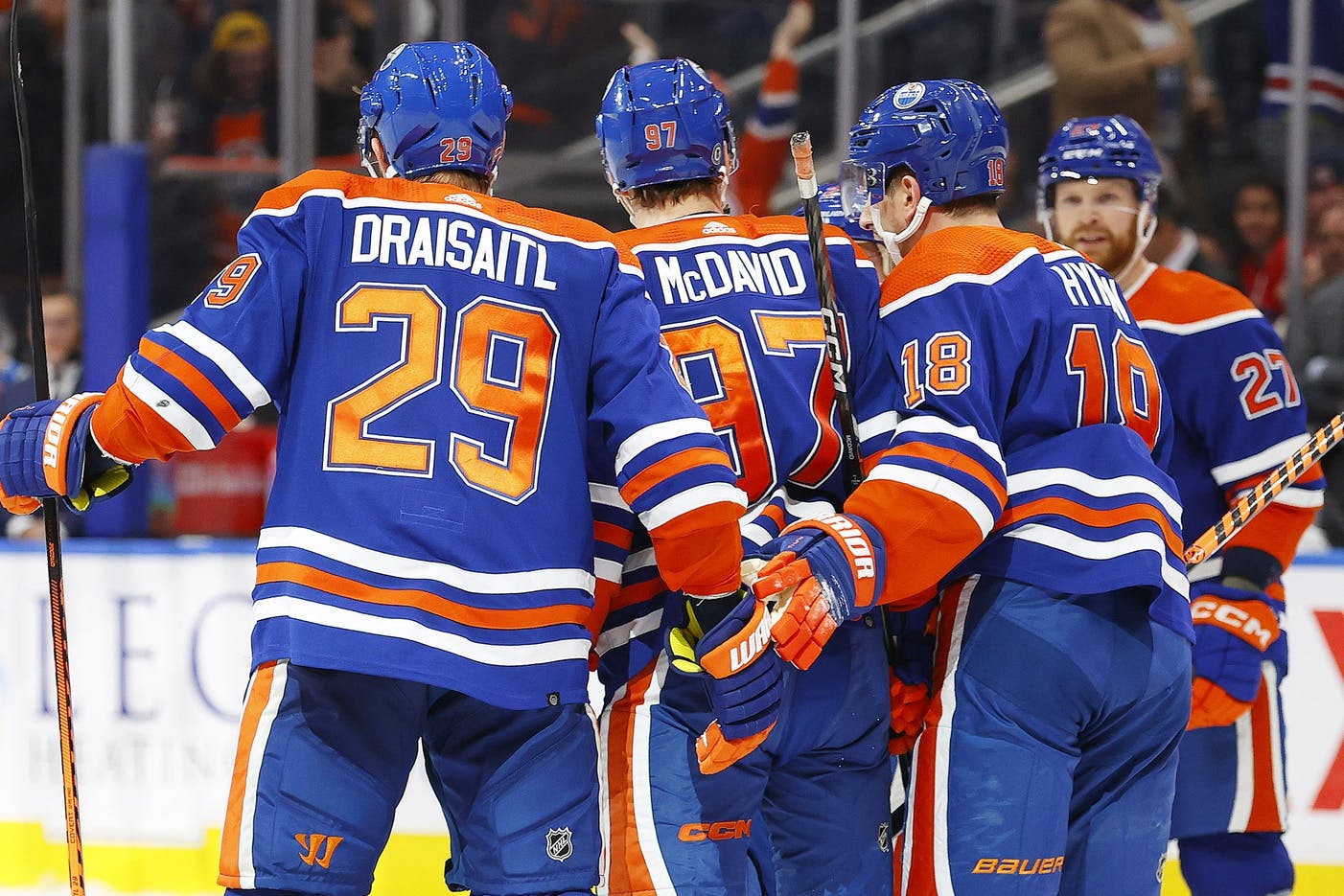 By Cam Lewis
1 month ago
They don’t ask how, they ask how many.
Welcome to our Oilers game day content presented by NHL betting site Betway!
Last season, it took 97 points to make the playoffs in the Western Conference. The Oilers are entering a softer part of their schedule this month with a handful of opponents who are beneath them in the standings. If they can capitalize and rack up some points, life becomes significantly easier down the stretch.
Saturday night’s game against the Montreal Canadiens was a perfect example of two points the Oilers need to pick up. This wasn’t a dominant or pretty win by any stretch of the imagination but the result is all that matters, as the travel-tired, injury-riddled Oilers are far from 100 percent right now.
Nick Suzuki opened the scoring in the first period but the Oilers answered with three power-play goals in the first half of the second frame to take a 3-1 lead. Montreal battled back to tie the game but Darnell Nurse scored right before the end of the second period to give the lead back to Edmonton.
In the third, the Oilers shut the door, and Connor McDavid scored a dazzling goal to give the team some insurance.