The Day After 26.0: Skinner shines but Oilers slide in 3-2 loss to Caps 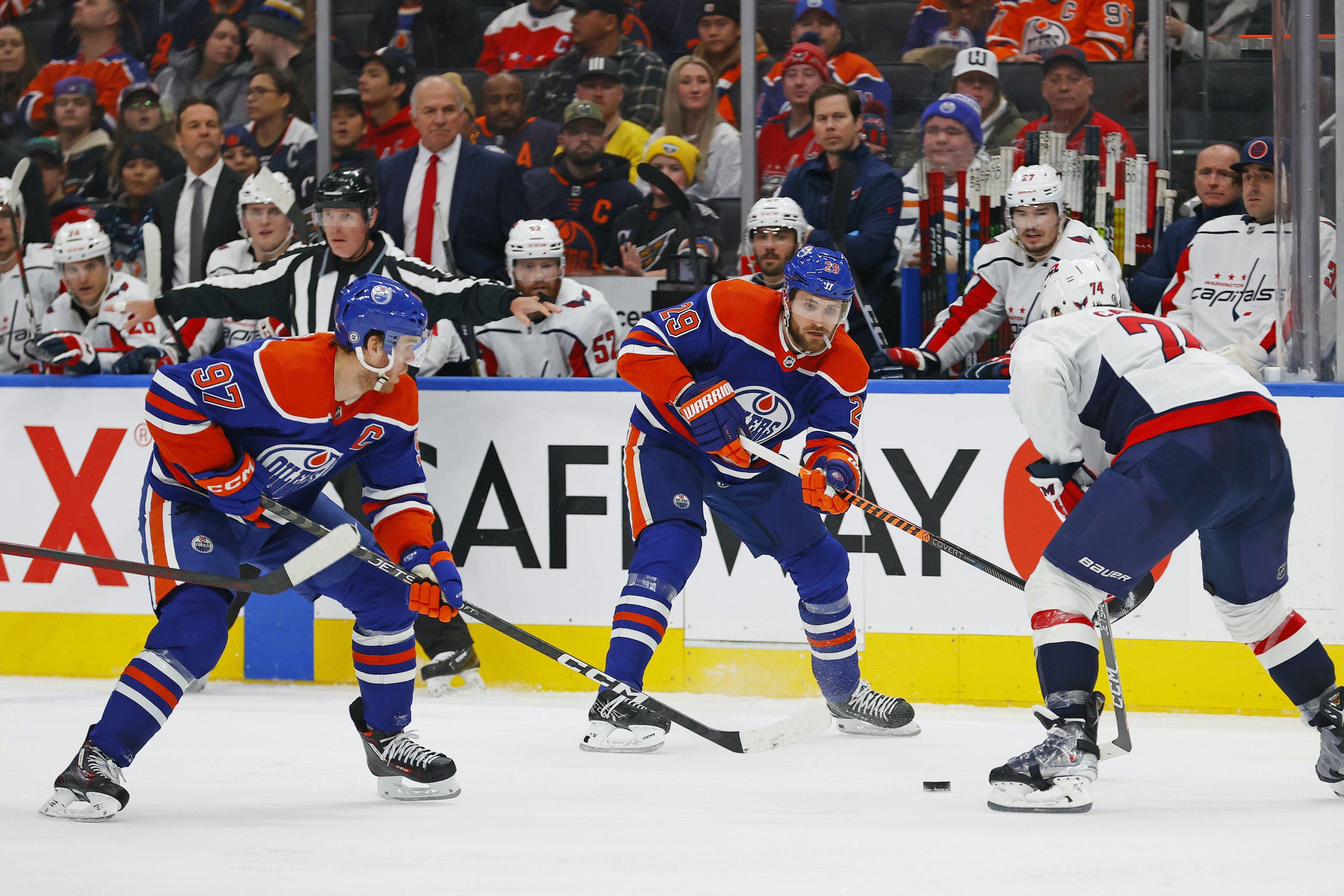 By Zach Laing
1 month ago
The Day After is brought to you by NHL line site Betway!
There are 18 skaters from the Edmonton Oilers last night who owe Stuart Skinner a dinner at Ruth’s Chris Steakhouse, or Japanese Village. His choice, really, because last night the ‘tender was the only player who showed up when he needed to.
While the Oilers fell 3-2, it was Skinner who was the star of the show. The only one who really showed up, to be frank.
He turned aside a staggering 47 of 50 shots faced easily earning the first star. The rest of the skaters? It was not pretty. The Oilers started the game by being outshot 22-12. They finished the second outshot 19-7, and while the Oilers led the shot share 11-9 in the third, it was too little too late.
Oilers head coach Jay Woodcroft’s assesment?
“I thought our guys went in and gave everything they had.”
If that’s everything they had, then we got a problem here. I can understand the sentiment behind a coach standing tall and taking one on the chin for his team, but that performance was far, far from everything they had.

First off, there too many passengers, and far too few drivers. The Oilers have found themselves in this predicament far too often this season. While they didn’t go down 1-0, in fact, they scored the first of the game 1:44 into the second in thanks to a Brett Kulak point shot, they might as well been down after one.
With how heavy they were outshot, the period was heavily one-sided. It never felt like it got any better, either. All night long the Capitals beat the Oilers to pucks. They won the puck battles. They got multiple breakaways, they got multiple looks. Skinner was there to stop as many as he could.
As Oilers Woodcroft said, the Capitals had a plan and they executed on it.
“I think we saw a team volume shoot to break a team down. They have good players as well, they did some nice things,” he said. “Our goalie stood tall. We’re going into the third period tied 2-2 and we made a critical error and it ended up in the back of our net.”
Something’s got to give, and benching Evan Bouchard for the final 10 minutes of the game, but continuting to roll out veterans like Darnell Nurse and Cody Ceci whose games have been as blunderfull is, well, a head-scratcher. A wrong message, to say the least.
There’s no denying the tough situation the Oilers are in with four top-nine players out of the lineup. They’re not the only team dealing with it and they sure can’t use it as an excuse.
Perservere.
Zach Laing is the Nation Network’s news director and senior columnist. He can be followed on Twitter at @zjlaing, or reached by email at zach@oilersnation.com.
Featured
Nation Takes
Oilers Talk
Recent articles from Zach Laing