The Day After 46.0: The Oilers are capitalizing on their opportunity to gain ground in the Pacific Division 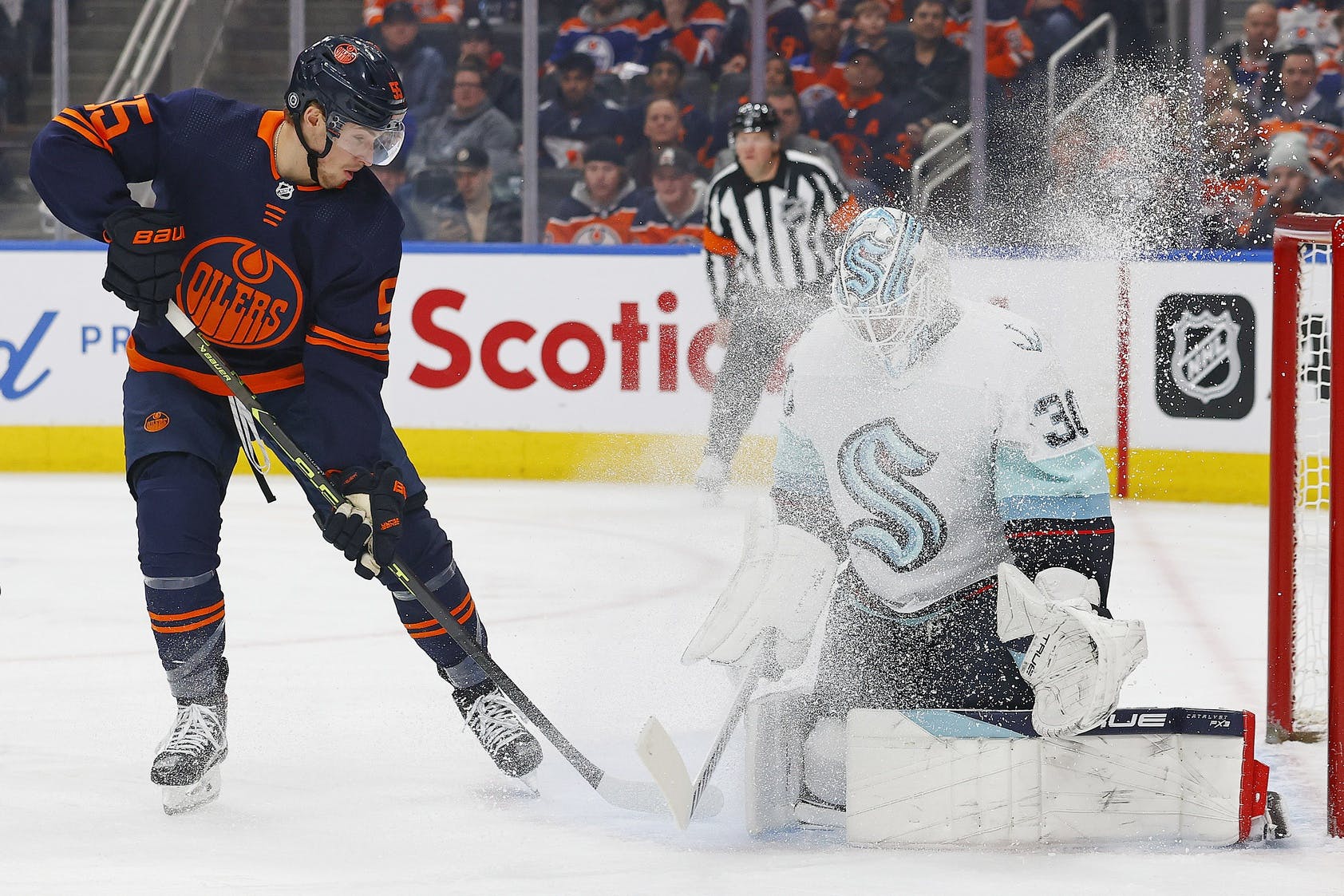 By Cam Lewis
13 days ago
The first few months of the season were a gauntlet for the Edmonton Oilers.
November was loaded with 14 games in 30 nights and two difficult trips out east against contending teams. December was no easier, with 15 games in 31 nights and multiple back-to-backs giving the team little time to rest and recuperate.
The shoe is now on the other foot.
The Seattle Kraken, who had been surging up the standings thanks to an eight-game winning streak that featured an NHL record seven-consecutive wins on the road, travelled to Edmonton one night after losing to the Tampa Bay Lightning at home.
The well-rested Oilers put forward the same effort that resulted in a huge win in Vegas over the Golden Knights on Saturday. They came out strong, didn’t look stressed when Seattle grabbed an early lead, and they continued to push and push even when they took back the lead. Edmonton won the game by a score of 5-2, with all five goals coming at even-strength and from five different players, while Jack Campbell had another strong outing with 31 saves along the way.
Next up, the Oilers host the Lightning, who will be flying into Edmonton tired having just played the Canucks in Vancouver the night before. After that, it’ll be 10 straight games against teams who aren’t in playoff positions.
You still have to play well to earn wins in this league regardless of your opponent, and the Oilers have certainly been doing that, but it’s nice to see that they’ve finally been gifted a part of the schedule that’s advantageous to them after the grind in the first half of the season.

“That’s a good team that we went out and played well against, start to finish,” Darnell Nurse said. “We got ourselves a lead and worked hard… There’s been a real buy-in, you can see it from our group. In our D-zone we’re keeping a lot of stuff to the outside, and when the puck does get to the net, the goalie has to make the first save, but we want to clean up everything around him.”
“We weren’t able to properly string games together. Now we have won (four) in a row,” Zach Hyman said. “We’re playing the right way, we’re playing strong, mature third periods. Playing to our game and making sure we make it difficult on the guys on the other side and understanding the type of game you are in when you’re up. I think that is really encouraging.”