The Day After 47.0: The Oilers passed the test 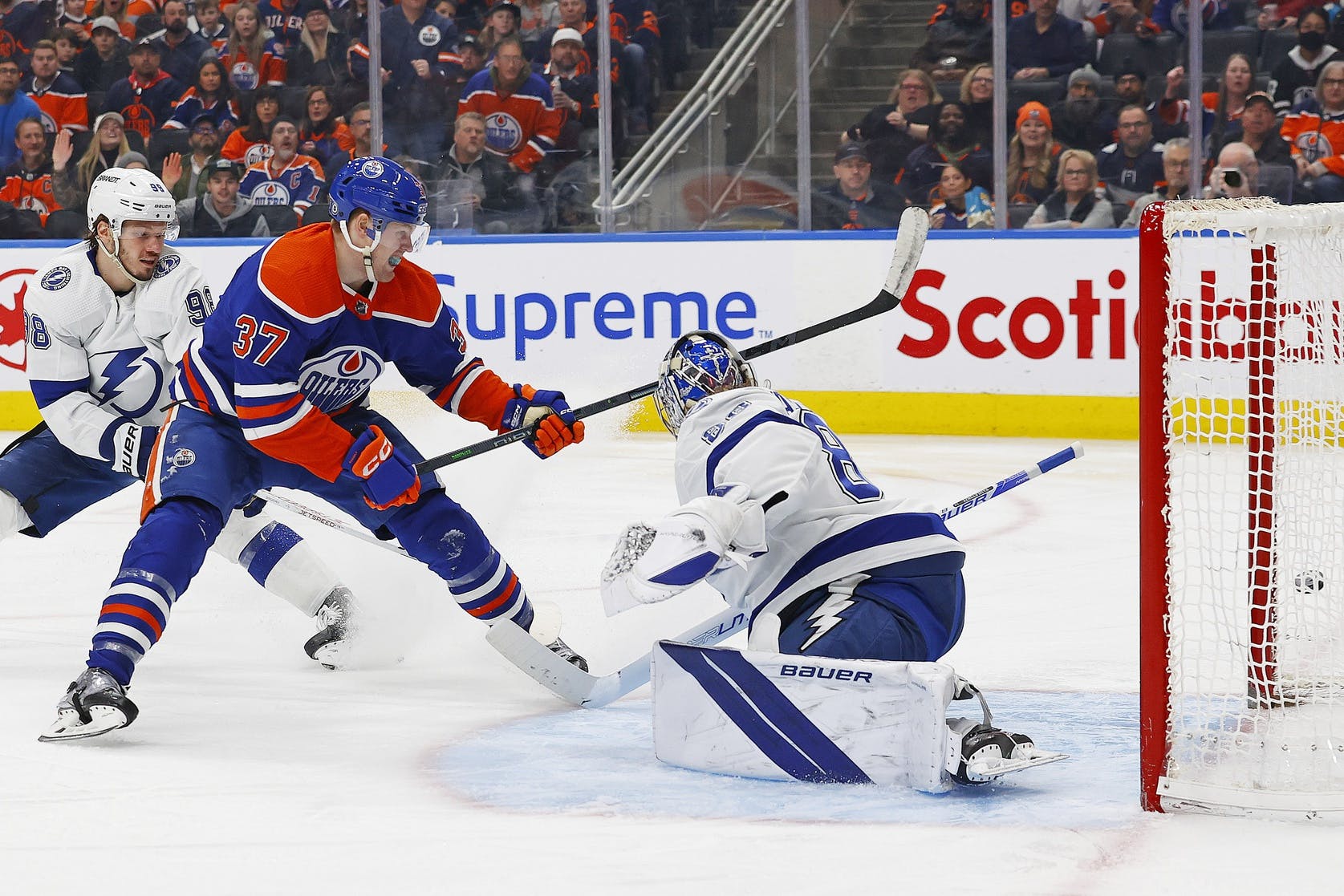 By Cam Lewis
12 days ago
The Tampa Bay Lightning are a measuring stick.
After three-consecutive trips to the Stanley Cup Final and two championships in 2020 and 2021, they’re the gold standard of what NHL clubs in this era aspire to be.
High-intensity, playoff-style games follow the Lightning everywhere they go, partially because of the style of game that they play, but also partially because other teams see their name on the calendar and view Tampa as an opportunity to prove themselves.
In the midst of what appears to be a season-changing run that recently featured back-to-back wins over the top teams in the Pacific Division, the Lightning offered Edmonton a test on Thursday night.
The Oilers came flying out of the gates and earned themselves a 1-0 lead just six minutes in. Late in the first, Pat Maroon did a slew-foot on Connor McDavid and the Oilers made the score 2-0 on the ensuing power play. The chippy play from Tampa didn’t stop there as the Lightning continued to try to rattle the Oilers…
The first frame ended with a fight between Darnell Nurse and Corey Perry and the second frame started with a fight between Klim Kostin and Maroon. The Oilers wanted to stand up for their captain but fell right into Tampa’s trap, as the Lightning knocked them off their game and scored three goals in a dominant second-period showing.
With the score tied at 3-3 heading into the third period, the Oilers got things back on track. McDavid scored a huge goal two minutes into the frame to give Edmonton a 4-3 lead and the Oilers locked things down from there, limiting Tampa to just eight shots on goal in all situations in the period. Zach Hyman buried a shot into the empty net after Tampa pulled their goalie and the Oilers skated away with a 5-3 win.
This was the type of game that the Oilers of November and December would have let slip away, but the team has found its groove with fast starts and strong finishes. The Lightning, a team that knows how to beat all kinds of opponents in all kinds of situations, offered a great test with chippy, agitating play along with quick offence created out of nothing, and the Oilers passed with flying colours.

“I think that’s the quality of a team that’s been in the Stanley Cup Final for the last three years,” Head Coach Jay Woodcroft said. “If they come out and they play a period where they feel it’s devoid of emotion, they look to create it.”
“We’ve talked about that a little bit in the locker room,” Derek Ryan said. “Going into third periods, we feel like we have a chance to be mature, be professional, and that’s kind of been a little bit of a stigma in the last season. Maybe earlier in parts of the season we weren’t having the best thirds, so I think our mentality has changed a little bit and it’s been nice.”
“I think the confidence is growing in the group,” Connor McDavid said. “You can feel it on the ice, you can feel it around the room. Confidence is a big thing and you’ve got to earn it, and it goes back to taking it one day at a time. I think we’ve done a good job of doing that since the second half started here.”