The Day After: Another shutout from Mike Smith puts Edmonton out of Vegas’ reach 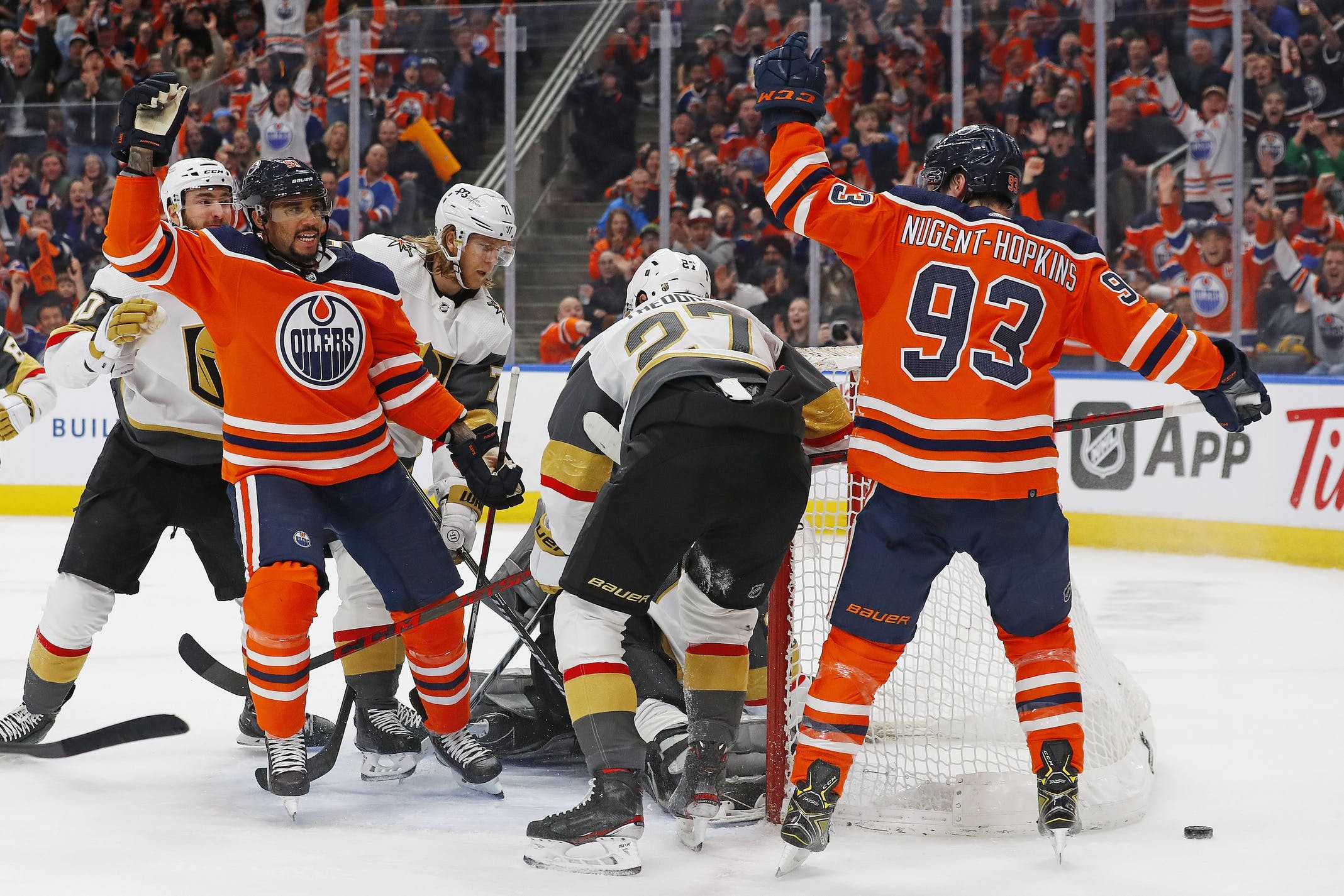 By Cam Lewis
7 months ago
That’s what we call a four-point win.
The Oilers beat the Golden Knights by a score of 4-0, and, in the process, they put seven points between themselves and Vegas in the standings.
Connor McDavid and Leon Draisaitl were held off the scoresheet, but Edmonton found offence from some unlikely sources. Kris Russell scored his first goal in nearly three years to open the scoring, Cody Ceci and Warren Foegele scored early in the third period to pad the lead, and then Ryan Nugent-Hopkins put the game away with a short-handed goal.
Mike Smith was the star of the game, as he stopped all 39 shots that the Golden Knights threw at him. It was his second shutout of the season and second shutout in a row, as Smith became just the sixth goaltender to put up back-to-back shutouts after his 40th birthday.
The greybeard is certainly finding his groove at the right time. Over his last five outings, Smith has posted a .976 save percentage.
Edmonton’s team defence also deserves some credit for Saturday’s win. While the Oilers and Golden Knights were close on the shot clock, Edmonton was well ahead of Vegas in terms of high-danger chances, leading 13-to-8. It wasn’t often that the Golden Knights had prime chances, but, when they did, Smith was there. 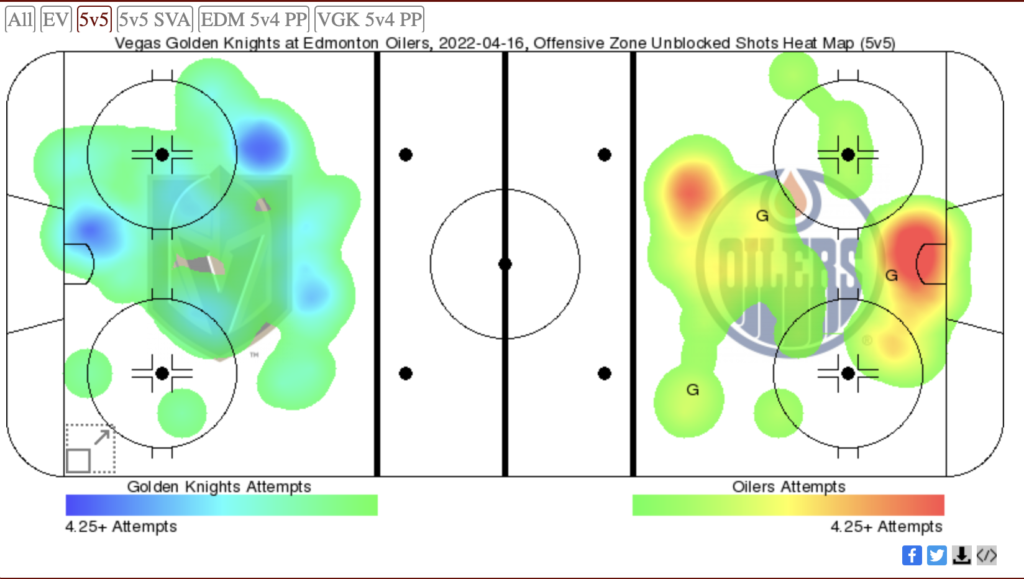 “You want to be going in on a high and playing your best hockey. I’m a huge proponent that it’s not a switch that you just flick on and off when you want. The game’s too difficult, winning’s too hard.
I’ve really been working hard to get it back on the rails and over the last month or so I’ve been playing some solid hockey,” said Smith. “At this time of the season, you want to be on the top of your game and be a big reason why you’re headed to the playoffs and in the playoffs and playing your best games to give the team the best chance to win.”
Mike Smith, on his hot play as of late.
“Connor has been driving the bus. Whether he’s pointless or not tonight, the way he’s working away from the puck. … I don’t think he gets enough credit for how he’s really committed to the defensive side of the puck and his battle level, the compete level.
When you see your captain – who’s over 100 points (and first in) the scoring race – competing like he is, I think it doesn’t give you any excuse but to jump in and play the way he is. It’s been impressive to watch.”
– Mike Smith, on Connor McDavid
“They didn’t have a point today, but they were the two happiest guys on the bench when the clock was ticking down … they’re driven to win.”
Jay Woodcroft, on Connor McDavid and Leon Draisaitl.
“Less than 48 hours removed from a six-goal performance against the division-leading Calgary Flames, the Golden Knights were shut out by the Oilers, 4-0, on Saturday in Edmonton.
The games were a stunning juxtaposition, not only in Vegas’ offensive output but also in the chances the Golden Knights were able to generate in general. Edmonton isn’t known for its defensive structure, ranking in the bottom half of the NHL in goals allowed, but the Oilers played disciplined hockey Saturday to eliminate Vegas’ rush chances, and the Golden Knights didn’t have an answer.
The Golden Knights were successful offensively in the prior game by carrying the puck into the zone with speed and heading straight for the net. Over the past several seasons, Vegas has proved to be one of the most dangerous teams in the league in transition, and it forced the issue against the talented Flames on Thursday. The issue is the Golden Knights seem to live and die by transition offense, which can be an issue late in the season and even more so in the playoffs.”
– Jesse Granger, The Athletic