The Day After: Reading the tea leaves on the Oilers playoff lines 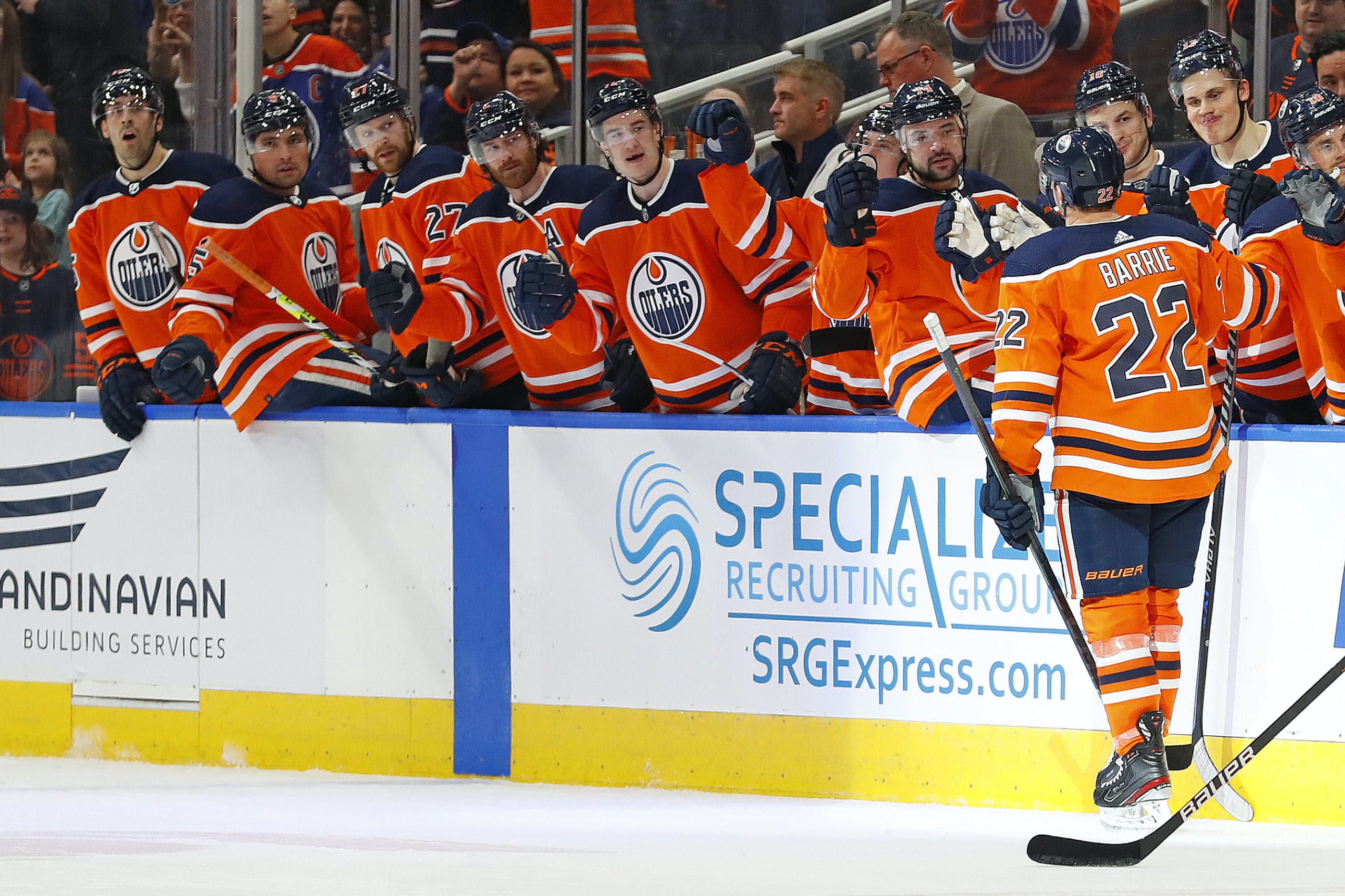 By Zach Laing
7 months ago
Signed, sealed, delivered. The Edmonton Oilers 2021-22 regular season is wrapped up.
It came in the fashion of a 3-2 SO win against the Vancouver Canucks in what was, for the most part, a completely meaningless game.
There were, however, some tea leaves that could be read from the game. The Oilers sent Philip Broberg down to the minors yesterday signalling the team will roll 12/6. I pondered yesterday if they would go 11/7.
By going with Mikko Koskinen both last night and Thursday, the Oilers are signalling they want Mike Smith healthy and ready to go for game one of the playoffs on Monday.
On the Oilers backend, things remained status quo: Brett Kulak filled in for Darnell Nurse on the top pairing alongside Cody Ceci, while Duncan Keith and Evan Bouchard held down the second pair. On the third were Kris Russell and Tyson Barrie. If Nurse is good to go for game one, look for Russell to bump out of the lineup with Kulak sliding back down to that third pairing. The defence is fairly easy to project.
But for the forward group, things could get interesting. Here are the Oilers’ top-four lines from last night, based on 5×5 TOI:
Evander Kane – Ryan McLeod – Kailer Yamamoto
Zach Hyman – Devin Shore  – Jesse Puljujarvi
Warren Foegele – Ryan Nugent-Hopkins – Derek Ryan
Josh Archibald – Derick Brassard – Zack Kassian
I don’t think this is far from what the Oilers could run at all, with the Oilers’ stars in the mix, of course.
The top line would feature Kane – McDavid – Yamamoto — a trio that has been very effective for the Oilers. In 192:34 5×5 TOI this year, they were a strong line. They controlled 57.04 percent of the shot attempts, 65.38 percent of the goals scored and 60.75 percent of the expected goal share. They shot the lights out with an on-ice shooting percentage of 13.93, which I would expect to drop, but their on-ice save percentage of .894 will surely climb, too. Kane and McDavid have been a great 1-2 punch on the Oilers top line for some time, and I actually like Yamamoto up there. While Yamamoto has played more minutes with Leon Draisaitl this year, his results with McDavid are much better.
The second line would be Hyman – Draisaitl – Puljujarvi — a line I like a lot. In previous matchups, the Kings have matched the Anze Kopitar line and dominated against Draisaitl. Puljujarvi has been the Oilers’ best player in terms of two-way play, and he would have a massive effect in a tough battle against Kopitar. What would be the Oilers’ second line hasn’t played much this year — just 59:28, but controlled 56.25 percent of the shot attempts, 57.14 percent of the goals scored and 59.68 percent of the expected goal share. Similar to what the top line could be, the second line has a high oish% of 13.79, but a slightly higher oisv% of .900. As a whole, I like the makeup of this line.
The third line would be Foegele – Nugent-Hopkins – Ryan and could be a trio that is incredibly useful. This isn’t a line that’s going to go out there and score a bunch of goals, but they’re going to give you incredibly effective minutes every time they step out on the ice. They’ve played 128:11 TOI together this season at 5×5 controlling 50.63 percent of the shot attempts,57.14 percent of the goals scored and 47.33 percent of the expected goal share. Again, a slightly high 11.59 oish% could drop, but I’ve liked the way this line has played.
Line four is where things could be a little bit interesting. There are a few ways this could go, but I think Kassian – McLeod – Brassard is the way Woodcroft and co. goes. These three haven’t played much together — just 22:16 this season — but the results haven’t been terrible. At 5×5, they controlled 69.23 percent of the shot attempts, were outscored 1-0, and controlled 48.63 percent of the expected goal share. The sample size is wildly small here, but their ability to control the pace of play is a positive. Playoff Kassian should hopefully be in full swing, and McLeod has shown his ability to be a dynamic player who can play up and down the lineup. Brassard, meanwhile, has been physical and responsible while doing a good job controlling the pace of play.
All of this could change, and I guess in the end it’s all speculation at this point in time. In saying that, Jay Woodcroft is a smart coach who won’t hesitate to shake things up with the lines in order to create matchups that are favourable for the Oilers.
Only two sleeps until playoff hockey.

Do you think you know who will take home hockey’s ultimate prize? Do you think you can put together the ultimate playoff bracket? Sign up for a FREE ACCOUNT for the Daily Faceoff Playoff Bracket Challenge presented by PointsBet Canada to secure your spot for a chance at prices and glory! Sign up here.
Nation Takes
News
Oilers Talk
Recent articles from Zach Laing